Impact mark on Jupiter, 19th July 2009 Anthony Wesley. Something may have hit Jupiter!

Does This Mean We Will Be Getting a Pepper Spray Fee? Bob Lawless, Credit Slips

Ketchup and the housing bubble Paul Krugman. Two findings: Larry Summers did say something intelligent once. Eugene Fama, even though he co-authored the famous “Beta is dead” paper after being one of the leading “efficient markets” thinkers, never got over his earlier beliefs.

Reborn masters of the universe Guardian. See the new meme? “Oh yes, there were the real screw ups, like UBS and Citi, but some of the banks are well capitalized and have good risk controls.” Bunk. Where would they be without massive liquidity facilities and the AIG bailout? Goldman ran to Buffett for a costly lifeline. And the fact they needed those to survive puts the “good risk controls” belief in serious doubt.

Antidote du jour (hat tip reader Barbara). Three lion cubs feed on the milk of a dog after their mother abandoned them after birth, at the Safari Park in Hefei, China: 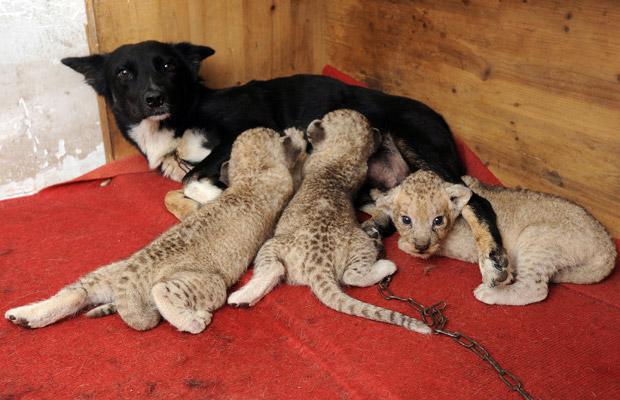