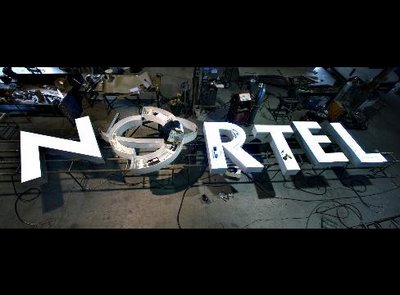 Submitted by Leo Kolivakis, publisher of Pension Pulse.
Nortel Networks pensioners are calling for action by governments at all levels after a U.S. government agency seized control of the U.S. Nortel pension plan:

They say they’re worried that the U.S. Pension Benefit Guaranty Corp. will try to get Canadian assets of the insolvent company to cover a $514-million deficit in the U.S. pension plan.

With the Nortel Networks pension plan in more trouble than previously believed, the U.S. government stepped in Friday to take control of the U.S. pension plan and guarantee the pensions of 23,000 employees and retirees in that country.

Canadian Nortel pensioners fear the U.S. agency, a quasi-governent agency backed by the U.S. government, will act quickly to try to protect U.S. interests. It sits on the official creditors committee in the Nortel bankruptcy action and has lots of experience taking over pension plans after a string of airline, steel and other industrial bankruptcies.

For Nortel U.S. employees and pensioners, the takeover is good news because it guarantees that pensions of as much as $54,000 US annually will be paid from the Pension Benefit Guaranty Corp. fund.But for more than 20,000 Canadian Nortel pensioners, employees and people with rights to future pensions, the future is much bleaker. The U.S. action means their hopes that their pension plan will survive the Nortel bankruptcy are effectively dead. Only Ontario guarantees pensions of up to $12,000 annually and only for work that was performed in the province.

The estimated 40% of Nortel employees who worked in Montreal, Calgary and other provinces have no guarantees.

This is shaping up to be a very interesting case. Forget trade wars, pension wars might be the next big international dispute.