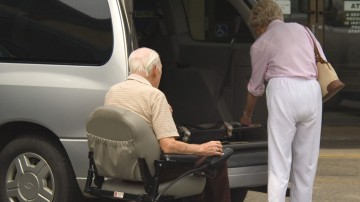 Tara Perkins of the Globe and Mail reports that the life insurance industry pushes pension fix:

Canada’s life insurers are proposing sweeping changes they say would allow the industry to help fix troubles in the pension system, lobbying against a push by some provinces for a new national plan.

The industry’s drive comes amid a raging debate over the problems, exacerbated by the recession and tumultuous stock markets, with how Canadians save for retirement. Aging baby boomers and the slow extinction of defined benefit plans are among the factors that have left many without sufficient financial protection for their retirement.

Alberta and British Columbia have been pushing a proposal to create a new national system for Canadians without a workplace plan. This voluntary plan would be in addition to the Canada Pension Plan and would be in the form of defined contribution, meaning the participants would receive payments that depend on the plan’s investment income.

Provincial premiers met in Regina last week and called on Ottawa for a national summit on retirement income, directing their finance ministers to report this year on ways that both private and public sector plans can be improved.

The life insurance industry, which is responsible for about two-thirds of defined contribution plans in Canada, has also been talking to provincial and federal governments about “private sector solutions that we think will be as effective as any government-sponsored ones,” said Frank Swedlove, president of the Canadian Life and Health Insurance Association.

“Some of the proposals that have been made raise some concerns for us,” Mr. Swedlove said. “Some of these proposals relate to a government-sponsored defined contribution plan, and we don’t think that that’s the best way to go.

“We think there are opportunities to increase pension activity for Canadians by changing some of the pension rules that exist in the country.”

Donald Stewart, chief executive officer of Sun Life Financial, the biggest industry player in the game, agreed the private sector can service the country’s retirement needs, and said it is calling on government to update pension laws to spur further involvement.

The industry wants the government to alter the Income Tax Act so that a pension plan sponsor need not have a specific relation with, or be an employer of, a participant in a defined contribution plan.

That would mean life insurers and others could sponsor an umbrella plan that could take in a number of companies and, the industry argues, make it easier for many small and mid-sized businesses to offer pensions to their employees.

It could also mean more self-employed people are able to access pensions.

The industry also wants changes to employment standards laws that would allow for the indexing of pension contributions so that contribution rates could be automatically indexed based on age and other factors. That could help new employees who aren’t yet prepared to contribute as much.

More broadly, life insurers want a major overhaul of federal and provincial pension laws in general. The laws were written in an era of defined benefit plans, and have not been properly updated following the dramatic shift toward defined contribution plans, they argue. The laws also fall into a patchwork system of federal and provincial rules that the insurers believe must be harmonized.

“If you have consistent plans, individuals can be mobile across the country,” said Sue Reibel, senior vice-president of Manulife Financial’s Canadian Group savings and retirement solutions. She has spoken to the Alberta and Ontario finance ministers, and travelled to Ottawa on the issue. “One of the things that we all agreed on is that we need to do more,” she said. “We agree that we need to enhance Canadian savings.”

She would like to see changes to the savings legislation that would give Canadians a lifetime RRSP contribution limit, rather than an annual one, similar to what Britain now has. That would give people the flexibility to contribute more when they can, and also account for the natural tendency to save more with age.

With such changes, government can spur retirement savings without intervening in the system further, the industry argues. “As a taxpayer, if I divorce myself from my company, I would step back and say that we’ve got a private sector that built everything,” Ms. Reibel said. “They’ve been building the business for the last 10 years, which is when the defined contribution business really started to grow. Why would you build a new one to do exactly what’s there, unless to point to it and say it’s broken? And I don’t think anyone’s pointed to it and said we’re not doing a good job.”

I am not surprised to see the insurance industry lobbying hard to get a piece of the pension pie. There is a lot of money at stake here and they want a piece of the action.

But no matter what the insurance industry of Canada claims, a “private sector solution” to our pension ills will not be anywhere near as effective as setting up large government sponsored defined-benefit plans that cover all Canadians. Some want an expanded CPP but I have serious problems giving the Canada Pension Plan Investment Board more money and more power. They are big enough and they have not been nearly as transparent as they claim to be.

I think we need to get rid of private sector pension schemes altogether and replace them with several large public defined-benefit plans (similar to what they have in Sweden), cap them at a certain size, set up the best governance rules and oversight possible and let these funds manage money on behalf of all Canadians, not just public sector workers.

The solution to this crisis is not more “private sector” defined-contribution plans sponsored by the insurance industry. Sure, the insurance industry will lobby hard for to get a piece of the pension pie because they want to increase their profits, but they know that a public defined-benefit plan is the only credible long-term solution. That is exactly what they fear the most which is why they are going to fight tooth and nail against any publicly sponsored universal pension plan.

Like health care, pensions cry out for public programs. Our public pensions – Old Age Security and Canada Pension Plan – have helped keep seniors out of poverty. But the amounts provided under these programs are low and need to be topped up. Yet less than 40 per cent of Canadians have private pensions to supplement their retirement incomes.

The best way to ensure better pension coverage for all Canadians would be to put more money into our public programs.

Another promising idea, promoted by some provincial governments, involves government setting up multi-employer “super pension funds” that would operate on a non-profit basis.

Jack Mintz doesn’t like this idea. In an op-ed piece in the National Post last May, he attacked it as “dangerous.”

Just why is it dangerous? Well, it seems it’s dangerous to the interests of banks and insurance companies because, as Mintz explained, they would have trouble competing with the non-profit pension funds.

Interestingly, this is the same argument American conservatives use against Obama’s public health-care plan – that private insurers would have trouble competing with it.

Which raises the question: whose interests come first? If we have to choose between leaving elderly Canadians at risk of slipping into poverty or making it harder for banks and insurance companies to compete in the pension market, is that really a tough choice – except perhaps for Jack Mintz, Stephen Harper and others on the Canadian right?