OPEC — those numbers just keep going up The Barrel (hat tip reader Michael). Production, that is.

The Gifts that Keep on Taking Michael Panzner

‘Urgency’ Drives SEC Crackdown Wall Street Journal. This is not what anyone expected from Mary Shapiro. Will this lead to lasting change, or is it merely a flurry of activity to look responsive?

He is so tiny, visitors often assume he’s a stuffed toy.

Standing at 59cm tall, if Koda the horse wants an equal he has to turn to the vetinary cat for company.

The ‘American miniature’ horse – who suffers the double-whammy of being born a dwarf – has had a bout of health problems caused by his size, but he is now recovering and enjoying the life of a pampered pet. The cheeky ‘American miniature’ horse was always meant to be small but at birth vets soon realised he was dinky even for his breed.

‘He was no bigger than a cat,’ said his vet Andy Lynch. ‘He was diagnosed as a dwarf soon after birth.’

Koda’s condition is rare and Lynch is amazed that he’s still alive and kicking at 13-months-old despite a torrent of health problems.

Brave Koda has had lots of surgery to correct his stumpy, buckled legs but that hasn’t helped his peculiar face. His lower jaw juts out and he has bulging eyes, upturned nostrils and a wrinkled nose.

‘He had a punky look, a fuzzy forelock and his mane stuck up like a mohawk,’ Dr Lynch said. 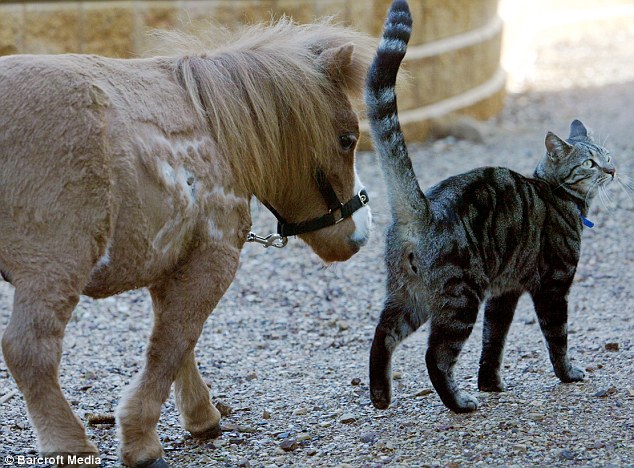 Koda’s poor health prognosis left Dr Lynch with little doubt he should be put down.

But veterinary nurse Karen Stephenson, 23, was astounded by the resilience and spirit of the pint-sized pony.
‘I’d never seen a miniature horse and I just thought him amazing,’ she said.

‘I fell in love with him as soon as I saw him and thought he deserved a go at some good quality life, so I took him on.’ 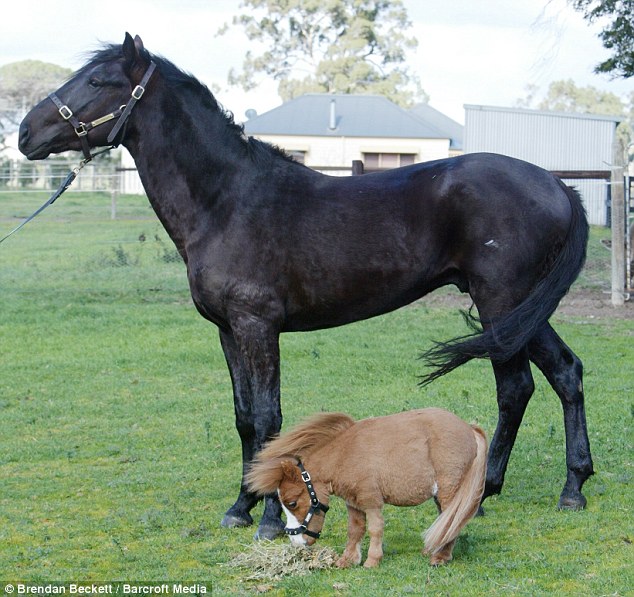 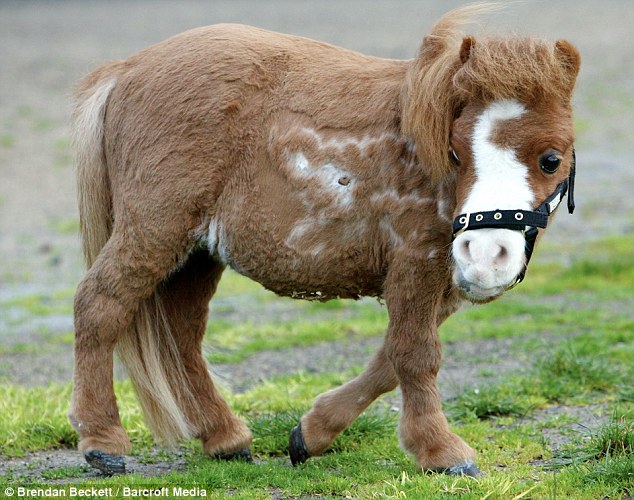 The next step is extensive dentistry to remove protruding adult teeth that won’t fit in his little mouth.

He has recovered well from every operation so far.

‘He’s everyone’s friend but he’s also got a very naughty streak and he’ll chew just about anything,’ he added.