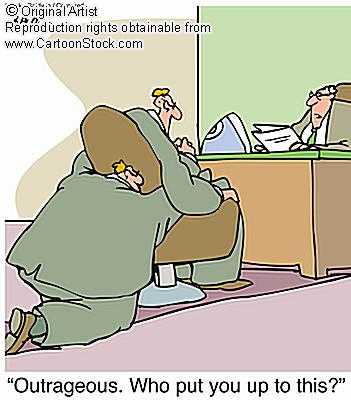 A week ago, MacLean’s magazine published an article, Pressure rises to protect our pensions:

At long last, there is a ray of hope for workers whose employers have filed for bankruptcy. Currently pensioners, the disabled, and employees owed severance pay are treated the same way as banks and other sophisticated creditors: when a company goes under, they have to get in line to fight for a piece of what’s left with everyone else.

But a group of former Nortel employees is looking to change that. They have asked the federal government to make an emergency amendment to the Bankruptcy and Insolvency Act to give preferred status to the claims of pensioners, the disabled and severed employees—essentially putting workers at the front of the line.

In principle, there is already agreement to consider the amendment amongst all the federal political parties. Driven by concern that Nortel pensioners could lose 30 to 40 per cent of their pension income, on June 16 NDP MP Wayne Marston (Hamilton East- Stoney Creek) introduced a motion in the House of Commons to look into putting pension fund claimants ahead of other creditors in the event of bankruptcy proceedings. It was passed with unanimous support.

“I am optimistic that politicians could consider making the emergency change when they come back to the legislature in the fall,” says Diane Urquhart, a financial analyst and adviser to the Nortel Pensioners and Severed Employees. “Our bankruptcy law is way out of date with respect to new developments in the marketplace.”

Still, the amendment protecting pensioners is only the first step. According to lawyer Philip Slayton, disability plan members and severed employees need more protection too. The amount of money remaining for them is “grossly inadequate,” he says.

In fact, says Urquhart, if things don’t change, many disabled Nortel employees and employees owed severance pay will likely lose 90 per cent of the money they’re owed—income that is “otherwise obligatory under employment standards set by provincial laws and common law precedents.”

Diane Urquhart wrote an excellent analysis on the Nortel bankruptcy, Bond Owners Use Credit Default Swaps to Gain, While Pensioners, Disabled and Terminated Employees Told to Share the Pain (click here to download the PDF file).

I urge you to take the time to read Diane’s entire analysis. I quote the following:

The old premise of balance or equal compromise in Canada’s bankruptcy laws between employment related claims and bond claims is as obsolete as the horse and buggy.

The Federal Bankruptcy and Insolvency Act (BIA) is based on the goal of balance or equal compromise amongst employment related claims and bond holder claims, but the metrics used no longer make sense due to the evolution of the credit default swap (CDS) market. Under the BIA, pension, health and long term disability plan deficits and unpaid severance are creditor claims treated the same as bond owners’ claims. If there is inadequate assets for disbursement, under the current BIA, balance or equal compromise means, for example as shown in Figure 1, that for every $1.00 of employment related claims and every $1.00 of face amount of bonds outstanding, the loss ratio of say -$0.60 per $1.00 of claim is the same for the two types of claims.

Prior to the invention of credit default swaps, there was no vehicle for bond owners to transfer the risk of a credit default or other credit event to third parties. In a CDS, the bond owner “sells” his credit risk to a counterparty who “buys” this risk. The “buyer” of the CDS pays fees in the form of upfront and regular annual payments to the “seller” of the CDS, similar to how you pay premiums for car insurance. In return, the seller agrees to pay the buyer of the CDS a set amount when there is a credit default (technically, a credit event). CDSs are designed to cover many credit risks, including: credit default, corporate debt restructuring and credit rating downgrades. The “seller” of the CDS is effectively acting as an insurance company, just like your car insurance company reimburses you for your car accident damages. But the sellers of CDS are public investors and not large insurance companies.

In fact, many hedged bond owners can make a profit from the bankruptcy process, either because: (1) they have bought more CDS contracts than the amount of bonds they own and as such are “short the bonds”; or, (2) their CDS hedge contracts are settled within days of the bankruptcy protection announcement, when the bond price is usually at its lowest point, so that the CDS hedge gain is greater than the actual bond loss when the liquidation occurs at a higher recovery amount calculated at a later date in the bankruptcy process. (See Figures 5 and 6 below)

Canadian pension, health and long term disability plan deficits and unpaid severance have no private sector insurance coverage. Canadians must rely upon the nominal amount of protection under the Ontario Pension Benefit Guaranteed Fund for Ontario residents only, the Canada Pension Plan disability benefit and provincial welfare programs, and the Federal Employment Insurance Fund. The negative situation for Nortel’s Canadian pensioners, long term disabled and terminated employees is made worse by the depletion of the Nortel Canada estate by Nortel’s foreign subsidiaries, such that their loss could be $-0.90 per dollar of claim.

Again, please read the entire report (click here to download the PDF file). At the end of the report, Diane makes a few key recommendations and she lists Nortel’s bondholders. The list includes several prominent hedge funds, investment banks, a few Canadian pension funds (Hospitals of Ontario Pension Plan and the Caisse) and a US pension fund (Florida SBA).

[Side Note: Diane also delivered an excellent presentation to the United Senior Citizens of Ontario a couple of day ago on underfunded pension plans. I especially liked pages 13 to 16.]

Is there a precedent for pensioners to come ahead of bondholders? Not exactly, but if you look at what happened in the GM and Chrysler bankruptcies, where politics trumped the seniority of bondholders, then I think there is a case to pay these pensioners, disabled workers and employees owed severance. The question is whether there is enough political will in Ottawa to press their case.

Finally, the NYT reports that the Securities and Exchange Commission, after months of considering what to do about short-selling, came up with a new idea on Monday that could make it virtually impossible to place an order to sell stock short and be sure it would be executed quickly:

The proposal would require that short sales be made only at a price higher than the current best price being offered by would-be buyers of the stock. It is similar to the so-called tick-test, which was effective on many stock markets before 2007, but would be more restrictive and could be easier to apply given the current structure of markets. There is now no limit on short-selling, so long as the seller can locate shares to borrow.

The article ended by stating:

For some, the issue of short-selling has been tied up with the issue of “naked short-selling,” a practice that involves selling stocks short without borrowing them. It appears that other S.E.C. rules have virtually eliminated such selling, particularly for stocks listed on Nasdaq or major stock exchanges. But it remains an emotional issue, and some believe naked short-selling is still a major problem.

SEC rules have virtually eliminated naked short-selling? Yeah right! If you believe that, I got a couple of igloos to sell you in Southern Crete. The SEC should also crack down on other manipulative short-selling practices using credit-default swaps:

Any action the Commission attempts to take against manipulative short selling will not be completely effective without parallel, reinforcing reforms applied to the derivatives market, particularly with respect to credit default swaps (“CDS”). The responsiveness of equity prices to changes in CDS spreads makes the purchase of CDS a powerful device for bear raids, particularly when used in connection with short sales. Combining a short sale with the purchase of CDS sends a false signal into the marketplace about a company’s credit and, accordingly, causes a drop in the stock price that makes the short position profitable. Such manipulation is dangerously cost-effective, as a relatively small investment in an institution’s CDS is sufficient to spark rumors of default or a ratings downgrade and immediately sink stock prices.

To prevent this and other abuses of the CDS market, we believe that only those who are economically exposed to the underlying credit risk of a company should be allowed to buy CDS protection on the company. The purchase of a “naked” CDS, made by a purchaser with no exposure to the reference company, is more akin to gambling than obtaining insurance, and such instruments are capable of causing serious distortions in the market. A prohibition on naked CDS would allow the appropriate use of these instruments while restraining those using the CDS market in a manipulative and abusive way. As an intermediate step, the Commission should use its ability to regulate short sales to require a waiting period between any purchase of a CDS and short sale involving the same reference company.

In addition, to alert the marketplace to situations when CDS are being used to manipulate share prices in conjunction with short selling, the Commission should require disclosure when an actual or synthetic short position in a company’s equity securities is accompanied by a long position in the company’s CDS.

To recap, CDS are used by bondholders to protect their investments and gain in case of a bankruptcy, placing them ahead of pensioners and other employees with more legitimate claims. Purchases of CDS are also used in connection with short sales, to send a false signal into the marketplace about a company’s credit and, accordingly, cause a drop in the stock price that makes the short position profitable.