The Recovery Edges Forward Tim Duy. I have a lot of respect for Duy, but the optimism is based on the jobs report, and I’ve seen some analyses that point to statistical anomalies, that led, for instance, to a 20,000 increase in auto workers. In addition, a lot oj the reduction in losses appears directly related to the stimulus, short term :”make work” shovel ready programs, like paving roads. These aren’t high quality, self-sustaining jobs. They are more like temp work in another guise, If the temp work continues, great, but the point is the fact set differs in some material respects to past downturns, on which this “job losses stabilizing is harbinger of recovery” meme originates.

Ten pointers on how to think like a German Ralph Atkins, Financial Times

Dancing near the door Tim Price

Antidote du jour. How I feel these days: 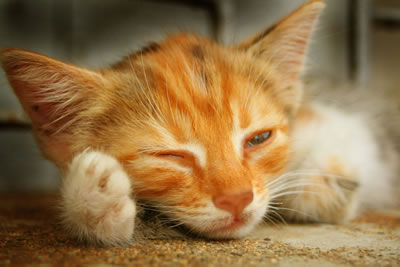