Dear readers, apologies for the thin posting today. It might be a bit thin this evening too, I am traveling tomorrow and have much to wrap up before I head out.

So I will at least give you a more elaborate than usual Antidote as an effort to compensate. This is thanks to reader Barbara: 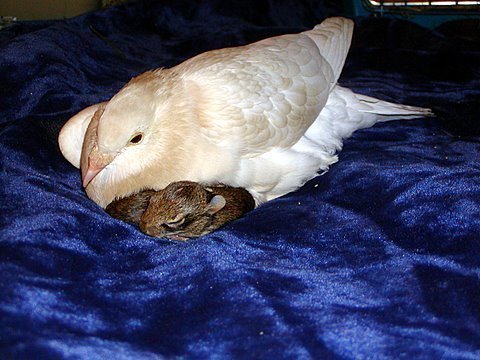 These little bunnies, about 6 days old, were attacked by a dog and orphaned. Two out of the litter of five did not survive, and these three were not doing very well. 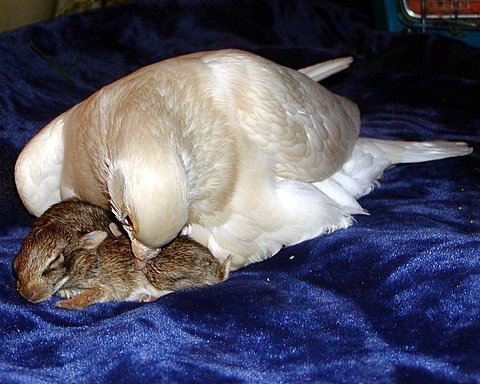 Noah is a non-releasable, one-legged homing pigeon/rock dove that is in the rehab centre. Noah kept going over to the bunny cage and looking in — even sleeping in front of the door to the cage. 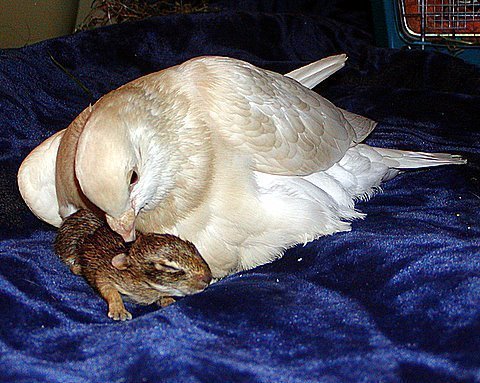 Then, suddenly, there were only two bunnies in the cage. But when Noah moved a bit from the front of the cage to everyone’s surprise..there was the tiny bunny..under Noah’s wing…sound asleep! That little bunny rabbit had crawled through the cage, preferring a featherbed, no doubt to snuggling up with its littermates! 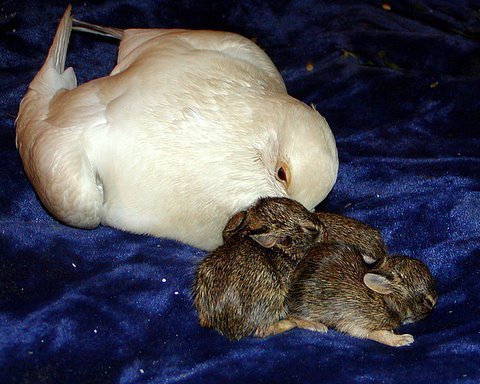 Now, they are all together and the bunnies are doing GREAT. When the bunnies scoot underneath Noah’s feathers, he carefully extends his wings out to surround them and then they snuggle.. When one of them moves and they start sticking out here and there, he gently pushes them back under him with his beak.