On December 10th I raised the possibility of Greece breaking the connection with the Euro. On the likelihood of this black swan type of event happening I said, “This is not a high probability outcome.” A week later the possibility of a realignment of some sort is still remote. But it is a tad closer.

On December 11th Steve Barrow at the Standard Bank, London wrote a piece that raised the issue of both Greece and Ireland doing something with currencies to assist their domestic economies. Steve clearly has more visibility than I do. His thoughts got to the Finance Ministry in Dublin who responded with, “Uniformed comment”. The Greek FM was very clear on the topic. “No chance Greece would leave”.

This is a risky development. The Central Banks have put a line in the sand on this. That is always a mistake. When a CB says, “Such and such will never happen” you are going to get people (like me) saying, “Oh, really?” The very fact that they are saying, “that is rubbish” just fans speculation.

Greek PM Papendreou proposed a cutback in 2010 expenditures to 8.5% of GDP (down from 12.7%) as a way to instill confidence. For me that is, ‘rubbish’. It will not work. If cuts like that are made there will be social consequences. That instability will just fuel the sovereign ‘flight risk’ issue. This problem will not go away with just that proposal on the table.

The Central Banks have drawn a line in the sand for good reason. They do not have a choice. The countries that are at risk have issued mammoth amounts of debt in Euro’s. If some form of two-tiered Euro were the result the cost of revaluing the debt for both the public and private sector would be devastating.

The flip side is that the countries that are suffering have no policy options available to them. They can’t provide a meaningful stimulus because of the Euro link and limitations on budget deficits that the link mandates. At some point this will become untenable. The argument that a two tiered Euro would stimulate both the tourist and industrial economies of Greece, Spain and Ireland (Italy too) becomes compelling.

I don’t see a soft landing. At an extreme where could this go? It leads to global financial instability, it could be very deflationary. Precisely what the global economy does not need. Greece is a bit like Sub Prime. By itself, it truly was containable. But it exposed other weaknesses. If one was looking for something to upset the applecart, Greece could very well be it. 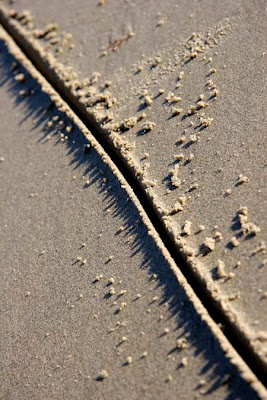