600 Morgan Stanley employees in New York City are going to lose their jobs per HuffPo.  Ouch.  Still, the financial sector is bloated, so this is good.

Consumer confidence up up and away Financial Times

Oil Prices Jumping As Well (over $100 a barrel now, Financial Times).  They say it’s because of tensions with Iran.  But aren’t things always pretty tense in Iran and the Middle East in general?  Yes, they are.  Could be a demand story.  Then again, Iran and US are talking smack, and Obama’s like “Don’t even think about getting a nuclear weapon” and Iran is all like “I’m going to cut off a fifth of the world’s oil”.  Popcorn!  It’s like a nuclear Jersey Shore, with our economy hanging in the balance!

European Banks Parked $539B (which is 412B Euros) at the ECB over the Christmas Holiday Financial Times.  Don’t worry, this is completely normal.  Got it?  Completely FUCKING NORMAL!  Quick, look over there, tensions with Iran!

Obama approval back into positive territory Huffington Post.  This seems significant.  I suspect the electoral map will be different in 2012 than it was in 2008, just because of all those new voter restrictions placed all over the country.

US body sees renminbi as threat to dollar Financial Times

Obama in fresh move to fill Fed seats Financial Times – The Obama administration has nominated two new Federal Reserve candidates, a Democrat and a Republican, probably in an attempt to prevent a filibuster.  The first is Jeremy Stein, your obligatory Harvard economist.

The second pick is clearly a meant to be a piece of darkly hilarious performance art.  President Obama has selected former Carlyle partner Jerome Powell to one of the seats.  Carlyle is the most politically connected private equity group in the world, founded by former Carter White House official David Rubenstein with major holdings in defense, telecom, technology, software, and Dunkin Donuts.  From 1998-2005, Powell founded and led the Industrial Group within the Carlyle group’s U.S. Buyout Fund.  Check out the pic, he’s got some sweet swee silver hair, like a friggin Just for Men (Who Run the World) commercial.  I’m a little disappointed that Powell doesn’t have more insider connections, though.

No worries, though, Fed terms are for fourteen years, so if either of these is a bad pick we can totally reverse course in 2026.  Confirm these guys quick, Mr. Senate.  And can we all have a slow clap for the administration?

Treasury is also considering bringing in housing expert Michael Stegman.  Stegman was a consultant to the Fannie Mae Foundation (boo), and a supporter of the North Carolina anti-predatory lending law (yay).  He authored this 2007 paper on the need for preventative servicing to handle defaults, so he was at least aware there were problems in the housing market and that a housing market isn’t an abstract model of equations in which everyone is rational.  He’s knowledgeable, though perhaps naive.  This choice is probably about the newfound vigor within the administration, the Fed, and the FHFA to begin handling the foreclosure crisis.  Apparently they noticed we have one.  Welcome guys!

US says it and Pakistan share blame for air strikes That Killed 24 Pakistani Soldiers  Financial Times. This strikes me as a “I’m sorry you’re mad at me” kind of non-apology.  Seriously how hard is it to say “We’re sorry we accidentally killed 24 soldiers of yours, we won’t do it again.”  What is with all the stupid brinksmanship?  Don’t answer that.

U.S. Army sergeant David Brash has won more than $21million in damages from PHH Mortgage after it falsely claimed he defaulted on his loan (Daily Mail).  Nice!

BofA $8.5 Billion Mortgage Accord Fight to Be Heard by U.S. Appeals Court Bloomberg (Da- Obscure but important legal maneuvering around the Countrywide settlement.

Let Buddy Roemer debate!  Sure, why not?  He’s the only “Presidential candidate” talking about corruption.  Not persuasive?  Hmm.  His name is Buddy?  Yeah, Buddy?  Don’t we… need a Buddy in the White House?  Yes we do!  Sold!

Newt Gingrich’s New Hampshire campaign released this all-too-bizarre Christmas video.  I admire the creative reach, the desperate sadness and yearning for meaning couched in an Office Space-like routinized stripping away of humanity in the face of a brutal machine-like political process.  Bravo, Newt and company.  Bravo.  Second slow clap of the day.

The New York Times on Ron Paul’s Newsletters – Dave Weigel and Julian Sanchez wrote about Ron Paul’s newsletters in 2008, which the NYT rehashed today without explaining to readers that they had basically reproduced much of Weigel and Sanchez’s work.  Grey lady, j’accuse!

The NYT lost their CEO, and will pay her $15 million in severance per Reuters.  I wonder why no one can afford quality journalism.

NHS private income cap to be lifted Indpependent – The sad, slow privatizing of Britain’s national health care system continues.  Don’t do it, UK!  You really won’t like it!  Oh what’s the point, just give all your money to the assholes in suits who will proceed to light in on fire.  Really?  You did that already?  Ok, cool.

Boston College: Time for Resignations Chris Bray – Wow, this really is extremely unethical.  Impressively unethical, actually.  Is there no one in any elite position anywhere who can be counted on to act honestly?  Again, don’t answer that.

Riots could happen again, warns Tottenham MP Independent. Tottenham is really the name of a place and not an absurd British caricature?  What’s next, Marylebone?

A Twitter user is being sued for £217,000 by his former employer for taking his online followers with him when he switched jobs

Why Nobody Will Play Nice With Windows Phone 7 New York Times.  Poor Microsoft, nobody likes her anymore.  You know what, MSFT?  You need to go out, get drunk, and viciously destroy a competitor, just for old times sake.  Get that groove back.

And there you go. 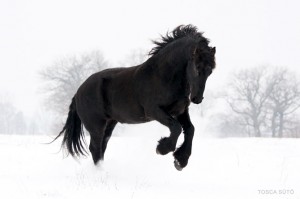