Big Funds Build Case for Housing (Wall Street Journal)  Some big hedge funds are beginning to bet on a housing turnaround.  Calculated Risk notes that residential investment was a net positive to GDP in 2011.  And I’m seeing more and more pretty charts on the interwebs showing that there has been population growth and no home building for three or four years, so maybe there’s pent up demand ready to rock and roll.  On the other hand, there was essentially no homebuilding from 1931 all the way to 1945, which is, let me see, 14 years (I can add, take THAT economists.) And then pent up demand really exploded, but that was also because of the massive new liquidity of the American middle class and rising wages.  It’s not just new household formation, guys.  But then, you knew that, else you wouldn’t be billionaire hedge fund managers, right?  Except for you, John Paulson.  Go sit in a corner.

Lure of Chinese Tuition Squeezes Out Asian-Americans (Bloomberg) Foreigners are paying a ton to study at American universities, crowding out space that should go to Americans.  Wow, where to start?  There’s so much wrong with [head explodes]

US shells out record for peanuts (Financial Times) Yeah, that headline is perfect.  I can now die and say I lived a full life.

Why Is Finance So Complex? (Interfluidity)  I don’t really agree with the premise, but it’s interesting and that is one of my absolute favorite blogs.

Why You Shouldn’t Curse at Work (Bloomberg Businessweek)

The Same Picture of Dave Coulier Every Day (Tumblr)  Not political or finance-related, just hilarious.

Chavez: U.S. May Be Behind Leaders’ Cancer (Bloomberg) Apparently a bunch of Latin American leaders have been getting odd forms of cancer.

“Fidel always tells me, ‘Chavez be careful, they’ve developed technology, be careful with what you eat, they could stick you with a small needle,’” the Venezuelan leader said today. “In any case, I’m not accusing anyone, I’m just using my freedoms to reflect and issue comments on very strange events that are hard to explain.”

What a passive aggressive way to accuse the US of giving you cancer!  Come on, you can do better than that as foreign policy villain du jour.  Oh wait, today that’s the Iranian mullahs.  Never mind, you’re just an amusing sideshow.  Chavez, you are adorable!  You just stamp your wittle feet and blame your cancer on the American State Department or CIA or whoever.

Next up for sale in Florida: the naming rights to public school cafeterias? (The Buzz)  I grew up in Florida, and I’ve always been impressed by the level of both greed, incompetence, and tackiness the state’s politicians can cook up.  This one’s right up there.  You go Florida, hold your head up high.

Spanish mortgage market continues to collapse (Trust Your Instincts)  At this point austerity is like a guy who says “GuyWhoWantsToBePunchedInTheFaceSaysWhat”.  And of course you say what.  And by “you”, I mean all of Europe.  And by, ok, this is a terrible metaphor.  Let’s move along.

20% of Irish mortgage holders behind on their payments (Trust Your Instincts)  More proof that austerity works, this time with a cute Irish accent.  Don’t tell me you are super-depressed and behind on your mortgage, sing me a limerick!

Caught On Tape: Clerk Punches, Knocks Out Armed Robbe: Clerk Then Makes Suspect Clean Up His Own Blood (WYFF 4) Ewww.  But you will click.

My Political Prediction for 2012: It’s Obama-Clinton (Bob Reich)  – Yeah, ok, Bob.  Reich’s one of those people I call “bad good guys”.  He seems like he’s on your side, but his work in the 1990s to push NAFTA through was absolutely devastating to the middle class, and the roots of his thought are essentially neoliberal in nature (especially the globalization crap).  I could be persuaded otherwise on Reich, but I’ve never seen him admit his support for NAFTA was wrong.

And the antidote du jour 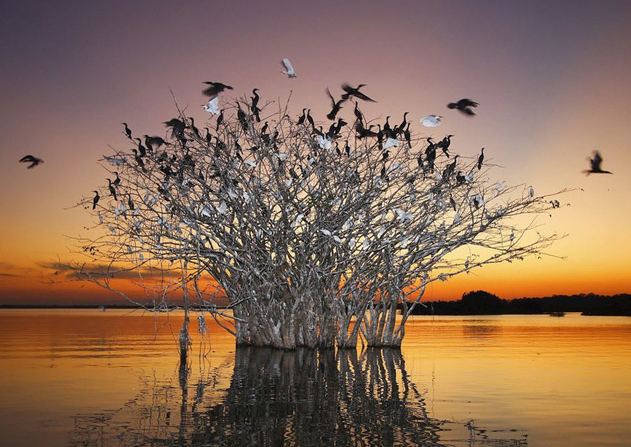