Eagle owl at 1000 frames per Second towards a camera Dogwork (hat tip Lambert) I’ve featured this before but it is still cool.

There is no ethical smartphone Andrew Leonard, Salon

Eighth grade teacher ‘caught in bed having sex with her student, 15, by his 12-year-old brother’ Daily Mail (hat tip reader May S)

German Economic Striving at the Expense of Workers and Neighbors Will Backfire Marshall Auerback, Alternet

Solidarity within the Eurozone: how much, what for, for how long? Notre Europe (hat tip Swedish Lex)

Saudi Arabia backs arming Syrian opposition Guardian (hat tip reader May S). Warmongering on the other side of the pond.

The 10 Most Excellent Reasons to Attack Iran David Swanson (hat tip reader Aquifer). You have to read this.

Donovan: The Foreclosure Fraud Settlement Is Strong Because of the OCC Settlement Dave Dayen, Firedoglake

UK House of Lords Asked to Investigate Massive International Financial Fraud Nation of Change. This looks completely batshit, except you can click through and find the excerpted text on what looks to be the Parliament’s website, and Lord James said RBS verified the transfers attributed to it.

Bonus cuts hide bigger problem for investment banks Financial Times. This is salutary. Investment bankers will have more power, and they care for their franchises more than traders do (not that bankers are princes, but traders are more ruthless). That will constrain some of the worst predatory behavior.

Have labour will travel MacroBusiness. There are some important observations in this piece, marred by a bit of gold standard thinking

Would We Have Drugged Up Einstein? How Anti-Authoritarianism Is Deemed a Mental Health Problem Alternet (hat tip Aquifer). Today’s must read.

Antidote du jour. This is reader Scott’s cat Allie. Her brother D’Art (for D’Artagnan), who has an Austrian survival of the fittest outlook, got a profile in NC after he made his hostility to Marshall Auerback’s free-spending monetary views quite apparent. Allie’s been jealous ever since. 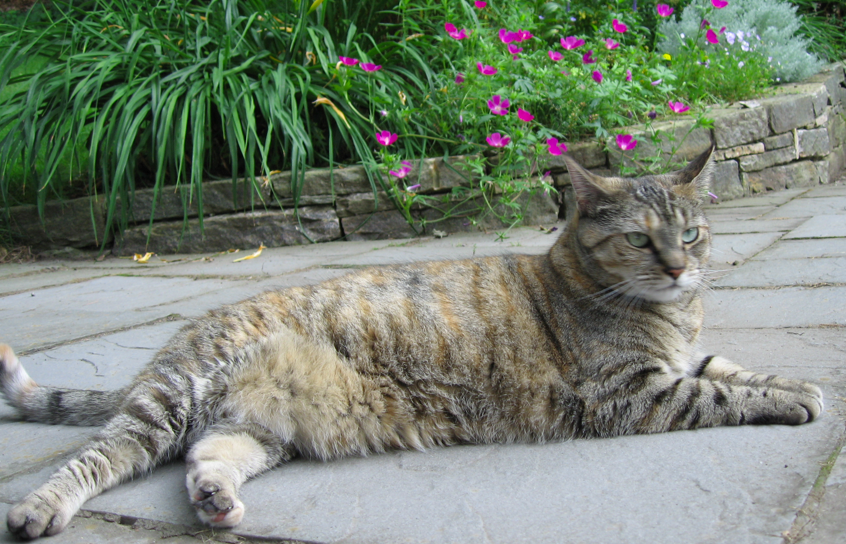