By Sell on News of Macrobusiness, a macro equities analyst. Cross posted from MacroBusiness. 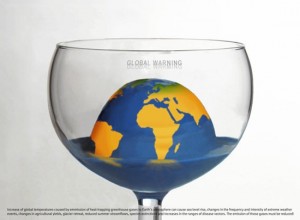 We cannot say we were not warned. Many commentators about globalisation said that it would create an imbalance between labour and capital, for the simple reason that capital is free to move wherever it wants, and labour, except at the very top end, is not. And so it is turning out, with the middle classes of much of the developed world under extreme pressure, and shrinking.

There has been some rise of a middle class in the emerging economies, but it is nowhere near enough to compensate for the loss of demand in developed markets. In many respects, the US housing and debt crisis was the last gasp for a significant slice of the middle class in America after decades of declining real wages. They borrowed to keep themselves at that level, and of course it could not last. Europe’s middle class is under extreme pressure and so is Japan’s.

That much is well known. What I think is less examined is the way that economic measurements influences the formulating of government policies to deal with the economic and social implications. One of the effects of globalisation is that labour is the government’s responsibility. Capital has no responsibility except to itself, and can for the most part push governments around. Put another way, labour remains a problem of the nation state whilst capital has transcended the nation state. Maintaining employment, looking after labour, is not just a key to political survival of any democratic government, it is key to attracting the blessing of the capital markets. Strong employment (and tax collection) is key to keeping government deficits under control, without which the punishment of the capital markets is usually brutal.

So governments in developed economies are caught in a vice. To keep the work force in employment, the workers have to be able to compete with much cheaper labour forces in the emerging world. If they try to compete on price, it leads to a Catch 22 — to keep the nation’s standard of living up you have to cut workers’ standard of living. Doesn’t quite work, really.

There is always the possibility of investing heavily in areas like infrastructure or education — but this, if done aggressively, will blow out government expenditure and create unsustainable deficits that lead to the punishment of the capital markets. Another Catch 22.

There are some exceptions. The US gets a free pass on deficits because the US dollar is the reserve currency of the world; no other country with open capital markets could get away with racking up so much debt. Although it cannot be indefinite, of course. And Japan is hermetically sealed, it has blocked out the international capital markets for the most part. That, too, will eventually have a big economic cost, indeed it already has.

But for most countries, including Australia, that is the conundrum they are presented with. The most attractive durable solution is to become like Germany, whose industrial habits and structures give it an exceptional ability to maintain competitiveness. Trouble is, it is very German — not easily replicated by anyone else. Or they can pursue a mercantile route like Korea, but this is deemed to be against the economic orthodoxy; sullying the purity of price signals.

This leads me to my complaint about how economic analyses work. One problem is that economics only records a score, it is not suitable for developing strategy. And the scoring tends to be always pretty much the same — labour is too expensive and must be driven down; any form of government assistance is harmful to consumers. Policy makers must, essentially, have no policy other than to let the markets work. That is, let capital find its most profitable destination. Which for the most part inexorably leads to lower wages for much of the middle class.

Another problem with economic analyses is the persistent use of circular arguments. The key badge of honour of economists, to use Paul Krugman’s phrase, is David Ricardo’s doctrine of comparative advantage. This argument for specialisation — high wage countries specialise in high wage tasks and low wage countries do the low wage tasks and both sides benefit — is a circular argument. It says that if countries transact more, then there will be more transactions per head. Hard to argue with, as most tautologies are. But it assumes that there is a neat transfer and it is far from automatic.

Labour in high wage countries will obviously come under pressure from labour in low wage countries if there is only a finite amount of employment. In an environment of global over supply (over supply that is a function of the lack of a big enough middle class in emerging economies and also of huge technological advances), there is obviously going to be pressure on the number of jobs. The result is obvious to see in the auto industry, where car makers shop around the world to get the best subsidies from governments confident that there is an excess of labour.

Economics, in other words, is heavily biased towards the interests of capital, hardly surprising given that it is basically a record of transactions and capital flows. If capital is looked after then consumers will be fine and labour is, well, somewhere in the rear. The problem with the bias is that economic systems are whole systems. As Philip Coggan points out in this excellent talk, there is a long history of the inter-relationship between debtors and creditors, a swinging balance.

There is also a long history of the relationship between capital and labour. When capital markets were largely national, there was an obvious interrelationship between wages and the consumer demand on which decent returns for capital investment depended. Pay the workers well and they would buy the stuff you made. But now, capital is global and the investment is global. That relationship has been destroyed, leaving governments to pick up the peieces.