Dolphin society ‘is run by gangs’ BBC. And that makes them like people!

A national sex strike! Spain’s ‘high-class hookers refuse to sleep with bankers until they open up credit lines to cash-strapped families’ Daily Mail

European finance: The leaning tower of perils Financial Times. The first part of this article is scary, in that the writers don’t seem to get the real point of LTRO: it’s a backdoor monetization of government debt (they treat the feature as a bug). So the issue isn’t bank/government interdependence per se, it’s that the LTRO exposes the banks to interest rate risks. Ulp!(Oh, and there is also the related risk that the ECB gets worried about inflation too early and quits supporting periphery country debt before adequate growth takes place, which looks likely given the refusal to abandon failed austerity policies. So that change in stance would lead to interest rate rises on sovereign debt and squeeze the banks). But the second concern is valid, that the LTRO is being used also to prop up the weaker banks and no one seems to be moving to clean them up.

Neil Heywood: Why The Death Of A British Businessman Suddenly Matters In China IBTimes (hat tip reader May S)

WELCOME TO THE OFFICIAL KICKSTARTER PAGE FOR GREECE! Timothy McSweeny. Wish this had been circulated to everyone in Congress before the Jumpstart Obama’s Bucket Shops act went to vote.

Afghan villagers live in fear of another massacre DW

Costs of a policy of profligacy with foreign lives Japan Times

Apologies to the Next Generation for the Turmoil to Come Chip Ward, TomDispatch

The Critiques Against Jim Young Kim, Both Good and Bad Dave Dayen, Firedoglake

Breakthrough Leadership for the World Bank Jeffrey D. Sachs, Project Syndicate. Sachs is being a very good sport about this. Good for him.

Toobin: Health law ‘looks like it’s going to be struck down’ Politico. I am one of the few people who really would benefit from Obamacare (most of the uninsured don’t get that what they will receive is overpriced insurance that won’t cover much, particularly the serious stuff) and I’m nevertheless enjoying the prospect of Obama being handed a loss on his insurance/Big Pharma enriching scheme.

EXECUTIVE ORDER NATIONAL DEFENSE RESOURCES PREPAREDNESS (hat tip Lambert). From earlier in the month, but still germane Just imagine how bad an executive order could be. Then read this. I guarantee this is worse.

Democratic mayor of Boston refuses chance to endorse Warren The Hill (hat tip reader Kevin E). Not news, we discussed this before Warren announced her candidacy.

Obama Mortgage Deal Frontman Sounds Off The Street (hat tip Buzz Potamkin). Tom Miller is either even stupider than I thought or just trying another round of PR.

Foreclosure Deal Credits Banks for Routine Efforts New York Times. Dave Dayen and yours truly, among others, pointed this out.

Antidote du jour. This blog has really beautiful outdoor photos, not very many animals, but worth a look. Hat tip reader Martha R. 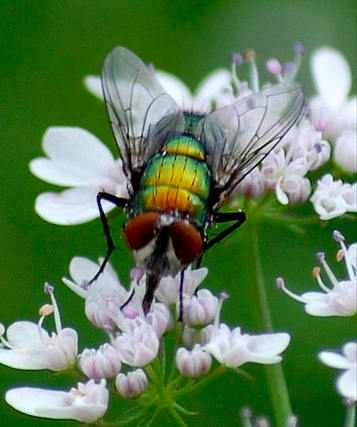