Note: an incomplete version of this post was born prematurely a few hours ago, and then, since blogging is more forgiving than obstetrics, hurriedly stuffed back into the womb by the flustered midwife. This is the fully developed version.

I suppose I could stop right there, but it wouldn’t be much of a biography, and Cowley has such a shadowy and fantastical pedigree that it would be a shame not to record some of it: the traces he leaves aren’t always durable, but they are always vivid while they last. Let’s set them in glass and stone as best we can. It might help someone, one day. This post will deal with Cowley’s fakery, fantasy, and social climbing; the next, with a sampling of his frauds and cons. So these posts will be a series within a series.

By way of contrast with Cowley, I shall now introduce the 7th Earl of Bradford, a discreetly entrepreneurial British aristocrat, who is reassuringly solid.

He owns a very British restaurant, Porters, which is proud of its Steak and Kidney pudding, and of other dishes too. It looks good value to me, especially for Covent Garden. I haven’t tried it, but I feel safe recommending it to overseas visitors wishing to sample British cuisine (yes, French scoffers, there is such a thing). Lord Bradford is also chairman of the small but reputable Internet Service Provider and web host, VIP Internet.

The very grand Bridgeman family estate, Weston Park, with its splendid country house, is now held in trust by The Weston Park Foundation, but the Earl maintains a strong connection with the old family place. The “Bradford” of his title is the Hundred of South Bradford in Shropshire, not the Hundred of North Bradford, also to be found in Shropshire, nor any of the other Bradfords of various kinds scattered round Britain. Just so that you know.

When he isn’t restauranteuring or Internet-hosting, Lord Bradford updates a web site, with a very specialist bent indeed: warnings about sales of fake titles, and about people who claim unreal titles.

The fake aristocrat and the genuine one are connected by none other than Bernie O’Brien, the fraudster and bully we wrote up in another post in this series.

A little while back, Lord Bradford received a threatening missive from Bernie. Here it is, reproduced by permission, natch: 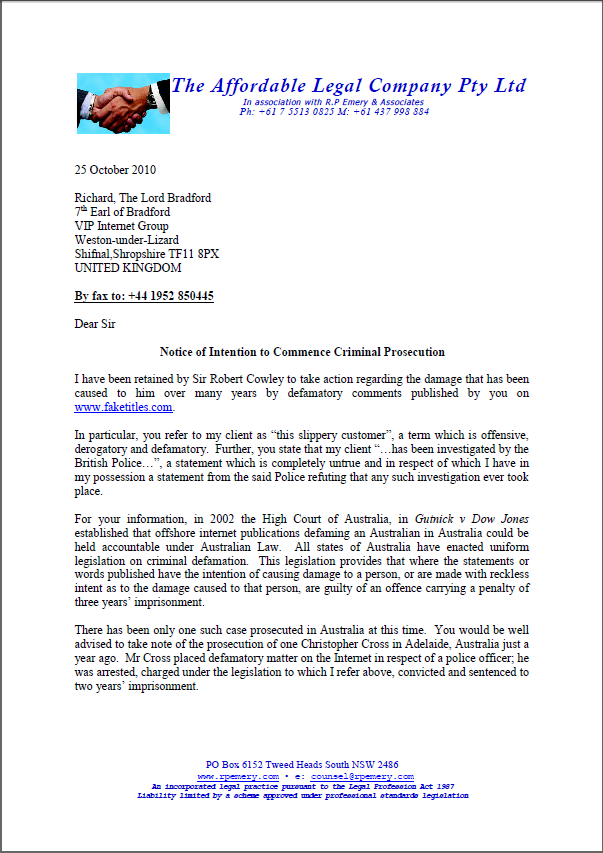 …and overflowing indignantly and inelegantly onto a second page… 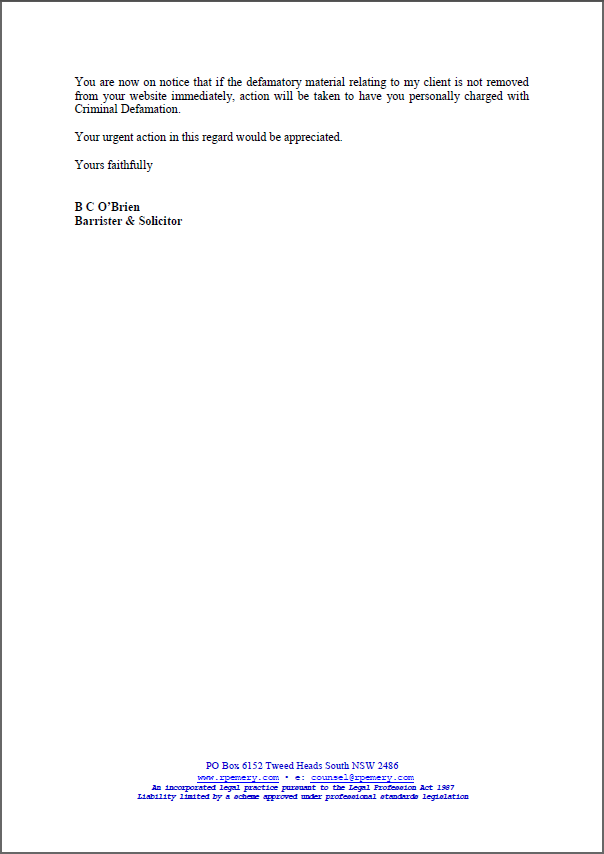 The letter was prompted by this post (second section, on Baron Ardwhallan).  Lord Bradford points out that Robert Cowley isn’t a proper Baron, leads two dodgy financial institutions with strange mongrel names, Eaglebanque and Investment Suisse, and hangs out with fraudsters.

For our first sighting of Robert Cowley himself, we have to go via the website of the deranged former British TV presenter David Icke, who has discovered that our gaffe-prone Prince Philip, Duke of Edinburgh, and other prominent persons you may recognize, are in reality bloodsucking giant lizards from outer space:

David Icke, the former sports presenter who once proclaimed himself to be the Son of God, has offered up more of his unusual wisdom, this time claiming that the Royal Family are “bloodsucking alien lizards”.

Mr Icke, 53, claims the Queen and the Duke of Edinburgh are shape-shifters who drink human blood to look like us.

And the father-of-three says a race of half-human, half-alien creatures has infiltrated all the world’s key power positions.

Mr Icke, a professional speaker who has published 16 books, believes that the alien hybrids were behind the “murders” of Princess Diana and John F Kennedy, as well as the terrorist attacks of 9/11.

As you would expect, Icke’s site is a truly great meeting place for kooks. In one of Icke’s forums, we find a poster, handle “soulja”, holding forth about the Teutonic Knights (if you must ask, it’s still all vaguely to do with lizards), and somehow Robert Cowley (neither a baron nor a knight this time, but an earl) puts in an appearance, along with a couple of other dubious titled types, Lord Hankins of Ravensburn and HSH Princess Maya. That’s Cowley on the right. 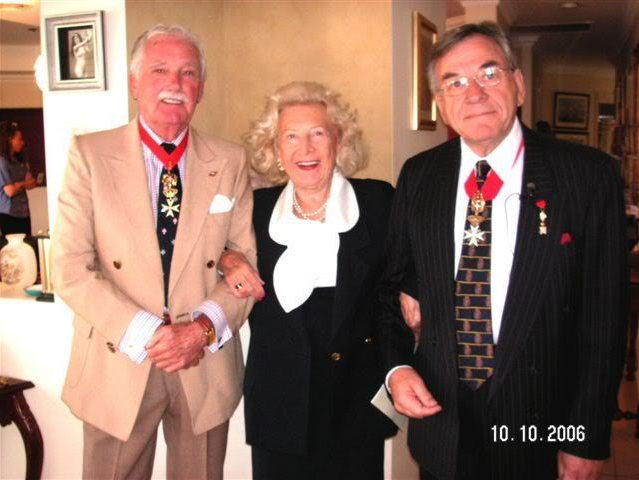 “Lord Hankins of Ravensburn” returns zero Google hits (apart from the ones at Naked Capitalism, Fake Titles and David Icke’s site) but Princess Maya does seem to be able to pass for royalty of a sort. She is pictured, (temporarily downgraded to Baroness) at the American Foundation of Savoy Orders’ 14th Annual Benefit Gala, as recently as December 2011 (halfway down the picture column on the right). Here she is again on the international committee of the annual Russian nobility ball. In short, Princess/Baroness Maya seems to be just as much at home with the exiled Romanoffs and Galitzines as with the lizard-mongers at the David Icke tinfoil hat site. I suppose that is the fabled self-assurance of the aristocrat.

It is all a bit bloody peculiar. I can’t even tell if these Romanoffs are “real” any more. I think I will leave it to Lord Bradford to puzzle out the Romanoff/de Haynau connection; he has the domain expertise.

At least the penultimate post in the Soulja series at Icke’s forum makes it obvious what the point of these posts really is. Soulja, reasoning that he’s found a site frequented by people who will believe absolutely anything (he’s made north of 1200 posts there), is selling titles (though he’s too discreet to mention the fee, and can’t spell honorary). Here is the pitch:

Full Honourary status of Lichtenberg will be granted to qualifying persons, who serve in the Corps Diplomatique and they will receive Lichtenberg photo identification documents and Credentials and attend a week long offshore Diplomatic Protocol Training Seminar.

Graduates receive warrant with Accréditation de l’Association Corps Diplomatique. Later at a time and place to be named, diplomatic graduates will be honoured by our Sovereign.

There is little need for specifics when we say, many unique benefits flow to recipients of appointments and also titles, which transverse the Political, Business and Social arenas.

Remember the Lichtenberg Foundation: you will see that name again. It is a kind of Cowley fingerprint. It makes me suspect that soulja and Cowley are one and the same, though I can’t prove it.

Next, we will track down more of Cowley’s traces, at EagleBanque and Investment Suisse. That will involve just about every anglophone location you can think of, worldwide, and a few more besides.

UPDATE 7th March: sorted out my geography of Shropshire.