One more Verizon hiccup today as they took my service down yet again to do some fiddling in the central office. They say they are done. Really.

A reader query: can you recommend any upscale Manhattan restaurants that have either soft shell crab or shad roe on the menu these days? This is a dinner request for next week from an out-of-towner. I looked on Zagat but you can’t search for that.

YANSS Podcast – Episode Two You Are Not So Smart (Aquifer)

Madonna’s Secret for Longevity Seen Aiding Bacteria Boom Bloomberg. Lordie. Madonna is 53 and has clearly had plastic surgery. Her longevity remains to be proven. And you gotta wonder why Bloomberg decided to run a weirdo lifestyle article (not that this might not be true, but I have also been watching what the alternative types have pushed as good diets over the last 20 years, and the churn is high).

Causes of Kids’ Disability Less Likely Physical MedPage (Aquifer). Aargh. 45% are ADD or “other learning disabilities”. A lot of this is doctors and overwrought parents medicating kids for not performing competitively at a young age.

Of Bedrooms and Boardrooms Robert Reich

Avoiding the Next Big Bailout Wall Street Journal. This is a change in plans by the FDIC. It sounds like an improvement, but I don’t see how this would address a problem for any of the big derivatives dealers that are banks. They have put those exposures in the depositary, not the holding company. As we’ve written numerous times, it looks pretty clear that the monster hole in Lehman’s balance sheet was derivatives positions blowing out, well beyond what its bankruptcy overseer attributed to the disorderly collapse.

D – 121 and counting*
I can still hear the soft southern winds in the live oak trees
And those Williams boys they still mean a lot to me,
Hank and Tennessee.
I guess we’re all gonna be what we’re gonna be,
So what do you do with good ol’ boys like me?
— Bob McDill, “Good Ole Boys Like Me”

“For me personally.” This election, “boring“?! Au contraire Some heart-felt reactions to Robama affirming gay rites “for me personally”: Like my happy nieces and nephews, “My heart is turning such cartwheels.” But then there’s the hagiography: “Barack Obama becomes the Abraham Lincoln of gay rights.” Emancipation Proclamation, 1863? That Lincoln? But the winner of the faint praise contest would be Stoller (via FaceBorg): “Important to be honest about why this good thing happened. A very bad man was forced to do a good thing.” (On “forced”: We noted two days ago gay donors were withholding campaign contributions. Maybe that was it.)

It’s good that Robama, “personally” — even if not in his capacity as President — affirmed that gays are fully human. Atrios: “Looks like the man did the right thing, and not in an absurd babysplitting way”. But Robama did exactly that — split the baby, absurdly — by leaving policy up to the states. Most of the reporting carefully notes that, even if the clips of Robama don’t. (How’s that “leave it to the states” thing working out for women?) The Onion: “Obama went so far as to call the president’s position “incoherent,” and questioned how Obama could adamantly support the legalization of same-sex marriage on a state level but not a federal one.” Gawker: “Before Roe v. Wade, abortion was a state-by-state issue, too. So was slavery.” (Lincoln, eh?) So if indeed TPM is right — “Evolution complete: Obama endorses same-sex marriage” — that’s not so good. Robama’s statement should be the beginning of the end, and not the end. The fundraising, of course, has already begun.

“Mr. Obama’s announcement on Wednesday that he now supported same-sex marriage should assure him a warm reception at the Clooney residence”. “Last fall, we counted at least 12 prominent gay and lesbian rights advocates who together had bundled at least $2.7 million for the Obama campaign”. “The Influence Industry: Same-sex marriage issue shows importance of gay fundraisers”. Of course, money is speech. So that’s alright, then.

On the timing, it is too bad that Obama “evolved” twenty four hours after the NC vote, instead of days or weeks before. The Log Cabin Society is right about that (and also right to point out that Dick Cheney’s “moral leadership” just as moral as Obama’s, down to the family values gloss). The New Yorker: “Opponents of Amendment 1 could have used some reinforcements.” The normally acute Charles Pierce writes: “He saw a clear injustice — the North Carolina vote — and he decided that his conscience would brook no more delay.” Let the injustice happen, instead of preventing it? I didn’t fall off the turnip truck. Either.

On the politics, the conventional wisdom calls it “Even or a slight net plus”. The Ds will get a boost in college towns. Six other swing states already have constitutional bans on gay marriage: CO, FL, NV, OH, VA, and WI. Four do not: PA, NH, IA, and AZ. Obama’s personal affirmation might affect this year’s referendum in Maine (though doing work on the ground north of Augusta might help more). One clear benefit is that the existing Obama supporters are fired up and ready to go: “Obama has given his liberal base [sic] a solid 6 month-energy drink.” (And it will be interesting to see what Romney does for his own base.) It would also be nice if the One Prudential Center playbook for 2012 didn’t include smearing non-supporters with false charges of homophobia, like smearing non-supporters with false charges of racism in 2008. Just saying.)

From the Barcalounger, the lesson I draw is that to deal with the Ds, you’ve got to be willing and able to walk; that’s what gay marriage advocates did by threatening to withhold their conributions. Therefore, the Obama Fans and D shills are — and I know this will surprise you — advocating exactly the wrong strategy if “change” is what they really want. Only credible threats work with the Ds; so develop the capacity to act independently.

Oh, gay marriage advocates in NC are planning sit-ins with arrests. Will Obama support them? What if they make a ruckus at the Convention in Charlotte?

Ron Paul. Pravda: “What, exactly, is Ron Paul up to?” Paul: “[A speech] doesn’t have much appeal to me, but I think moving an agenda is very important”. Ron has breakfast with Helicopter Ben. Oh to be a fly on that wall. MN: Paul to address R state convention. NBC’s Chuck Todd points out R delegates are only pledged for the first ballot, speculates Paul could control 30% to 40% after that.

IA (swing state). Donations to the Republican Party of IA have slowed and the respected executive director, Chad Olsen, has resigned in wake of Paul caucus. Tea Party and Greens square off in Cedar Falls.

Pearl-clutching on Lugar. McClatchy thumbsucker on the death of bipartisanship: Obama’s three signature congressional achievements – ObamaCare, Dodd-Frank, the StimPack – were approved with virtually no Republican support [nobody could have predicted…]. So why were they so pissant, then?

* 121 days ’til the Democratic National Convention ends with a bean supper in Bank of America Stadium, Charlotte, NC. Cross-posted to Corrente. There are 121 episodes of Lost. 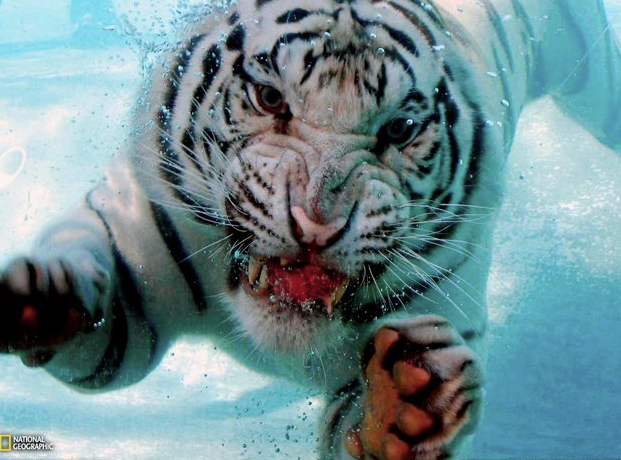