Pressure on Spain to bow to bail-out Ambrose Evans-Pritchard, Telegraph

Shame on All of Us Philip Giraldi, Antiwar (1 SK)

Beyond Debt/Deficit Politics: The $60 Trillion Plan for Ending Federal Borrowing and Paying Off the National Debt Joe Firestone, Corrente

“They Were Suspending My Credit Line” Marcy Wheeler (Chuck L)

Is lending by state banks more stable over the business cycle? VoxEU. I think bank efficiency is overdone (for system designers, stability is a first order design consideration, efficiency is second order, so prioritizing efficiency is a bad idea, as our recent debacle attests). And I wonder whether the causality might run counter to the author’s tacit assumption in the “countries with a lot of state banking have lower growth rates” observation.

The Ruling Elite and the Perversion of Scholarship Chris Hedges, Truthout

“If a faction consists of less than a majority, relief is supplied by the republican principle, which enables the majority to defeat its sinister views by regular vote. It may clog the administration, it may convulse the society; but it will be unable to execute and mask its violence under the forms of the Constitution. “ — James Madison, Federalist #10

Today, in short form, I’d like to call out the Campaign Countdown theme of “Voting.” At least since Florida 2000, when Justice Scalia’s “good for one time only” decision in Bush v. Gore halted the completion of a hand recount in a closely contested election before the final tally was known, we’ve known that there is something terribly wrong with the franchise. If there were any doubts, then OH 2004 and the D TX 2008 primary should have removed them. Democracy’s “gold standard” (sorry for the dead metaphor, with which, were it live, I would not agree) for voting is hand-marked paper ballots, publicly tabulated. Yet in many jurisdictions, voting takes place on privately owned e-voting machines, which are easy to game by whichever fraudsters control them (see other Campaign Countdown themes: Privatization; Corruption). Two e-voting swing states, CO and VA, are rated “needs improvement” in a report issued by Common Cause, Verified Voting, and Rutgers. (Note that even some e-voting infects an entire state’s voting total, rather like a CDO tranche fail; see the WA 2004 gubernatorial election). If your vote is electronic, it doesn’t meet Democracy’s gold standard. Given the givens, is it still worth voting?

Well, your vote is your own. Personally, I don’t plan to vote for evil, but you certainly may! However, I think a useful framework for such decisions is Albert Hirschman’s “Exit, Voice, and Loyalty” (PDF); a fine analysis by Rajiv Sethi. From page 4:

The argument to be presented starts with the firm producing saleable outputs for customers; but it will be found to be largely — and at times, principally — applicable to organizations (such as voluntary associations, trade unions, or political parties) that provide services to their members without direct monetary counterpart. The performance of a firm or organization is assumed to be subject to deterioration for unspecified random causes which are neither so compelling nor so durable as to prevent a return to previous performance levels [e.g., the New Deal], provided managers direct their energy and attention to that task. The deterioration in performance is reflected most typically and generally, that is, in an absolute or comparative deterioration of the quality of the product or service provided [“hope and change”]. Management then finds out about its failings [2010 elections] via two alternative routes:

(1) Some customers [voters] stop buying the firm’s products or some members [activists] leave the organization: This is the exit option. As a result, revenues drop [modulo corporate contributions], membership declines, and management is compelled to search for ways and means to correct whatever faults have led to exit [or not. See iron law of institutions].

(2) The firm’s customers [voters] or the organization’s members [activists] express their dissatisfaction directly to management or to some other authority to which management is subordinate or through general protest addressed to anyone who cares to listen: this is the voice option. As a result, management once again engages [or not] in a search for the causes and possible cures..

Clearly, one’s personal set point for “loyalty” (some might prefer the label tribalism) counts for a lot in setting the balance between the exit option, and the voice option. I tried the voice option with the Ds from 2003 through July 2008, when Obama flip-flopped on FISA and voted to give the telcos retroactive immunity for Bush’s program of warrantless surveillance, thereby normalizing and ratifying the destruction of the Fourth Amendment, hence, Constitutional government (Yes, I know the “class of” 2008 is late!) Since then, well, I’ve had no place to go, as amply confirmed by the war that Obama’s career “progressive” supporters waged against single payer advocates in 2009.

That’s exit from a party. What about exit, voice, and loyalty and the entire system of representative democracy? Especially given that one’s vote may not, quite literally, count, due to privatization of the franchise through e-voting? That’s a harder call. The strategy of voting for evil (“lesser” or not) hasn’t been working out real well. (I’m pleased to see civil resistance by the top of the Green Party ticket.) But some might argue that the problem with representative democracy the representative part, so that the only solution is exit. So, is the problem representative democracy as such? And where do my loyalties lie then? Worst form of government, except for all the others? Of all that, I’m not so sure.

* 35 days until the Democratic National Convention ends with buckets of Manwiches specially imported from K Street for everybody on the floor of the Panther Stadium, Charlotte, NC. Damn, I thought the state with the biggest count in the electoral college after CA with 55 had 35. Except TX has 38. Well, 38 – 3 is 35, so there you are. 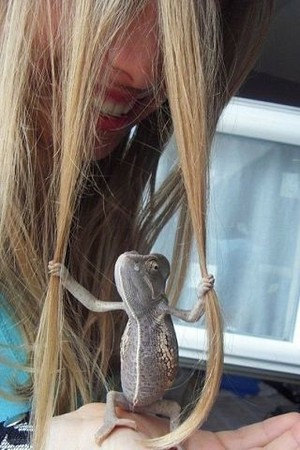