Stress makes men appreciate heavier women: study PhysOrg (Chuck L), I don’t know if the problem is the study or PhysOrg, but based on my experience, it’s PhysOrg. The summary says stressed men also appreciated NORMAL women more AND a broader range of body types. This just means 1. Stressed men want/need sex more than normal men and 2. They are therefore less fussy.

How to Spot the Next Big Banking Scandal MIT Technology Review (Chuck L). The flaw is in the assumption that senior management wants to stop fraud.

Chinese telecoms giants are taking over the world. Should we be scared? Maeve McClenaghan (Chuck L)

Greek Government Could Collapse In These Times (Matt Stoller)

The Liar Mitt Romney and a Legacy of ‘Welfare Reform’ Charles Pierce, Esquire

Moment of truth for US grain Financial Times

Upper-Middle-Income Households See Biggest Jumps in Student Loan Burden Wall Street Journal. So maybe we’ll have to do something about it?

“I willingly allow that money does not guarantee happiness; but it must also be allowed that it makes happiness a great deal easier to achieve.” –Pierre Choderlos de Laclos, Les Liaisons Dangereuses

Montreal. Law and order: “Now that demonstrations against his government are back and louder than ever, Jean Charest has challenged other party leaders to condemn any violent act on the part of protesters.” Stinks of a set-up for the Sept. 4 election. … Law and order: “Students marched to Hydro-Quebec Wednesday, seeing it as a symbol of provincial government power, but then police moved in claiming somebody had thrown a projectile. There were no arrests.” … Corruption: “According to [McGill’s Daniel] Weinstock, though, the Liberals are going to get the brunt of the public’s anger for two reasons — first, [Charbonneau Commission star witness] Duchesneau has pointed his finger squarely at the Charest government as a font of malfeasance. Second, since the PQ has been out of power for nine years, ‘its slate has been wiped clean.'”

CA. Extractive economy: “The question asked most often [at a Richmond town hall on the Chevron refinery fire] was, ‘What are we breathing?’”

CT. Ballot access: “It appears that the only presidential petition likely to succeed in CT is the Libertarian Party petition. The state requires 7,500 valid signatures. The Green Party made a valiant attempt, but seems to only have 7,000 signatures in hand.”

FL. Class warfare: “Pressler [here] draws a picture of [FL D hedgie Jeff] Greene, 57, worth an estimated $2.1 billion, as a man who lives in fear of a populist revolt, a plundering uprising of America’s ‘poor people.’ As a member of the country’s richest 1 percent, Greene claims the nation’s wealthiest people, people like himself, should pay more in taxes willingly — ‘buy a little democracy insurance’ — because one day, ‘if you have 50,000 angry people coming across the river, you think you’re safe?'” … RNCon: “Demonstrators, rather than politicians and media members, will generate the most foot traffic for downtown and Ybor City bars and restaurants not directly involved with the conventio, observers say.”

LA. Transparency: “Louisiana’s education chief has refused to provide records from the deliberations over how schools were chosen to participate in Gov. Bobby Jindal’s new statewide voucher program, which is using tax dollars to send students to private and parochial schools.”

NC. DNCon: “Michael Zytkow, 26, and a veteran of Occupy Charlotte, said he would like ‘to normalize protest culture in Charlotte.’ He looks back as well as ahead, to ‘the long history of protest culture in the South,’ including the sit-in movement during the civil rights struggle. ‘We want to make sure we don’t squander this time.'” …DNCon: “Trucks delivering food, including caterers and food and beverage suppliers, must first go to a remote delivery site at 900 N. Davidson St. for screening. They will then be escorted to their destinations.”

NJ. Emergent parties: “When the Democratic party gets serious again about representing its base, they will let me know in a significant way.Now, you have two viable alternatives: Anderson or Jill Stein.”

NY. Fracking, Cuomo plan: “Home Rule: The rights of local governments to ban shale gas development has been recently recognized by the New York State Supreme Court, which upheld local drilling bans in the towns of Dryden and Middlefield. New York State Environmental Conservation Law, however, states that local governments do not have jurisdiction over gas well development. It will likely take legislation to resolve this key inconsistency.” Good detail…. Fracking, Cuomo plan: “‘[G]reen completions’ would be required [where] feeder pipelines are in place prior to the fracking of a well, so that no methane is vented or ‘flared.'[M]any gas wells end up being dry holes, even after fracking. If the industry must build pipelines to wells in advance of knowing whether or not those wells would produce, it will have costs in NYS far above the costs it would have in, say, OH or PA.” (IOW, no “flowback.”) More good detail.

TX. Class warfare: “San Antonio, Houston, and Dallas-Fort Worth are apparently the nation’s most economically segregated metropolitan areas, according to a new Pew Research Center study.” … Transparency: “A proposal to give Houston City Council the ability to meet behind closed doors is dead.”

VA. Food: “Bringing healthy fruits and vegetables to Richmond’s “food desert” is the easy part of the job at Tricycle Gardens. The nonprofit environmental group grew 40,000 pounds of fresh, organic produce on its ½-acre urban farm last year – basil and sage; berries and melons; beans and squash – and distributed most of it locally through local farmers markets and food banks.”

Grand Bargain™-brand Catfood watch. Media critique: “[Obama] particularly believes that Ds do not receive enough credit for their willingness to accept cuts in Medicare and Social Security.” Oh, there are “niche online outlets” that give Obama plenty of credit. … Student loans: “[T]he federal government is withholding money from a rapidly growing number of Social Security recipients who have fallen behind on federal student loans.”

“The economy.” Why it sucks: “[JAMIE DIMON:] It’s because of us. We scapegoat each other. We point fingers.'”

Outside Baseball. Happiness: “‘We should seek better and more-direct measurements of economic well-being,’ Bernanke said Monday in a video-taped speech shown to a conference of economists and statisticians in Cambridge, Mass. After all, promoting well-being is ‘the ultimate objective of our policy decisions.'” Oh? …. Big Oil: “The dirty oil from [Keystone XL] would displace three-quarters of all the carbon-emission gains we’re getting from CA’s auto-emissions standards, a battle that took 25 years to win.” … Census: “To keep pace with rapidly changing notions of race, the Census Bureau wants to make broad changes to its surveys that would treat ‘Hispanic’ as a distinct category regardless of race, end use of the term “Negro” and offer new ways to identify Middle Easterners. census data are used to distribute more than $400 billion in federal aid and draw political districts”

The trail. Polls: “A new Reuters/Ipsos poll finds Obama has expanded his lead over Mitt Romney, 49% to 42%, even though nearly two-thirds of Americans think the country is moving in the wrong direction. ” … Polls: “40% of Americans overall view Romney favorably, 49% unfavorably – leaving him underwater, at least numerically, in 10 straight ABC News/ Washington Post polls this year.” …. Polls: “in every state except FL, the polls show that a significant gender gap has opened among working-class whites, with Obama performing much better among white women without a college education than blue-collar white men.” … Supreme Court: “When we’ve reached a point where a Supreme Court Justice [Scalia] floats the idea that the right to bear arms just might include ‘handheld rocket launchers’ it’s definitely time to make the Court a talking point in this campaign.”

Green Party. NY: “‘How long are we going to vote based on our fears and not for what we want?’ [House candidate Ursula Rozum] said.”

Romney. Charisma?! “A family abandoned the bride and groom of an Orthodox Jewish wedding party mid-photo shoot to chase the [Romney] car. ‘At least 10 members of the wedding party’ tried to reach Romney, with one man going so far as to attempt to scale a wood fence.” … Class warfare: “Romney could also have thanked investors from two other wealthy and powerful Central American clans — the de Sola and Salaverria families, who the Los Angeles Times and Boston Globe have reported were founding investors in Bain Capital. While they were on the lookout for investments in the United States, members of some of these prominent families — including the Salaverria, Poma, de Sola and Dueñas clans — were also at the time financing, either directly or through political parties, death squads in El Salvador.” … Losing the political class: “Dan Ackroyd: ‘[Romney] wears a girdle, I think.’” Earth tones! … Veepstakes: “We [First Read] can say with a high degree of confidence that Romney’s vice-presidential pick has largely come down to three men: former MN Gov. Tim Pawlenty, U.S. Sen. Rob Portman, and House Budget Committee Chairman Paul Ryan. And it’s more than possible that Romney has already made up his mind.” … Veepstakes: “[M]y gut instinct and contrarian nature make me think we could be in for a preconvention surprise. Why not New Hampshire Sen. Kelly Ayotte, whose down-to-earth sensibility would offer a useful complement to Romney’s patrician persona?” … Veepstakes: “Still, the election is close enough that these marginal effects could matter — and an extra point for Romney in OH [Portman] or VA [McDonnell] would be awfully nice for him right now.” … Veepstakes: “Last night, Stephen Colbert played a snippet of a Fox News report noting the jump in last-minute edits to Sarah Palin’s page four years ago. ‘[COLBERT:] We could be looking at Vice President Season Six of Buffy-the-Vampire Slayer. So, Nation, let your voice be heard in this history decision. Go on Wikipedia, and make as many edits as possible to your favorite VP contender.'” (see).

Obama. War on women: “Obama on Wednesday accused Rs of wanting to take the nation ‘back to policies more suited to the 1950s than the 21st century’ during a campaign stop aimed at securing support from women.” … Money: “President Obama’s reelection campaign is launching another contest, where entrants can have the chance to play in the “Obama Classic” and shoot hoops with ‘some of the best basketball players alive.’ Listed in support are Michael Jordan, Patrick Ewing, Sheryl Swoopes, Carmelo Anthony, with others to be announced.” … Oopsie: “Obama’s re-election campaign washed its hands Wednesday of an independent group’s vicious (and misleading) ad effectively blaming Mitt Romney for the death of a laid-off steelworker’s wife from cancer.” … Oopsie: “But a new radio ad the Obama campaign is running in OH might be a new low, dinging Mitt Romney for remarking that coal ‘kills people.’ Here’s the thing: the plant Romney was talking about actually does kill people.” … September reach-around: “Speculation is rising that the Fed will take action in September, and that’s led to a rise in stock prices, with the S&P closing above 1,400 for a time on Tuesday. This wouldn’t be an October surprise, but it could seal the deal for Obama despite the bad economic times. Few presidents lose reelection when markets rise in the three months prior to Election” (and see Nate Silver).

* 30 days until the Democratic National Convention ends with vats of iced tea for everybody on the floor of the Panther Stadium, Charlotte, NC. 30 is the minimum age for US Senators. 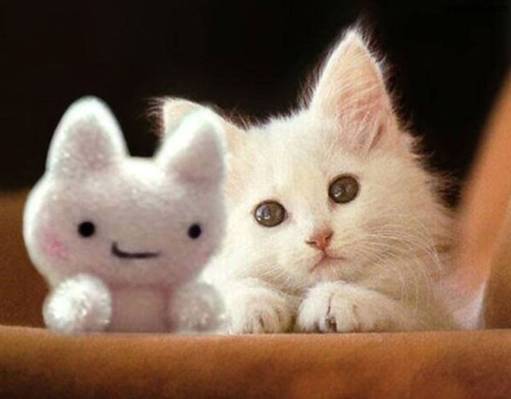