Occupy Tampa is preparing for the Republican convention. As I understand it, they will be allowed to use the Voice of Freedom park and are hosting the Food Not Bombs World Gathering starting tomorrow (technically, they have been evicted, but the eviction is not effective until after the convention). You can follow them on Twitter at fnbsouthflorida.

Not surprisingly, on Friday, police starting blocking roads and stopping and searching cars all over the neighborhood surrounding Voice of Freedom Park, which is a black, low income area. It’s common for raucous parties to spill out into the streets on Friday nights but all of a sudden the authorities have taken in interest in shutting them down with a huge police presence.

Below is a photo of one of the placards: 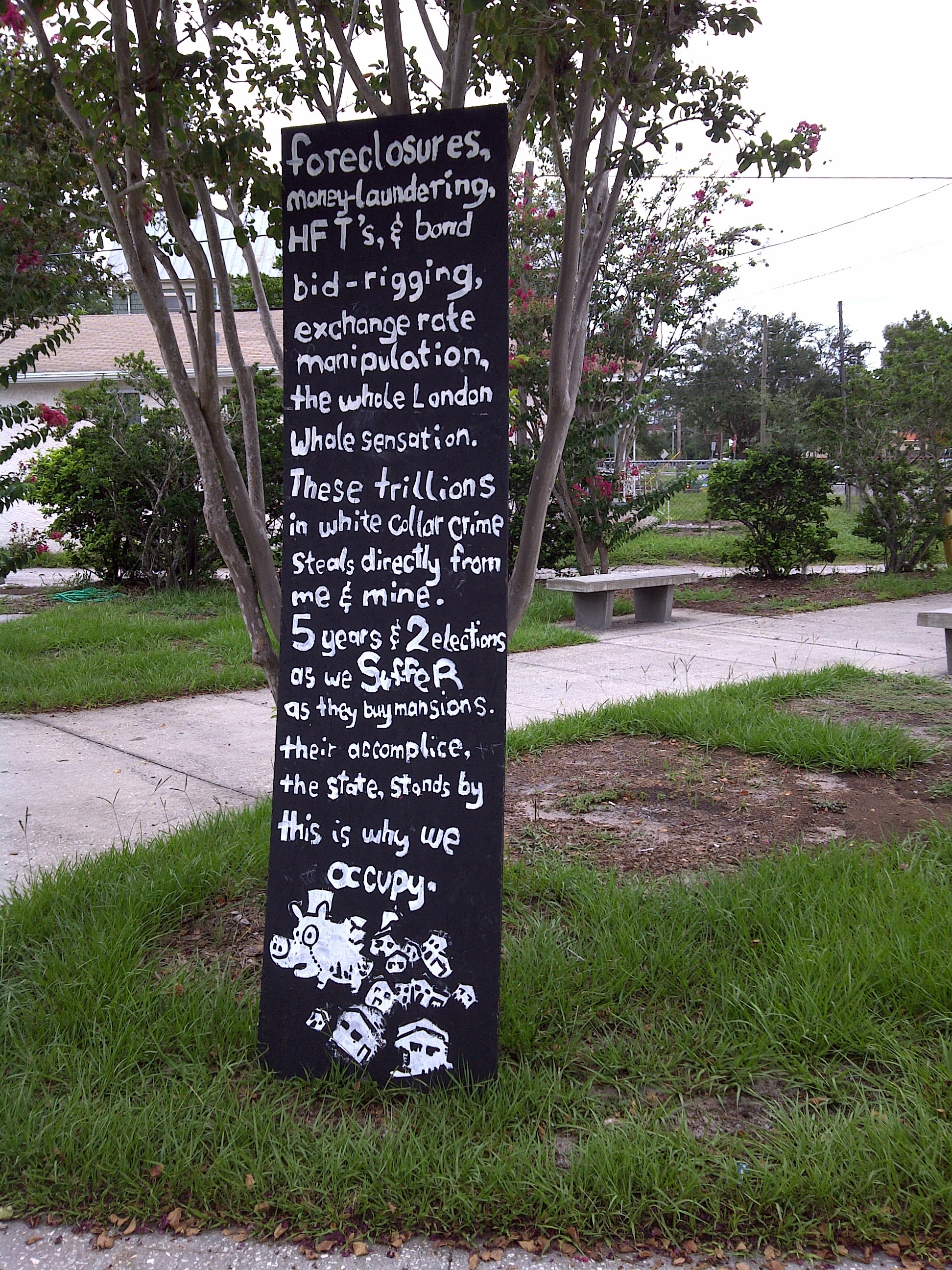