Study: Athletes Perform Better Under Pressure When They Make a Fist With Their Left Hand Atlantic. Too bad I have to use my left hand for SHIFT/FN/CTRL/OPT/CMD then.

Will Japan do to us on gas what we did to it on ore? Macrobusiness

Defense hawk wants out of Afghanistan: ‘We’re killing kids who don’t need to die’   AP. Wait, wait. As opposed to?

The Definition of a Quagmire Dexter Filkins, The New Yorker

Some life expectancies are shrinking Marginal Revolution. Policy success for the 1%.

Troika report on Greece may come after U.S. vote Reuters (Doug Terpstra). How considerate of the Eurocrats to make sure there are no market rumbles prior to the election.

The Scandal of Chevy Volt-Gate! future of transporation

Nationwide Protests to “End the Fed” This Weekend George Washington

My Triumph over the Bankers LBR. “Free forever.”

NYPD aims to prevent iPhone theft, accepting signups for device registry at Apple stores The Verge. What could go wrong?

Why J.R.R. Tolkien’s ‘The Hobbit’ Isn’t Just For Kids WSJ. I remain thankful for having read the original Tolkien hardcovers with the fold-out maps, and having been raised on the Lewis Carroll’s Alice, Kenneth Graham’s The Wind in the Willows, P.J. Travers’ Mary Poppins, A. A. Milne’s Pooh, and Lucretia Hale’s Peterkin Papers, all “in the original.” As it were.

“Oh, man, not another election. Why do we have to choose our leaders? Isn’t that what we have the Supreme Court for?” –Homer Simpson

Chicago teacher’s strike. Vote: “Chicago teachers will vote Oct. 2 on whether to approve a contract with the nation’s third-largest public school district following their first strike in 25 years, school and union officials said on Friday.”

Quebec. Fracking: ” [Quebec Minister of Natural Resources Martine Ouellet said the PQ will maintain a full-out ban on hydraulic fracturing.” Of course, Hydro-Québec… Victory: “‘If the PQ is passing today a series of measures which answer to our demands, it is because we have held to our principles, and have defended them with an approach that was combative, yet unifying,’ said Camille Robert, co-spokesperson for the CLASSE. ‘In the future, our approach will win out over any regressive measure.'”

CA. Charters: “[A] charter high school that opened only last week in temporary space at Sherwood Mall will shut its doors for the final time Friday after a 10-day run.” Creative destruction!

NC. Disemployment: “Today, the NC Division of Employment Security released another disappointing jobs report for August that reflects a weakening private sector exacerbated by the long-term decay in the state’s public sector employment base.” (Only Obama can drown government in a bath tub; see second chart.) … Gary Johnson: “Then Johnson asked the audience, ‘What happens if all of you waste your vote and vote for me as president?’ Then he paused. ‘Then I’m the next president of the United States.’

FL. Foreclosure: “Angela Agrippa made a unique plea to the President today. She’s facing foreclosure and needs help saving her home, so she put her message [“OBAMA SAVE MY HOME”] on her roof” (where Obama might spot it from his helicopter). If only the Czar knew! … Corruption: “After securing $135 million in promises statewide, Digital Domain is the biggest jobs-incentive failure ever in FL. Incentives might still make sense in some cases. But as Digital Domain unwinds, it should provide all the incentive cities like West Palm Beach need to examine their own practices in detail.”

NY.Green Party: “[Ursula] Rozum [here] might not win the NY-24 race, but she will be a factor. The Siena poll released last week found seven percent of voters surveyed said they would vote for Rozum.”

TN. Godwin’s Law: “Its [sic] good to see I’m not the only one willing to stand up to the gaystapo.”

PA. Fracking: “Pennsylvania townships sued, calling unconstitutional the obliteration of their local rights to maintain public health. They won, but are scheduled to defend their rights in Pennsylvania’s supreme court 17 October.” … Fracking: “[Gov Corbett] also lashed out at drilling oppo­nents [during the Shale Gas Insight Con­fer­ence], call­ing them “unrea­son­ing.” “After all the pre­dic­tions of dis­as­ter and the fear­ful warn­ings of peo­ple with no under­stand­ing of the indus­try, Penn­syl­va­nia is reap­ing a bounty.”

Outside baseball. “Work hard and play by the rules”: “As the first woman in my family to graduate from college, I am still the working poor, with no health insurance (and several physical ailments) and no pension. It is extremely stressful and disconcerting to have multiple college degrees and still be in poverty. I’m in my 60s and I will never be able to afford to retire, so I have no choice but to work until I die.” … Fracking: “To the extent that fracking does take place, the least the public can expect is for the oil and gas industry to be held accountable for the damage it causes. Such accountability must include up-front financial assurances. [Frackers should be required to post] dramatically higher bonds.”

Ladies of negotiable affection. Cartagena: “[Charles K. Edwards, acting IG for DHS] told lawmakers Friday* that six women who met with U.S. Secret Service employees in Colombia in April were paid for sex and that other DoD and White House staff [two] might also have been involved.” Gee. And I thought this scandal was put to bed long ago [NC 2012-07-23]. As I remarked then: “If the Republicans don’t inflate this scandal to Travelgate dimensions — if the Rovian dog does not howl in the night — that curious incident would be a strong indicator that they just aren’t serious about election 2012″ (2012-04-19) [* the day where stories go to die]. And, oh yeah, Edwards’s “investigative report will not be released publicly.” Haw.

Grand Bargain™-Brand Catfood Watch. Fiscal cliff: “Slowly and quietly, the U.S. Congress may be arriving at a consensus on how to avoid falling off the ‘fiscal cliff’ on December 31 – by simply putting off its own deadline for most of the major year-end budget and tax decisions.” Two words: “Article I.”

Robama vs. Obomney watch. The empire abroad: “For months, Romney, alongside Obama, has sustained the nondiscussion of a double concern that allied officials see in the presidential election: whether America is now inured to failing to win its good wars, and how much of an obligation that the United States must function as global good cop.” … The empire at home: “Both parties are stout defenders of redistribution to the interest groups of their respective party coalitions. And there is a great deal of overlap. Neither party is going to drown the military-industrial complex in Grover Norquist’s bath tub any time soon. Neither party has the self-immolating intention to cut the welfare programmes that most benefit the middle class.” … Media critique: “[A] Romney speech has all the intellectual nourishment of an abandoned pack of pretzels found in an airline seat pocket. The same is, of course, true of Obama’s campaign appearances, but, in general, challengers are held to a higher standard than incumbent presidents (see Kerry, John)” (Walter Shapiro)

The trail. Swing state Keynsianism: “Unemployment climbed in WI, NH, IA, NC and NV, figures from the Labor Department showed today in Washington. The rate dropped in CO and NM, and was unchanged from July in OH, FL and VA. Joblessness in six of the 10 states is below the national average of 8.1 percent.” Guess that’s why they pushed that weak Census sh*t. … Debates: “Gary Johnson, his running mate James Gray, and the Johnson-Gray Campaign filed a lawsuit in U.S. District Court in the central district of CA against the Commission on Presidential Debates, the DNC, and the RNC. The lawsuit alleges that the Commission on Presidential Debates and the two major parties are restraining competition.” If there’s justice, they’ll win. Oh, what am I thinking?

Green party. #S17: “[Jill Stein] declared that America is at a breaking point, and that it’s “time to turn that breaking point into a tipping point,” and she criticized the Dodd-Frank Act as ‘gutless, toothless, and useless.’ As she brought her speech to its end, she pointed to the nearby headquarters of H.S.B.C. and described its ‘greenwashing’ initiatives as a ‘partnership with the devil.’ The protesters wiggled their fingers in the air to signal their support.”

The Romney. Snakebit: “A plane carrying Ann Romney made an emergency landing Friday afternoon after smoke filled the cabin.” … Mediscare: “[AARP] Audience members also heckled Ryan over the course of the speech [on privatizing Medicare], much of which was met with stony silence. [A]pplause mixed in with the boos for much of his appearance.” … Tax returns: “When, exactly, did [the Romneys] satisfy their responsibilities as taxpayers for the years preceding the 2009 IRS amnesty program for anonymous holders of Swiss (and other foreign) bank account holders? Might it have been retroactively, like, maybe, in 2009?” … Point shaving? “[B]efore releasing their tax returns, the Romneys reduced the size of their charitable deduction so their effective tax rate would conform to Mitt’s previous statement that’d he’d never paid less than 13% in taxes. (Had he claimed the full $4 million [charitable] deduction, their effective tax rate would have likely been around 12%.).” Only The Romney could manufacture bad optics from paying more taxes than he had to. …. Point shaving? “The Romney campaign’s approach is more random. One day, Obama is a stealthy socialist. The next day, he’s an incompetent Washington politician. A few days before that, his vice president was making coded appeals to black racism.” Ouch! … Iron law of institutions? “So overall you have several institutional incentives all pushing R presidential campaigns towards, well, mediocrity. There’s pressure from the movement conservative marketplace to create “products” that can be sold to the marks; there’s the danger of a closed information feedback loop; and there’s the personal rush and career rewards that come creating and placing flaps in the press” Ouch! … Track record: “‘You don’t see any mayor in MA out promoting [Romney’s] candidacy, because there are none,’ said former North Adams, Mass., mayor John Barrett. ‘We saw the job that he did, and so did Rs. They’re staying on the sidelines because they know.’” Ouch! … Nooners: “The Romney campaign has to get turned around. This week I called it incompetent, but only because I was being polite. I really meant ‘rolling calamity.‘” Ouch! Will Mr. James Baker please pick up the white courtesy phone?

The Obama. The Bill Clinton: “Michelle Obama this week acknowledged that the extended hug between Obama and [Bill] Clinton at the DNCon was ‘the public display of the bromance’ that has been going on for some time.” … Medicare but not for all: “President Obama defended his signature healthcare law Friday and told seniors that Mitt Romney and Paul Ryan would leave them ‘at the mercy of insurance companies.’” Which, of course, ObamaCare does not do. Oh, wait…

* Slogan of the day: Sailing the seas depends on the helmsman, waging visionary minimalism depends on Obama Thought! 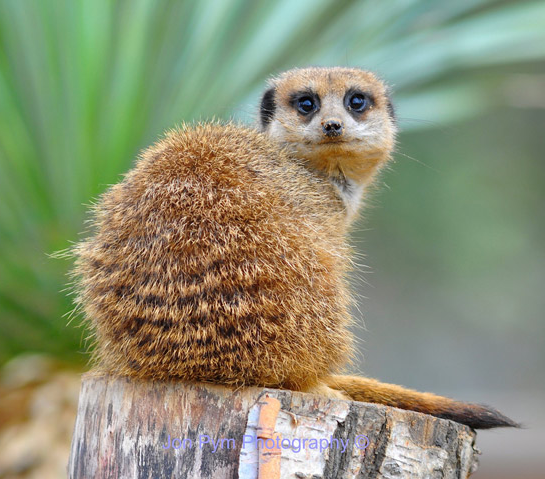