Fears Rising, Spaniards Pull Out Their Cash and Get Out of Spain NY Times

Republicans Hope Bad Jobs Report Will Overshadow Obama’s DNC Speech Think Progress. The Republicans aren’t really trying, they just want it to be handed to them.

Cat and mouse: Syrian activists play a dangerous game on the Web Women Under Siege

Sexual Violence in the DRC: What Good is the Dodd-Frank Act? Think Africa Press

Apple Worth More Than Listed Firms in PIGS Combined CNBC

“You just can’t keep hogs away from the trough, can you? “ –Olivia de Havilland, Hush… Hush, Sweet Charlotte

DNCon. Weather: “Obama’s acceptance speech Thursday night will be held outdoors unless there is dangerous lightning flashing overhead – and the forecast calls for thunderstorms.” … Eastwood: “Actress Betty White is being called on by fans to speak at this week’s Democratic National Convention.” … Filling Bank of America Stadium: The Ds are giving away ticket free and busing warm bodies in. “Polls show voter enthusiasm is down, as are Obama’s crowds for his battleground state campaign rallies. ‘The response we’ve seen from the community has been incredible and it’s obvious that people have a big interest in owning a piece of the most open and accessible convention in history,” said Adam Fetcher, a campaign” spokeshole. “Owning a piece”? Srsly?

DNCon protest. Police state: “‘I hope they go to jail,’ one [D] woman said rather loudly.” … Crowds: ” A minor stir was created about 11 p.m., when someone began flashing images with a projector on the side of the Bank of America Corporate Center on North Tryon Street. But the person or people responsible for the images was gone within a few minutes.” … Sunday March “[T]he targets for the march were BOA and Duke Energy, not the Dems. I heard no specific criticism of the Dems from the speakers, except the facile ‘neither party’ or ‘both parties'” (from a source on the ground). (Photos) (video) … Sunday March: “Eric May woke up on Sunday, painted himself Incredible Hulk green in 20 minutes, threw on an anti-Obama T-shirt he had bought online, grabbed his ‘I’m Mad as Hell’ sign, and got his wife to drop him off at his first-ever protest march. ‘I would characterize myself as independent to libertarian,’ May said. ‘It seemed like it was organized well.'” …. Monday march: “Police, who appeared to outnumber the protesters by a margin of 10 to 1, seemed determined to avoid any direct confrontations with the protesters. ‘This isn’t a protest,’ one member of the group said. ‘This is an articulation of the boundaries of the police state.’ ‘This is a test march,” said Shangry Gorecki, 32, of Los Angeles. ‘We want to see how they play.'” Well, a small, determined, and imaginative group could punch a hole in the canvas of this Potemkin Village pretty easily. And then? Nevertheless, and not to trash the individuals involved, but the whole culture of “protests,” “marches,” and silo-ed “causes” seems a bit legacy now, no? Just like the parties and conventions themselves?

RNCon. Romney’s speech: ” A Gallup poll on Monday showed Romney’s speech last week got the worst scores of any convention acceptance address going back to 1996, when it began measuring them.”

AL. DNCon, Left in Alabama: “Our big problem is that so much great stuff is happening at the same time. It’s hard to make a decision about what events to attend… although those that offer free food and drink do get a closer look! :-) ”

AR. Legalization: “AR will be the first Southern state to ask voters whether to legalize medical uses for pot.”

CA. Food: “Monsanto has donated $4.2 million to efforts to defeat Proposition 37, a measure on the November ballot that would require labeling for genetically engineered foods.” … Legalization: “‘People will find out that these guys have an indoor grow, wait ’til it’s harvest season and go in and rob them at gunpoint.’ At least a dozen [home invasions] have happened so far this year — and that’s not counting the robberies that go unreported by those growing marijuana illegally.”

FL. Corruption: “More than 90,000 times, Florida’s last-resort insurer Citizens and its contractors rejected reports from inspectors they hired to determine whether customers qualified for property-insurance discounts. Three out of four homeowners have lost credits for building features that harden homes against hurricanes. The campaign has affected about 250,000 homeowners, has raised premiums by more than $137 million and is ongoing. Gov. Rick Scott has pushed state-run Citizens to raise premiums, reduce coverage, shrink its risk exposure and help drive customers to private competitors.”

IA. Propagation: “[ASHLEY JUDD tweets:] “The good people of Waterloo, IA are fired up about this election! Great dialogue about positive changes under Obama & refusal to go back.”

IL. Chicago: “The mortality rate for black infants is on a par with the West Bank.”

LA. Isaac: ” At least this time around they’re doing brake tag checks instead of shooting at people trying to cross bridges. Gotta admit there’s been some improvement. ”

MD. Greens: “Bob S. Auerbach, age 92, a retired librarian and lifelong peace activist, has been nominated as the 2012 Green Party candidate for Congress from Maryland’s Fifth District and will appear on the general election ballot.”

MI. DNCon, Electablog: “I am an alternate delegate for the MI caucus and we are both credentialed media.”

MT. Indicator: “Nonresidents are no longer clamoring for the quota of permits the states offer for their fabled deer and elk hunts despite the standout hunting opportunities. Nonresidents are cash cows for state budgets.”

NY. Corruption: “You would be excused for thinking that the NY State Attorney General’s office has become the investigative arm for ‘ripped from the headlines’ campaign-related incidents.”

TX. Technology transfer: “Caltrops are a tire deflation device made up of several nails welded together in a star-like shape that always points upward. Ponchallantas, the name for caltrops in Mexico, are used by lookouts of criminal organizations to slow down military patrols in the area.” … Legacy parties: “;The TX D Party has always strained to not complain about the extent to which the national party takes more than it returns,’ said Jim Henson [of UT].” … More guns, please: “Aerial hunting of feral hogs became permissible in TX a year ago. However, not many hunters take advantage of the opportunity, which can cost $300 to $1,000 per hour.”

TN. DNCon: “It’s really fascinating. You’re sitting there, and there is George Stephanopoulos four seats down. There are all these people there, and nobody cares. We are all there to nominate the person we want to be president.”

VA. Indicator: “[T]he Madison Free Clinic is seeing an increase in two to six new patients a week this year. [Executive director:] ‘We are now getting what you’d consider traditional middle-class people. We are talking college graduates, professionals, people who’ve owned their own business.'” … More guns, please: “Virginia State Police issued 1,632 concealed-carry permits to nonresidents through the first half of 2012, topping the previous year’s total of 1,321 nonresident permits. [The] trend that may be helped by online gun classes, which] allow applicants to seek a permit from Virginia that is valid in their state, but without having to meet tougher requirements, such as firing a gun with an instructor.” What are neighbors for?

Outside baseball. Unions: “There truly are no advocates for teachers and public education with any kind of position of effectiveness outside of the public teachers unions. Therefore, one must tread lightly when publicly criticizing the unions.” … Media critique: “What Smith tepidly calls a ‘strange and at times uncomfortable collaboration between the political party and the media’ tens of millions of people outside of journalism and politics consider a dangerous abdication of the media’s traditional role as a watchdog over political functions.” Uncomfortable? Like who has to sleep in the wet spot?

The trail. Bob Dole nostalgia: “Let me be the bridge to a time of tranquillity, faith, and confidence in action. And to those who say it was never so, that America has not been better, I say, you’re wrong, and I know, because I was there. And I have seen it. And I remember.” … Black turnout: “If black turnout falls by only 5%, it could cost Obama NC and cause him significant trouble in OH and VA, a July report by the civil rights group National Urban League predicted.” … Empty chair: “The right rallied on Labor Day to celebrate ‘National Empty Chair Day,’ a show of solidarity with Clint Eastwood.”

Obama. Have a beer with: “[OBAMA: I]t is very rare that I come to an event where I’m like the fifth or sixth most interesting person.” No false modesty there! … In the bag: “Obama’s team, however, conveys such a visceral sense of self-confidence that even protestations to the contrary take on air of comically profane absurdity.” But then they would, wouldn’t they? … The base: “‘First and foremost they need to mobilize the base,’ said pollster James Henson. ‘That means a lot of red-meat rhetoric for the left as the Democrats try to maximize turnout among the Occupy movement followers, under-30 voters, union workers, environmentalists, social liberals, minorities and anti-war activists.'” Just rhetoric? We’ll see. … First-time voters: “But the [LSU] study also found ‘consistent evidence that Obama’s 2008 first-time voters are less supportive than other Obama voters, reflecting a decline in enthusiasm among a key voting bloc in the 2012 elections.'” Once bitten… The economy: “Flinching in the face of economic weakness, Obama’s top aides refused to say Sunday in the run-up to the DNCon if Americans are better off than they were four years ago.” … The economy: “Cutting through the campaign spin, are we better off now than we were four years ago? Unemployment rate, overall: January 2009: 7.8%. Now: 8.3%.” … Promises: “Our scorecard shows Obama kept 37 percent of his promises.” Cue the music….

* 3 days until the Democratic National Convention ends with great barbecue and official sauce for everyone on the floor of the Panther Stadium, Charlotte. DC, DE, MT, ND, SD, VT, and WY have 3 electoral votes. 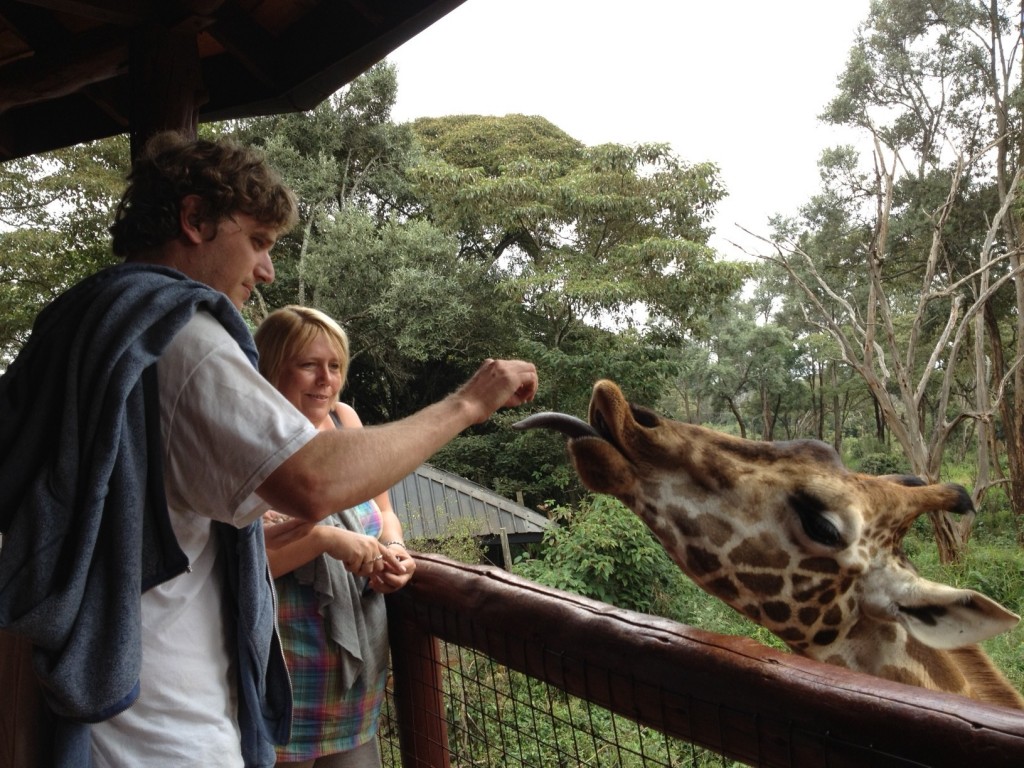