Billions required to save nature BBC

In praise of … Julia Gillard Guardian. This is an editorial, not an op ed.

Children and Grandchilden Do Not Pay for Budget Deficits, They Get Interest on the Bonds Dean Baker

We’ve Gotten To The Bottom Of The Mysterious Jobless Claims Report! Clusterstock

“The problems of the real world are primarily those you are left with when you refuse to apply their effective solutions.” –Edsger W. Dijkstra

Walmart. Respect: “OUR Walmart [Organization United for Respect at Walmart] does not claim to be a union; it does not seek formal recognition from either the NLRB or even from Wal-Mart. But it does seek to give effective voice to those Wal-Mart associates willing to join. I met four of them when they came to a writing workshop at UC Santa Barbara. They were working-class folks with all the insecurities, bills, family problems, and job issues faced by millions of retail and service workers. And they were incredibly brave, because they were determined to tell their story, to explain why their work life at Wal-Mart was so often punctuated by a series of humiliations, petty and grand, that they found intolerable. Joining OUR Walmart was a gamble they were willing to take” (good explainer). … Money: “Most Walmart employees can’t afford to strike for any extended period of time either, and Greg, Charlene and William [Fletcher] will be back at work in the lead up to Black Friday. ‘Walmart doesn’t pay us enough to give us any kind of savings,’ William explains. ‘I’m sure it’s by design.'” … Jobs: “Each new Walmart store hires, on average, 450 workers, and since the recession, 5,000 to 6,000 applicants have been vying for one of those jobs. That means just 7.5 to 9 percent of hopefuls will get hired. By these numbers, Walmart today is more competitive than the Ivy League.” And no legacies! … Walmart at 50: “The America Walmart helped to create isn’t working for most of us” (the corporate site). … Corruption: “[A]lthough Walmart claims to be monitoring its factories’ compliance with environmental and labor rules, its auditing system is plagued by corruption.” Shocker! … Corruption: “Meredith Boucher, a former [Winsor, Ontario] Walmart assistant manager in Canada, was awarded $1.49 million after suing for mistreatment in the workplace/” … Pressure works: “Walmart employees will now be able to get heart, spine and transplant surgeries at six of the nation’s most prestigious hospitals at no cost, the world’s largest retailer announced Thursday.” Right, right, but what have you done for us lately? And it would be better if warehouse work didn’t wreak your spine in the first place, eh?

FL. Voting: “From Key West to Pensacola, thousands of absentee or mail ballots were discarded in the Aug. 14 statewide primary because voters overlooked a requirement that they sign the envelope containing their ballot, even though the instructions conspicuously remind voters to do it.” … Crowds: “‘Don’t boo, vote!’ Obama said quickly. The crowd exploded with applause. By the end of the speech, Obama turned the phrase into a call and response. Obama: ‘Don’t boo … ‘ Crowd: ‘… Vote!'” Truly spontaneous and/or great advance work.

MA. Warren/Brown: “The League of Conservation Voters, Americans for Tax Reform and Crossroads Grassroots Policy Strategies have spent more than $1 million on robo-calls, direct mail and door-to-door canvassing in the last three weeks trying to influence what political strategists say is a pivotal race in the fight for control of the Senate.” Although both candidates pledged no outside money.

MD. Walmart: “Members of [Making Change at Walmart (here)] passed out leaflets both inside and outside the store. Store managers and associates asked them to leave several times and a Walmart associate stood at the main door taking the flyers away from employees and customers as they entered.”

ME. King/Summers/Dill debate: “[DILL (D): ‘My two opponents should put aside their bickering about money. It’s the one thing they both have in common.” Ouch, but she’s only running left because she’s out of the race.

MT. The tribes: “A group of American Indians from the Crow, Northern Cheyenne and Fort Belknap reservations sued state and county election officials in federal court. The lack of satellite election offices on reservations, the plaintiffs allege, forces Indians to drive long distances to vote at the county seat, is discriminatory and denies Indians their voting and civil rights.”

NY. Green party: “[At Grandy debate, which the D didn’t attend, Green candidate Ursula] Rozum could win some name recognition and a new audience for her views. Buerkle and Maffei are so far tied in a rematch of the 2010 race, most polls show. Rozum is getting about 7%” (Bob).

OH. Voting: “The Sixth Circuit has decided SEIU v. Husted and NEOCH v. Husted in a single opinion. This is the most important decision in this election cycle. [T]he main point: it violates the Constitution (equal protection and due process) for the state of Ohio to fail to count ballots cast in the right location but in the wrong precinct solely because of poll worker error.” … The Romney: “With post-debate polls showing him within striking distance of Obama in the all-important swing state, Romney will spend four days this week in OH.”

TX. Keystone: “[T]wo reporters covering the protests for The New York Times were covering a protest on private land yesterday when they were handcuffed and detained by a security guard for TransCanada (the Canadian company behind the pipeline) and local police. The reporters were on the private land at the invitation of the landowner.”

WA. Police state: “Why was the only federally identified May Day vandal sentenced to time served (about a month) while people granted immunity from prosecution–[Leah-Lynn Plante] says government attorneys don’t dispute that she wasn’t even in Seattle on May Day–are looking down the barrel of 18 months in federal custody?”

Fracking. Exxon-funded (!) German study: “For now, the only fracking that should be allowed is exploratory wells [PDF] and single model demonstration projects–under extensive safety conditions–designed to define and optimize the state of the art, gain a greater understanding of the impacts of fracking, and test practices. Such efforts should only occur along with extensive in-depth dialogue with stakeholders and new statutory and planning structures.”

Grand Bargain™-brand Catfood watch. Biden/Ryan debate: “Who won the debate? Billionaires, when Martha Raddatz said SS & Medicare are going bankrupt, and Biden didn’t argue” (DCB; the transcript; McClatchy fact check. It’s actually worse: Ryan said that’s an “indisputable fact,” and Biden shifted to snark about Palin instead of nailing him on it. So much for “flat guarantee” (NC 2012-08-16). Medicare, ditttoez).

Outside baseball. Charters: “Apparently audiences won’t pay to see a movie that demonizes teachers’ unions. Won’t Back Down had the worst opening weekend of any film in wide distribution (over 2,500 theaters) in the past 30 years.” … ‘What do you mean, “we”? “In a new, special-edition ‘Election Issue’ out today, Businessweek poses Reagan’s memorable question: Are you better off today than you were four years ago? That, Peter Coy writes on page 72, “depends on the meaning of ‘we.'” Doesn’t it always?

Robama vs. Obomney watch. Health care: “‘[ROMNEY:] We don’t have a setting across this country where if you don’t have insurance, we just say to you, ‘Tough luck, you’re going to die when you have your heart attack.” (Except we do: “More than 26,000 working-age adults die prematurely in the US each year because they lack health insurance.” Unfortunately for the Ds, the ACA still leaves 30 million uninsured, so to nail Romney, the Ds would have to explain why they shoved those 30 million out of the life boat to die even if they did insure others. Should be interesting to watch!)

The trail. Swing states: “Are there reasonable explanations for the gap between national and state polls? [5.5% vs. 2.1% debate bounce for Romney. Here’s] a possibility. Campaigns might matter. There hasn’t been a campaign where the battleground states have endured so many advertisements for so long before the rest of the country even began to tune in. This was also a campaign where the conventional wisdom has long held that attacks on Romney did al ot of damage, especially in OH.” … Microtargeting: “Campaign aides for Romney and the RNC are excited because they believe their ability to locate demographic and issue blocs of sympathetic voters and turn them out — without accidentally pitching and turning out voters inclined to support Obama — has been refined to the point where it’s close to error-free. Beeson likened the campaign’s microtargeting to being able to isolate grains of sand, saying they have ‘never had the level of granularity we have now.’ Reminds me of GOTV trash talk in the Walker recall.”‘ … Voting: “Based on what the Prospect could glean from [True the Vote Attorney Brook] Akers and from state groups that claim a connection with True the Vote, it appears that the group could fall well short of its million-watcher goal.” …. Obama/Romney II: “Given that the debate will be a town hall, the format may be somewhat better for the president than the last debate. And [t]he press had an incentive before the first debate to report Romney as a winner in order to keep the race competitive. This time, though, much of the media may be inclined to give Obama the benefit of the doubt: After all, what’s better than a comeback story?” (Larry Sabato) … Overtime: “One Democratic operative said he considers preparations for legal challenges as important as get-out-the-vote efforts.”

Biden/Ryan debate. Taegan Goddard: “The vice presidential debate between Joe Biden and Paul Ryan was one of the best debates I can remember. It was a great service to all Americans.” I must be too jaundiced (or not). … “Malarkey”: “Biden came out firing from the outset, and in characteristic fashion. He dismissed as ‘a bunch of malarkey’ Ryan’s first answer, which had tried to frame the September attack that killed four Americans in Benghazi, Libya, as part of a broader ‘unraveling’ of Obama’s foreign policy.” Will be interesting to see if “malarkey” propagates. Will Obama use it? … Biden’s snickering: “Biden and Ryan were the two candidates on stage at Thursday’s vice presidential debate, but a third character emerged: Joe Biden’s laugh, which didn’t escape the notice of tweeting politicos.” … Biden’s snickering: “Biden’s chuckles, sighs and interruptions during the first and only vice presidential debate with Ryan, took off on the Internet during the debate.” Unlike Gore’s “sighing,” this actually happened and was noticed in real time, not days later. … Ezra Klein: ” I remember walking away from our first debate [Klein v. Ryan] somewhat confused. The deeper we drilled into the regulations in Ryan’s plan, the more they sounded like the very plans he was arguing against.” Tactically, Biden was good at cornering Ryan in just this way. Strategically, this is a function of the very narrow differences between the parties, not the skill of the debaters. … WSJ: “it’s not clear whether a fairly bloody draw will be enough to blunt Mr. Romney’s obvious momentum — or, on the other hand, be enough for him to pull even with the president in critical swing states where he still trails, if by reduced margins.” Discourse note: Qualifying (a**-covering) adverbs like “fairly” are a tell for insider and wannabe insider discourse. See Strunk, Rule #1. … Polls: “48% of voters who watched the vice presidential debate think that Ryan won the showdown, according to a CNN/ORC International nationwide poll conducted right after Thursday night’s faceoff. 44% say Biden was victorious. The R running mate’s four point advantage among a debate audience that was more R than the country as a whole is within the survey’s sampling error.”

The Romney. Surge? “For the time being, however, Romney continues to rocket forward in our projections. The forecast model now gives him about a one-in-three chance of winning the Electoral College” (Nate Silver).

The Obama. Things you never want to hear your pollster say: “‘Polls will go up, polls will go down,’ campaign director of opinion research David Simas said.” And at the end of the day, one candidate wins!

* Slogan of the day: Victory Belongs To The Romney! 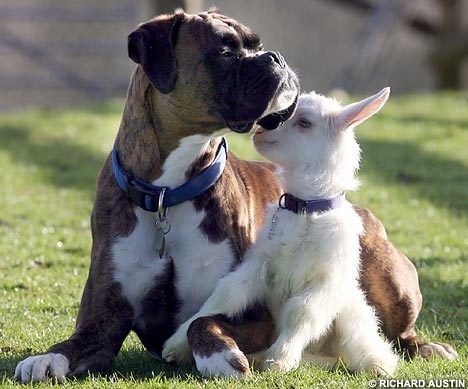