Baby elephant rescued from a water well in Kenya BBC

Suddenly, Everyone On Wall Street Is Taking The ‘Red Pill’ Of Economics Joe Weisenthal, Business Insider. Jubilee. For QE debt.

Are You Better Off Than You Were (1 or 4) Years Ago? Big Picture

Around the world, perceptions of Obama-Romney contest lag reality WaPo

Fork in the road as U.S. outstrips Europe Reuters

DEITY Launches Indian Search Another Word For it

Pesticide Threat Looms Large Over Farmworker Families In These Times

Why Natural Gas Won’t Save the World OilPrice

If These 5 People Who Tried Windows 8 Are Normal, Microsoft Has A Big Problem On Its Hands Henry Blodget, Business Insider (SW)

How It Could Happen, Part Three: To The Brink The Archdruid Report

Force is always on the side of the governed, the governors have nothing to support them but opinion. It is therefore, on opinion only that government is founded; and this maxim extends to the most despotic and most military governments, as well as to the most free and most popular.— David Hume, Essays, Moral, Political, and Literary

Meet the Press as told to The Bobblespeak Translations: “GREGORY: OMG the race is exactly tied!! TODD: it’s a incredible coincidence that the media is announcing the race is a tie when a tie is also good for the media.”

Walmart. One big union? “It’s not just the workers who walked off the job that have something at stake in taking on Walmart. As [Walmart-style] jobs increasingly dominate our workforce, we’ll be forced more and more to ask not just how many jobs the economy is adding, but what kind of jobs. All eyes should be on this historic strike and what gains Walmart’s workers are able to make in negotiating higher pay and better benefits.”

AZ. Uranium: “The BLM allowed Denison to begin operating the Arizona 1 in 2009 under a plan of operations approved in 1988, when the mine had a different owner. The Center for Biological Diversity and several other groups and Indian tribes argue that the agency should have required Denison to submit new environmental reviews before mining resumed. [The BLM] said that the BLM’s interpretation of federal mining regulations allows mines to stop production and restart at will, all under one plan of operations that is good for the life of the mine.”

CA. Police blotter: ” A Lancaster man has been arrested after he was found allegedly siphoning gas from cars in a Palmdale parking lot. Deputies found the truck had been elaborately modified with a large, unattached fuel tank in the truck bed and a number of hoses, electrical wires and pumps.” This guy should be in banking!

CT. Murphy/McMahon: “[Rep. Chris Murphy] D has been struggling. In a state where Ds have a 16-point voter registration advantage over Republicans and where Obama won by 23 points in 2008, recent polls suggest the race [against WWF executive Linda McMahon R] is a dead heat.” … Murphy/McMahon: “R Linda McMahon, a businesswoman who has never held elective office, believes tax cuts and reducing government regulations will spark economic growth. Her opponent, three-term congressman Chris Murphy, would extend the Bush-era tax cuts for all but the wealthiest Americans while at the same time investing in manufacturing and education.”

FL. Class warfare: “A St. Augustine cancer patient on Medicaid arrived at a local medical facility last week for her regular chemotherapy appointment but was told she’d been switched without notice from a Medicaid HMO called MediPass to a new Medicaid HMO called StayWell. According to [state Agency for Health Care Administration] Press Secretary Shelisha Coleman, information about StayWell providers can be found on the ACHA website, which is updated twice a year. When reminded that many Medicaid patients are poor and may not have computers, Coleman said she’d supply a ‘provider finder tool’ that could be published so patients can contact the company directly.”

IA. Class warfare: “Income disparity also has escalated. The top 10 percent of wage-earning households collected 54 percent of [O’Brien County, IA’s] income in 2010, compared with 40 percent a decade earlier. Of more than 3,000 U.S. counties, O’Brien had the 23rd highest jump in income inequality from 2000 to 2010, based on census data.”

IL. Voting: “[T]he Chicago Board of Election Commissioners ‘cautiously optimistic’ that the city will exceed its number of early votes from 2008. Many early voting centers are open Monday through Saturday, and a handful offer Sunday hours.” Whatever reinforces the duopoly!

MO. Akin/McCaskill: “Claire McCaskill leads Todd Akin 46-40. The only shift is Libertarian Jonathan Dine’s support dropping from 9% to 6% with those folks moving into the undecided column.”

OH. Voting: “An OH county’s director of elections has resigned because he says work on the coming presidential election was too stressful. He is an R so the county R Party in the key presidential battleground state will recommend his successor [(!!)].” … Brown/Mandel (debate): “[Mandel] on several occasions called Brown the ‘bailout senator’ — referencing Brown’s support for loans to two American auto companies and for propping up Wall Street banks in 2008.” … The university: “Our analysis suggests that deregulation does not increase college completion, make college affordable, or close the higher education gap. In many cases, deregulated states seem to perform worse than the nation on many indicators of accessible and affordable higher education.”

PA. Uranium: “[In Apollo, PA] many residents suffered serious illnesses from the uranium fuel plants located in and close to the village. Babcock & Wilcox and ARCO (the previous owner) were forced to pay $80 million to compensate victims for cancers and loss of property value. Now scores of new lawsuits have been filed against [them, following a] damning report to the federal court that states that [they] about ‘worst-in-the-nation releases of radioactive materials that spanned decades’ but didn’t do much to protect the health of the residents.” …. Legacy parties: “Of the 203 state House races, 96 are unopposed. Nine of 25 are unopposed in state Senate races. In both cases, the majority running unopposed are incumbents.” …. Fracking: “Chesapeake Energy has a permit to frack just one mile from the Beaver Valley Nuclear Power Station in Shippingport. Whether that is cause for alarm, experts can’t say.”

TX. Pipelines: “Texans are having nightmares of a Niger Delta nature. This is how it works: TransCanada makes an unacceptably low offer for the land it needs; the landowner rejects the offer; TransCanada gets the land condemned in court; then it legally acquires the land for a fraction of its original offer.”

WI. Voting: “But the lesser-known change that could have the greatest effect voters is a ban on ‘corroboration’ — the practice of allowing new or recently relocated voters to establish residency in a ward and register to vote by having someone vouch for them if they lack an acceptable document that shows their address. Because of tough economic conditions, many people need to re-register to vote after moving out of houses and into apartments or into homes of family members.”

Outside baseball. Metaphor: “[NORMAN DAVIES:] Historical change is like an avalanche. The starting point is a snow-covered mountainside that looks solid. All the changes take place under the surface and are rather invisible. But something is coming. What is impossible is to say when.” … Early childhood: “Consistent with the findings of Block and Block (2006), our results also showed that early childhood temperament predicted variation in conservative versus liberal ideologies” (track 1). … Redistricting: “Does redistricting makes the parties in Congress more polarized? No. If you want the simplest evidence, consider that polarization in the never-redistricted Senate mirrors that in the House.”

Grand Bargain™-brand Catfood Watch. Clinton hagriographyt: “Joel Johnson believes Clinton could help Obama (assuming he wins) with a renewed pursuit of a grand bargain on entitlements and taxes as Washington grapples right after the election with the so-called fiscal cliff.” How does “not one penny of cuts and any savings to beneficiaries” sound? Think Clinton can — or would — put that over? … Payroll tax: “Some Ds in Congress are seeking to include an extension of the $120bn payroll tax cut in negotiations over the looming ‘fiscal cliff,’ shaking what had appeared to be a bipartisan consensus to allow the measure to expire as planned at the end of the year.” … Accelerated regular order: “Expecting a procedural device to do the hard work of securing bipartisan agreement may be asking too much of Congress’s procedural tool kit in a period of divided and split party control.”

Green Party. Jill Stein: “Jailing and censuring people because you don’t want them heard from is really not good strategy. It did not work with Martin Luther King or Gandhi. It is not going to work with Jill Stein.”

The Obama. Freudian slip? “[BIDEN: ] How many of you know someone who served in Iraq or Iran?’ How many of you know someone who has been injured or lost in Iraq or Iran?” … Iran: “If I were Obama, during Monday’s debate I’d heartily embrace the idea of bilateral negotiations.” … Iran: “The Iranian regime seems to have a rooting interest in the upcoming U.S. presidential election, according to a review of online writers and bloggers in Iran.” FOX, bien sur. … Hmm: “‘You expect your family to give you the benefit of the doubt,’ [Mellody Hobson, an Obama fund-raiser] said.” … Money: Obama campaign takes out $15 million loan from BoA.

* Slogan of the day: Long Live The Victory of The Revolutionary Cultural Line of The Romney! 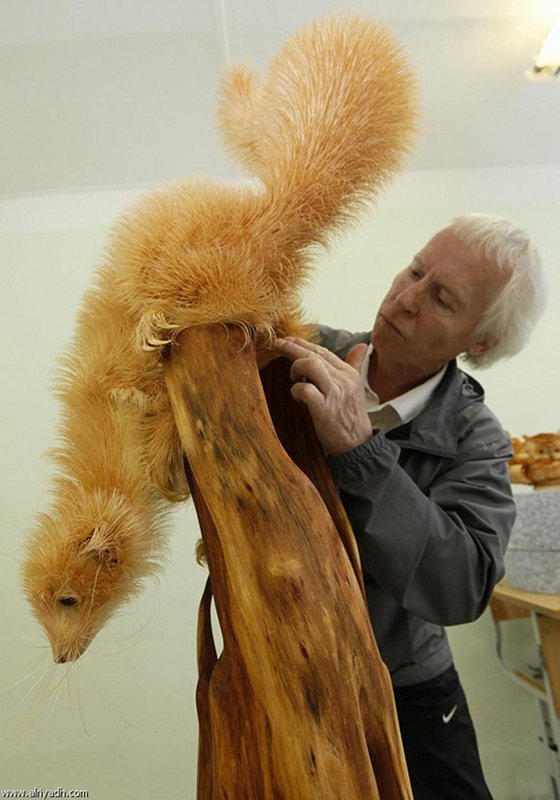