Under Wraps: When the Camels Go Out New York Times

Pharmaceuticals difficult to treat in drinking water Great Lakes Echo (Aquifer). So why is no one discussing a pharma tax?

Astounding: Miss America contestant will have both breasts removed, and she doesn’t have cancer Jon Rappaport. (furzy mouse)

UN general assembly recognises Palestinian state Guardian. By contrast, get a load of this headline! The Grey Lady can’t stand to use the word “recognizes”: U.N. Assembly, in Blow to U.S., Elevates Status of Palestine

Bradley Manning: how keeping himself sane was taken as proof of madness Guardian. More accurate: “used to redouble efforts to break him.”

Drones: Despite Problems, A Push to Expand Domestic Use San Francisco Chronicle (Aquifer)

Life in Post-Apocalyptic New Jersey: Climbing the water tower to defend our honor Riverdaughter (Carol B)

Recession Big Factor as Birthrate Falls Wall Street Journal. This is a big deal. Everyone forgets that demographers expected the US to show falling population in the 1990s, just like other advanced economies. The 2000 census caught them by surprise. The population rose due to immigration and higher than expected birth rates among Hispanics. Now it seems to be conventional to expect population growth in the US, when that may not continue.

Antidote du jour (furzy mouse). One reader’s wife is very involved in saving frogs, so I feel I should show more frog pix: 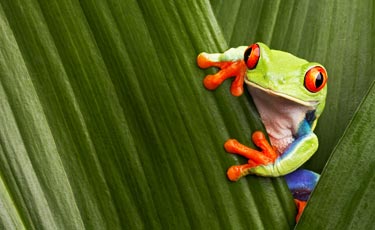 Here is a bonus, courtesy Mark Ames, who says “She’s telling her dog ‘carry him into the house’ [nesi’ domoi]”: