[Patient readers, I had an early morning Internet and phone fail, followed by an RL fail, and Yves was kind enough to cover the financial aspect of the Italian elections here because I could not cover the post. I’ve extended this post to cover the political aspects here. –lambert]

Even though, as the headline shows, I have little Italian, and less Italian politics, I’m so chuffed that Beppe Grillo did well in yesterday’s Italian elections — even though he was neither a wizened, permanently tanned, and shamelessly unrehabilitated whoremonger nor a Goldman Sachs alumnus (sorry for the redundancy) — that I thought I’d do a wrap-up before conventional wisdom completely congeals. Alert readers will, of course, correct and amplify this post in comments! 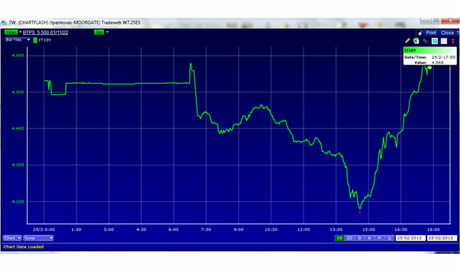 This was how the euro took the news yesterday, courtesy Clusterstock. It’s now at 1.3097, per Bloomberg: 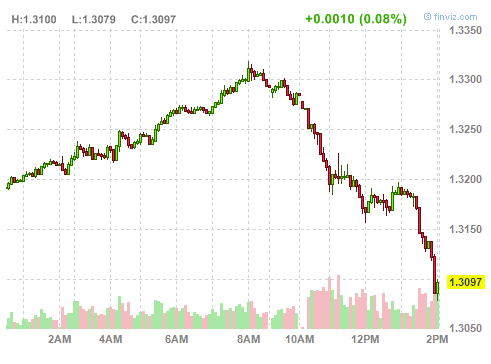 The Italian stock market so far today, courtesy the Italian Bourse, showing a further 4% or so fall: 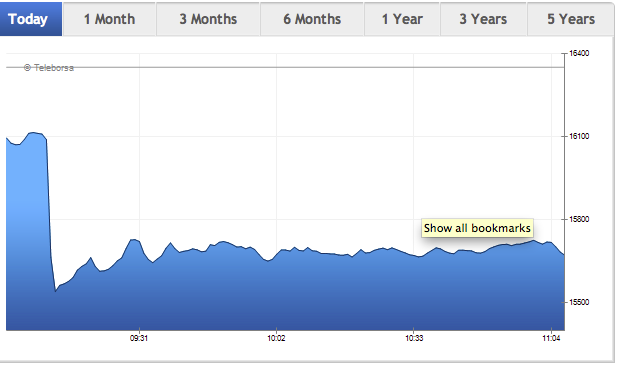