How historical figures would have looked today Telegraph

The boat that FLIES: Exhilarating images of the world’s fastest yacht racing at speeds to up to 60mph Daily Mail (Richard Smith)

When will the bank bubble burst? MacroBusiness

Budget Cuts Devastate Meals On Wheels: Enrollment Slashed, Services Cancelled ThinkProgress (Carol B). We told you the plan was to have old people die faster.

IRS to Spy on Our Shopping Records, Travel, Social Interactions, Health Records and Files from Other Government Investigators George Washington

Republican wants the Party of No also to be the Party of Know Nothing Daily Kos (Carol B). Generally, we bash the Dems more often because they are such annoying, transparently bad phonies when they are corrupt (pretty much all the time) but we don’t want Republicans to feel left out.

Loaded: how gun makers and the NRA capitalise on tragedy Guardian

Review of Keynesian Economics has made some articles available for free download, including one by Scott Fullweiler, An endogenous money perspective on the post-crisis monetary policy debate

Foreclosure Settlement Checks Significantly Smaller Than Regulators Forecasted: Homeowners Huffington Post (KL and Carol B). Folks, if you’ve been following this story, it’s been absolutely clear that payout matrix was a bad attempt at PR to make a random process look orderly. There was never enough money, not even close to it, in the settlement for everyone to get the money they deserved. So a an itty bitty number were arbitrarily chosen to get the full award in the big award amounts, and everyone else was slotted into categories to make the payout figure agreed to by each bank work.

Antidote du jour. Scott H took this picture in Mongüi Colombia. We hardly ever feature donkeys on the blog, so we’re making up for the lapse and giving a bit of travel scenery too. 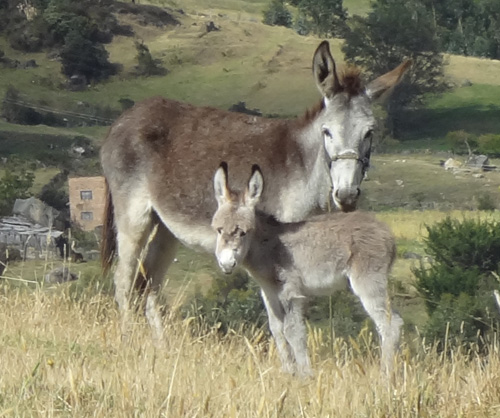