Econ4, a group of heterodox economists, has released a short video and a statement on the “new economy” which they define as more sustainable and equitable forms of organizing “productive” activity and the resources that support them.

While the discussion is helpful, I wish they had gotten more granular in describing specific examples of the sort of organizations they have in mind and how they operate. Mondragon is an obvious illustration, but some US case studies would be helpful. Can readers point to some here or in other countries? 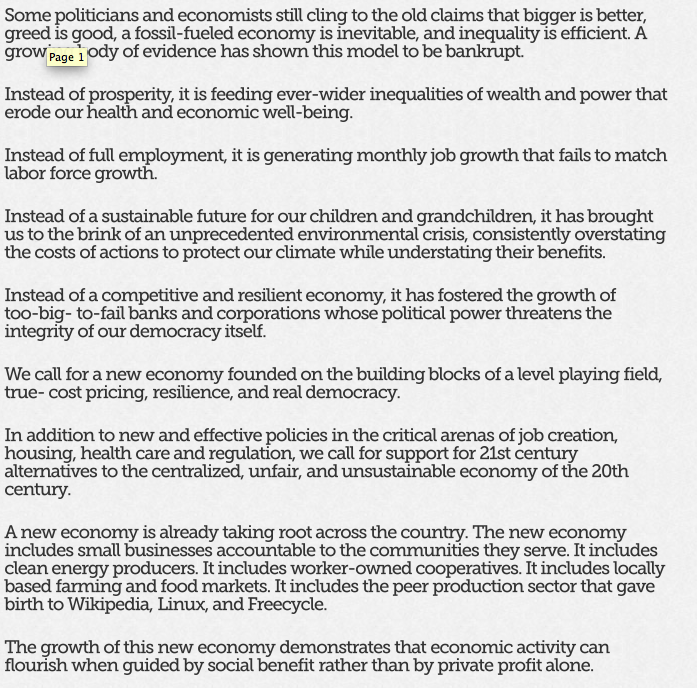