Forgive the shortage of original posts. I’m going all Consumerist on you. Not only did Verizon go down, but my backup PAYG WiFi service, Karma, has proven to be utterly useless. I can see 24 WiFi routers from my apt, but Karma makes the excuse my signal must be blocked. Please. It also does not work in any of the four airports I’ve been in either. So exactly what good is it? So do NOT buy Karma, it’s a gimmick.

But e-mail subscribes, do visit the site today, I’ll be launching a really important trade post as soon as I finish it, probably by 8 AM. I did Links first to make sure you got your daily Antidote.

Experts Reshape Treatment Guide For Cholesterol New York Times. The fixation on cholesterol is really troubling. In France, I’m told, doctors don’t worry about cholesterol at a total cholesterol level of 250 v. 200 here. And looking at heart attack risk in isolation may be misleading.

The Opportunity Cost of the Global Dragnet Marcy Wheeler

2008… Let me be clear: I will not do either. Candidate Obama Angry Bear. Guess the topic of this Obama lie.

UPDATE: Mob of Armed Gun Advocates Issues “Challenge” To Moms, If They Can Handle It Daily Kos (furzy mouse)

Goldman’s Blankfein says he regrets troublesome pre-crisis trades Reuters. Another variant of the non-apology apology. The use of “troublesome” is a tell, in that they caused Goldman trouble. “Troubling” would instead suggest he was bothered when he came to know about them.

There is no “market solution” for ethics Cathy O’Neil

Occupy Wall Street activists buy $15m of Americans’ personal debt Guardian. I’m glad to see that they made their disclosure in November as they had promised, since they’d missed past self-imposed deadlines. However, looking at their website, I’m still puzzled by some things. They’ve raised over $620,000 and have a reserve fund of $60,000, so $160,000 of that has yet to be spent. Their last debt buy was in May. So it looks like they were very industrious in the first six months (their big fundraiser was November last year) and appear to have done little since then. That also makes their prickly response to our inquiries in September seem even more peculiar. And it does not appear that the reason for the delay for at least disclosing their debt buys (which didn’t require them completing their financials) was what I’d suspected, that they were looking to have a media splash in connection with another November fundraiser. In fact, if you look at the bottom of their site (in the Join in the Jubilee section, on the right, under the Donate to the Rolling Jubilee) they say they will stop taking donations as of December 31. That means they will presumably spend the $220,000 plus whatever else comes in due to their media coverage and wind up. I have other items I wonder about, but given that they are now changing targets to student debt, it all seems moot.

Andrew Huszar: Confessions of a Quantitative Easer Wall Street Journal. This is significant, if simultaneously frustrating. The idea the people within the Fed really had deluded themselves to think QE would help the real economy beggars belief. This was about rescuing the banks and the impact on the economy was an afterthought, although the folks within the Fed may have started believing their own PR that this would be a twofer.

HOW TO BE A TENURED ALLY Academe

7 Things No One Tells You About Being Homeless Cracked 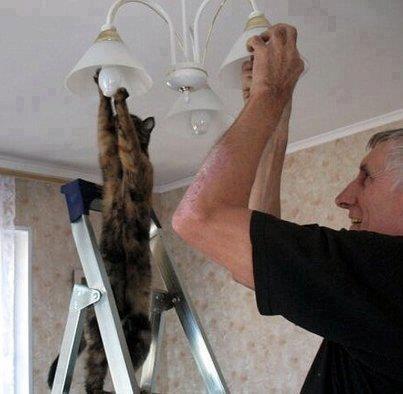