It is truly ironic to see Lawrence Summers and Paul Krugman promote sustaining asset price inflation as the only viable option left to get away from secular stagnation. The curiosity is that Krugman does this invoking Keynes, while Summers has been co-responsible for engineering one of the greatest bubbles of all times, which ended in the Great Crisis. But let me leave aside this issue and the not so unimportant practical issue of how central banks and treasuries manage sustained asset price bubbles and instead turn to consider the logic of their argumentation.

Mario Seccareccia’s note last week did a great job of showing how the Summers/Krugman “liquidity trap” argument is just the old Wicksellian loanable funds market, which has acquired something like the status of a folk theorem in economics. “Within this neoclassical theoretical box”, the note states, “there is only one solution to move the economy out of secular stagnation. One must boost the Wicksellian “natural rate” by strengthening expectations of return.” This could be done, as the note argues and following Wicksellian logic, by a policy of negative real interest rates (amounting to a fiscal subsidy on borrowing) which might do the job of triggering an asset bubble.

What the note does not state so clearly, however, is that Wicksell assumed that the loanable funds market operates in a situation of full employment, i.e. income would be at the full employment level. The (natural) interest rate would then balance savings supply and investment demand, only affecting the composition (but not the level) of full-employment income. Keynes argued, of course, that it was possible for investment and saving to be equal at any level of income, which implies that the equilibrium rate of interest might be consistent with any amount of unemployment. Applying Wicksell’s loanable funds model in a blatantly non-full employment context, as Krugman and Summers are doing, is – therefore – a red herring, distracting attention from the real issue, which is: unemployment due to lack of demand.

Secondly, however perverse a monetary policy of negative real interest rates may be, I do think it is unlikely to have much of an impact in the current balance-sheet recession. The heavily-indebted private sector (mainly households) will take the credit (plus subsidy) to pay down its debts – yes, perhaps part of it will spill-over in higher asset prices (somewhere), but most will be used to reduce the debt overhang, without much impact on the real economy. 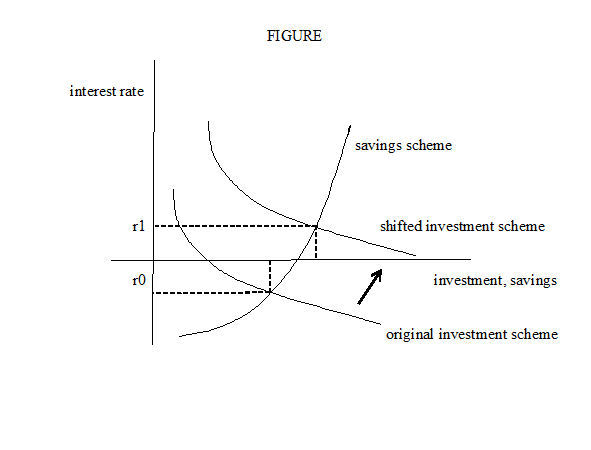 What I am arguing, therefore, is that Summers ignores the potential role which “expansionary Keynesian fiscal policy of massive public investment” might play in his own hybrid model, while Krugman’s enthusiasm for quantitative easing is really quite inconsistent with his often stated support (since the start of the crisis) for greater deficit spending. Their current silence on the recovery-role to be performed by public investment helps make the public believe that “asset price inflation” is the only way open to avoid a secular stagnation. Whatever they think privately, it all adds up to a public case for the idea that the only route to recovery goes through Wall Street itself.