Downworthy: A browser plugin to turn hyperbolic viral headlines into what they really mean

ROBERT SHILLER: Bitcoin Is An Amazing Example Of A Bubble Business Insider. Shiller is seldom this definite.

Japan calls off all tours to Thailand ThaiVisa

The Re-Judaizing of Israel Counterpunch (Carol B)

All Of The Turmoil In Global Markets Right Now Is Just One Gigantic Hedge Fund Short Squeeze (SPX, SPY, DIA, DJI, QQQ, TLT) Business Insider. Haha, all these hedgies only know other hedgies (or their rich clients) and therefore they really thought the economy was doing SOOO much better!

Americans Think Their Own Member of Congress Should Lose Jon Walker, Firedoglake

U.S. Stocks Fall; DJIA Suffers Biggest Weekly Drop Since Sept. 2011 Wall Street Journal. You have to love the happy talk. For instance: “Traders said that despite the scope of the declines, fund managers weren’t overly urgent in their selling….Buyers, meanwhile, pulled to the sidelines, content to wait before putting money to work.”

The Keeping-Up-With-the-Joneses Myth Atlantic (Carol B)

A Lawyer and Partner, and Also Bankrupt…for reasons that have nothing to do with being a non-equity partner… Adam Levitin, Credit Slips. Levitin shreds the lead article in the New York Times business section by James Stewart.

Are adjunct professors the fast-food workers of the academic world? Guardian

AIG’s Name Is So Strong, One Can Hardly Remember The Time It Had To Borrow $182 Billion Just To Stay In Business: Chairman Dealbreaker

Everyone knows who Koko the gorilla that speaks sign language is. For her birthday one year, she signed to her teacher that she wanted a kitten. Koko’s teacher wasn’t surprised, as Koko’s two favorite books were about cats. They adopted one from an abandoned litter and Koko showed it tender care and gentleness. 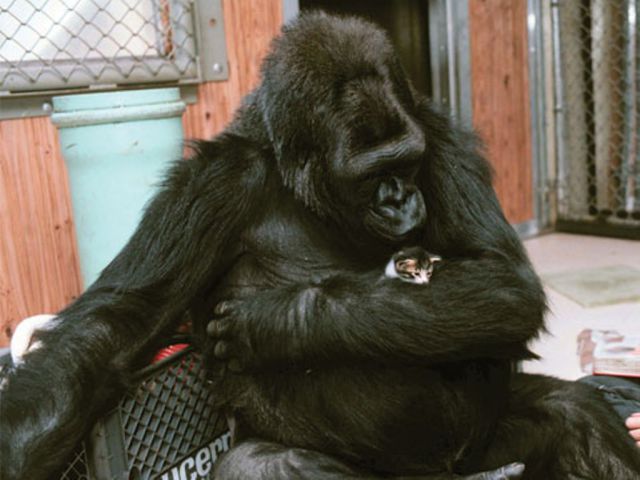