APOD: 2014 January 27 – From the Northern to the Southern Cross NASA

Kazakh mathematician may have solved $1 million puzzle New Scientist. Richard Smith: “http://t.co/CFa7ZAfh1U For anyone who can read mathematics in Russian (and it turns out, most of the world mathematical community outside Russia can’t do that, so checking this proof may take a while).”

California legalized selling home-made food and created over 1,200 local businesses Forbes (furzy mouse). I think I’d be a bit happier if they had parsed the types of food that could be prepared at home. Bread and baked goods have to be cooked, so sanitation/safety issues are low, while other types of food could pose a problem. For instance, improper canning can produce botulism.

We Are Giving Ourselves Cancer New York Times

The rise and fall of Bitcoin mining DailyDot

The Chinese Shadow Banking System Just Dodged A Bullet Business Insider. Not sure I agree. A lot of people argued it would be better to let Credit Equals Gold No. 1 fail (and it was NOT a WMP but a trust, which is a different structure) to cool off the market. Underlying article: Shadow banking: China’s wobbly house of cards Fortune

Stocks On Speed: Margin Debt Spikes, So Does Risk Of Crash Wolf Richter

Appeal over ‘soft’ ruling Business Daily, New Zealand. The reference to “international bloggers” is to NC’s Richard Smith! He notes: “The NZ ministry is appealing against a sentence that it thinks is too soft on a nasty conman.”

No deal behind Thailand’s polls Asia Times. Lambert: “From the Department of Now It All Makes Sense. This makes the role of the “people’s council” quite clear: Asset distribution.”

What would Birgitte do? Socialists quit Denmark coalition over energy deal Guardian

U.S. accuses Syria of not complying with chemical weapons agreement McClatchy. We predicted this would happen irrespective of whether Syria was substantially in compliance or not. Recall also the deadlines were recognized by the cognoscenti to be unattainable.

If Hillary Doesn’t Back Obama on Iran Washington Spectator

Does the Debt Ceiling Have to Be Raised? Corrente

Lawsuit: KBR transported soldiers’ ice in unsanitized morgue trailers Military Times(1 SK). Wow, Alan Grayson was pursuing this years ago, when he was suing contractors for violations, prior to his incarnation as a Congressman. As Vanity Fair reported, the government, contrary to prior practice, wasn’t taking up the cases. So they file this NOW?

A defamation lawsuit may kill National Review Salon (Chuck L). Haha, couldn’t happen to a nicer bunch. But some rich right-winger might use legal woes as a way to buy it for the right price (which would be just agreeing to fund the operation; often money-losing rags extract a premium well above their negative enterprise value for the vanity/brand name).

US seeks $2.1bn from BofA over mortgage fraud Financial Times

A visit to Fair Foods in winter Cathy O’Neil 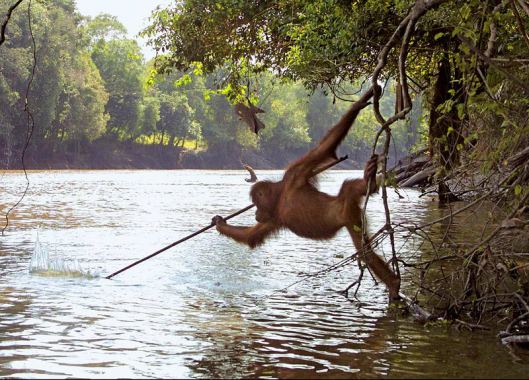