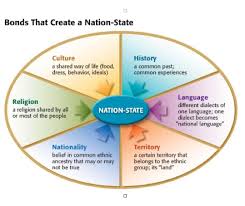 European elections are in the process of delivering huge swings extremes of the Left and Right extreme. From the Financial Times:

France’s nationalist extreme right turned European politics upside down on Sunday, trouncing the governing Socialists and the mainstream conservatives in the European parliamentary elections which across the continent returned an unprecedented number of MEPs hostile to, or sceptical about, the European Union in a huge vote of no confidence in Europe‘s political elite.

According to exit polls, the Front National of Marine Le Pen came first in France with more than 25% of the vote. The nationalist anti-immigrant Danish People’s party won by a similar margin in Denmark. In Austria, the far right Freedom Party took one fifth of the vote, according to projections, while on the hard left, Alexis Tsipras led Greece‘s Syriza movement to a watershed victory over the country’s two governing and traditional ruling parties, New Democracy conservatives and the Pasok social democrats.

…In Britain, the Nigel Farage-led insurrection against Westminster was also tipped to unsettle the polticial mainstream by coming first or second in the election. The Tories, the biggest UK caucus in the parliament for 20 years, faced the prospect of being pushed into third place.

In Germany, the most powerful EU state, Chancellor Angela Merkel’s Christian Democrats scored an expected easy victory, but Germany also returned its first eurosceptics in the form of the Alternative for Germany as well as its first neo-Nazi MEP from the Hitler apologists of the National Democratic Party of Germany, according to German TV projections.

These results are enough to complicate but not derail the European project, for now. There are two ways to look at this. The first is expressed by Gideon Rachman at the FT:

The protest vote is not nearly big enough to be labelled a comprehensive rejection of the EU, its political values and its economic crisis management over the five years since the last European elections. Eurosceptics, broadly defined, are projected to win about 130 of the EU legislature’s 751 seats. Given that the EU has just gone through the biggest financial shock and recession of its 56-year history, the damage could have been greater.

…The triumph of Marine Le Pen and her FN spreads more poison into French politics than at any time since the 1954-62 Algerian war of independence. It makes even more arduous the task of Mr Hollande and Manuel Valls, his new prime minister, in executing the modernising economic reforms on which a healthy Franco-German partnership at the helm of the EU depends.

The UK Independence party’s success will pile pressure on David Cameron, the British premier, and his Conservative party to harden its stance even more on EU issues.

Although there’s not enough in the European shift to derail Brussels, there is more than enough in the domestic political implications for pro-European leaders to weaken their commitment.

The second interpretation is less sanguine. If there is one lesson from pre-war Germany that is worth bearing in mind it is that obstructionist politics is a long term winning strategy for power.

Now that anti-European political parties have a substantial Trojan horse within Brussels, they will likely set to work undermining its efficacy on every front. That, in turn, will win them more seats over time at home and within Brussels as their skepticism delivers a self-fulfilling failure for the EU.