A Magnificent Orangutan Experienced the Best and Worst of Zoos Slate

Marijuana May Heal Health Problems That Come With Old Age: How Can People Living in Senior Homes Get It? San Diego Free Press

UMaine student who slept in car to save money will graduate same weekend as mother, sister Bangor Daily News. Slept in car. Over the Maine winter. For four years.

‘It was the point where the eurozone could have exploded’  FT. Part I of “How the Euro was saved.” There seems to be a boomlet in pre-election FIRE sector crash retrospectives.

Hedge fund titans are testing the quality of US democracy Edward Luce, FT

‘We Kill People Based on Metadata’ NYRB

Retail Spy Services for Business Relationships Another Word for It. The technology was presaged by Neal Stephenson’s Snow Crash (just Google “Y.T.’s mom pulls up the new memo”), although given Stephenson’s libertarian focus, the State deploys it, not corporate HR types.

The CIA’s Bro Culture Is Doing Yemen No Favors Vice. This article shows the strengths and limits of Vice. We’ve got hip (“bros”), sharp contextualization on gendered markers:

During my time covering Yemen’s 2011 youth [Vice demographic] uprising against former president Ali Abdullah Saleh, it was more difficult to identify quality qat than to finger American spooks. Their out-of-uniform uniform, ubiquitous and often including 5-11 cargo pants, a pair of Oakley sunglasses and full beards, functioned as a caricature that could be plucked right out of the latest installment of the Call of Duty franchise.

The cavalier bravado of the IC’s bro culture in Yemen crops up regularly amidst the daily lives of the individuals that live there … A more robust counter-terrorism policy in Yemen would include more direct assistance to Yemen military on the ground, engaging AQAP militants face-to-face. …. Dollar for dollar, spotting Yemeni soldiers a few bucks to get their APC gas tanks filled up is a lot more effective than paying the salary of spooks that appear to be more concerned with looking like bad asses than keeping a low profile. … If the super spies are going to emulate a video game, perhaps they should look towards Metal Gear Solid instead of Call of Duty.

So, after the street reporting, the writer (note the Beltway tell, “robust”) shifts gears, or not, into the policy recommendation that we Americans run our empire more like those clever Brits did, back when they had one: With native troops and compradors. Alrighty then. Anybody who wants non-trivial change yet views political economy primarily through a generational lens should include material like this in their account.

Has Blackwater been deployed to Ukraine? Notorious U.S. mercenaries ‘seen on the streets of flashpoint city’ as Russia claims 300 hired guns have arrived in country Daily Mail. Donetsk, don’t tell.

Ukraine: Another German “Leak” Against U.S. Policy Moon of Alabama

Is This the ‘Gujarat Model’ India Needs? The Diplomat

Masala Dosa to Die For Times

The Atlas of Economic Complexity Center for International Development, Harvard

The Toxic Brew in Our Yards Times. The author confuses “yard” with “lawn.”

How your ancestors’ farms shaped your thinking New Scientist. I’ve seen the same argument from the odious Malcolm Gladwell, so readers may wish to critique the study. 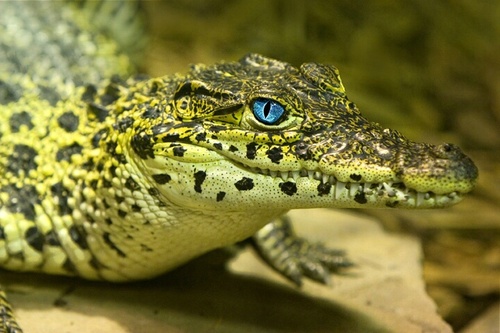 By reader request, bonus alligators! Is that you, Tim? [waves]