“Extroverts Could Cause Problems on a Mission to Mars” Lambert

A game of mega-city states Izabella Kaminska, FT Alphaville. A proposal for how to deal with the London housing bubble.

Can Argentina Not Pay Yet Not Default? Perhaps. And Maybe There’s Still a Route to NY State Court… Adam Levitin, Credit Slips

House Panel Is Subpoenaed as Trading Probe Heats Up Wall Street Journal. From comments: “Bharara reminds me of the cop who gives a ticket to an illegally parked car and ignores the dead body lying across the front seat.”

The Fed of magical thinking: why is Janet Yellen ignoring the rest of us? Guardian

A Blind Spot Full of Billionaires Taki’s Magazine. On Piketty. Natalie recommended this despite “prejudice against author”.

This has happened to my local office in Montgomery County, a short walk from a regional rail station. We are now told to go to an Office in the city. Needless to say, the elderly of the inner suburbs do not want to go to dangerous neighborhood, with little street parking. Social Security, like the Post Office and other government services is being made to provide the poorest possible service by design. Not only are offices being shut, but staff is being cut, hours reduced etc etc. Everything possible to provide the worst possible experience furthering the perspective of government’s inability to do anything at all without a long inconvenient wait.

Our daughter likes NC, in particular the antidote (of course). She got a cat a year ago, Icetea, although the cat seems to think that we belong to him. On the attached photo Icetea is posing (asleep) in what we call the gigolo position, something that he does a lot.

What is the procedure to qualify for the honor to be NC centerfold? 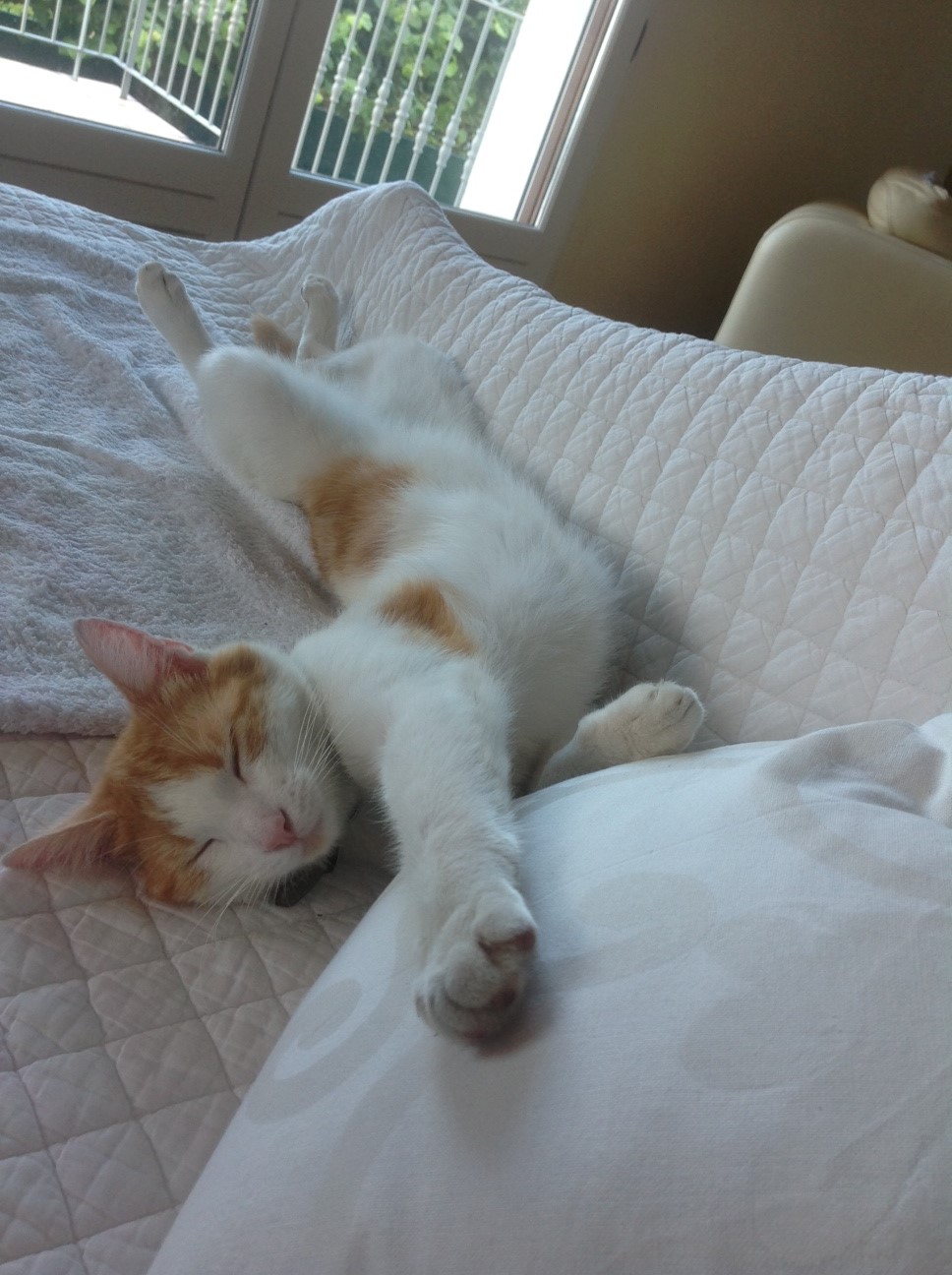