This amazing rainbow insect is actually a wasp Gizmodo. An anti-antidote, from Lambert for a change.

Research supports the notion of the ‘hot hand’; baseball players always believed in it Washington Post

Why the modern bathroom is a wasteful, unhealthy design Guardian

Why the Myers-Briggs test is totally meaningless Vox

Who Are The World’s Richest Oil Barons? OilPrice

Microsoft To Cut Workforce By 18,000 This Year, ‘Moving Now’ To Cut First 13,000 Tech Crunch. Cuts falling heavily on Nokia staff, which is producing ire in Finland

Thailand’s Crisis and the 1932 Revolution Diplomat

How the West Chose War in Gaza New York Times

Everyone In Middle East Given Own Country In 317,000,000-State Solution Onion

Israel: In 1967 Blockades Were Acts of War, in 2014 They’re Totally Awesome Jon Schwartz

The Risk of Tougher Sanctions on Russia Real Clear Politics

Kiev deployed powerful anti-air systems to E. Ukraine ahead of the Malaysian plane crash — RT. Lambert: The Russian side of “he said/she said.”

A List of People Who Supported the War in Iraq Rogue Nation. A cheat sheet for discourse on Gaza, Ukraine, and of course Iraq (for the record, Stoller recanted)

If Iraq Were in Central America David Swanson, Firedoglake

Peeling the onion: Almost everyone involved in developing Tor was (or is) funded by the US government Yasha Levine, Pando (bob)

Another Right To Be Forgotten Request Backfires Completely TechDirt

The deep state: data surveillance is about power, not safety New Statesman

The gas company that says it can take your backyard Aljazeera

Fed kicks off global dollar squeeze as Janet Yellen turns hawkish Ambrose Evans-Pritchard, Telegraph. Important. And we warned readers in our Yellen post that she was the most hawkish member of the Administration in the 1990s, and was more of a monetarist than she pretended to be in her New Yorker interview (notice her fixation on NAIRU).

Senator Warren Lets Yellen Know She’s Had It With the Fed’s Charade About Too Big to Fail Pam Martens (Chuck L). Be sure to read the part about Stanley Fischer.

Young adults drive record U.S. trend of multi-generational homes Reuters. EM: “I’m sure the spinmeisters at the NAR will manage to cast this as ‘bullish for housing’.”

Real inequality: why things are better than they seem and will almost surely get worse PBS. A reader critical thinking exercise! A starter issue: notice the focus on costs and not on greater work force instability and the rise of part-time jobs?

Billionaire’s bid to block beach goes to judge Associated Press. In Australia, there is no such thing as private beaches.

On days like this, it is not the meltdown on Wall St or some other critical financial exchange that stops the world. It is that very old power of the warrior society within society that stops the world in its tracks and demands attention. The Stratfor piece is remarkable in its lack of speculation, lack of a rush to judgement, and a revealing pause to empathize with those people in other parts of the world who now know what it is like when violence, military violence of the most devastating order reaches out grabs and you by the throat. And even if you survive, you never forget the choking sense of death, your death, can happen on any ordinary day. And on a scale that includes your family, your community and your whole country. And we have witnessed such a day where the military power of nations is unleashed on civil society, for whatever reason, in several places, in escalating scope. 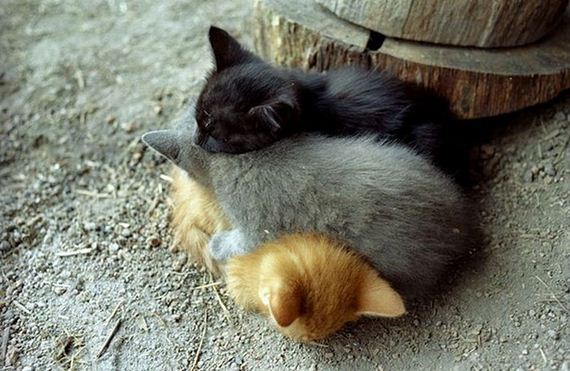 And a bonus video of a very cute platypus (Lance N):