Swell and sea in the emerging Arctic Ocean Geophysical Research Letters. You swirl your drink if you want to melt the ice….

The Original Geo-Engineers: How Beavers Can Help Save the Humans Common Dreams

BofA ordered to pay $1.3bn in ‘Hustle’ case FT. Rakoff: “Brazen fraud.” “[O]ther, higher-level individuals arguably participated in the fraud but were, for whatever reason, not charged by the government.” Fine, but where is Judge Sirica when we need him?

Mtg purchase apps, Case Shiller The Center of the Universe

Anti-Surveillance Camouflage for Your Face The Atlantic

The Charter School Profiteers Jacobin. Charters = Corruption. And that’s not a bug. It’s a feature.

Obamacare Web Cost Approaches $1 Billion as Fixes Needed Bloomberg. “[P]arts of it still don’t work… including features intended to allow health insurers to easily exchange financial information with the government.” Sounds like the 834s are still broken. Beyond belief.

Probe exposes flaws behind HealthCare.gov rollout Politico. Tech-savvy Obama administration can’t build a website for its signature domestic initiative, given almost four years to do it and $840 million. And they were at best ignorant and at worst serial liars on how well the project was going, too, which in either case shows complete managerial collapse.

Obama to Republicans: ‘Stop just hatin’ all the time’ Reuters

The Logic of Israeli Violence Jacobin

Israel’s moral defeat will haunt us for years Haaretz

What happens to Hamas-Fatah reconciliation after Gaza conflict? McClatchy

More senators push for military aid to Ukraine, say sanctions aren’t making Russia back down AP. What could go wrong?

The Media Ignores the CIA in Ukraine Counterpunch

The New Thailand-Myanmar Axis The Diplomat

Wife Beating Gets a Standing Ovation in Baltimore Bloomberg. Is the NFL “too big to fail”? If the wife-beating doesn’t do it, maybe the brain damage will.

Why Does Google Employ a Pro-Slavery Lunatic? Valleywag. And heck. What techie doesn’t love Easter eggs?

Rick Perlstein: “Ronald Reagan absolved America almost in a priestly role not to have to contend with sin. The consequences are all around us today” Salon. Must read interview with David Dayen. 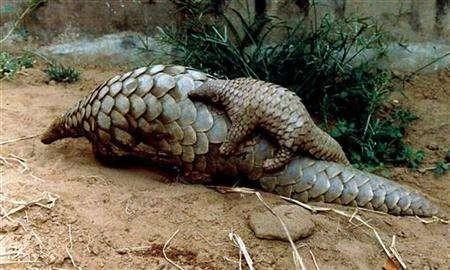 Bonus antidote: A cat in a shark suit rides a robot vacuum round the kitchen.