The Curse of Smart People apenwarr

What you need to know about DARPA, the Pentagon’s mad science division engadget

Ohio man raises thousands of dollars in crowdfunding for potato salad Globe and Mail. EM: “To be fair, the business proposition here is significantly clearer than ‘A company for carrying on an undertaking of great advantage, but nobody to know what it is.'”

Security Theater for Fun and Profit

I was a TSA agent, and the new airport cellphone rules wouldn’t stop an iBomb Guardian

Exclusive: CIA had role in Germany spy affair Reuters. EM: “‘The relationship that the United States has with Germany is incredibly important’ — The ‘earnest WH spokesman’ forgot to add ‘which is why we treat them like lapdogs, and expect them to behave as such.'”

Washington’s Arrogance Will Destroy Its Empire Paul Craig Roberts. A bit screechy, but NC readers can presumably tune that out.

Mitt Romney will run for the White House in 2016 and will WIN, claims Utah congressman as former presidential hopeful enjoys a resurgence of support Daily Mail (Lee)

Pretend Manufacturing In The Tax System Forbes. Worse than the headline leads you to believe.

Bankers warn over US business loans rise Financial Times. Quelle surprise, they are all for speculation of sorts.

‘Trust me, I am a financial adviser’ is not good enough John Kay, Financial Times (David L)

Big Press on Bank of America Treatment of Whistleblower Michael Winston — But, You’ll Have to Read German! Huffington Post

Antidote du jour (Moon of Alabama, the same squirrel paid longer visit when the MoA site was up). 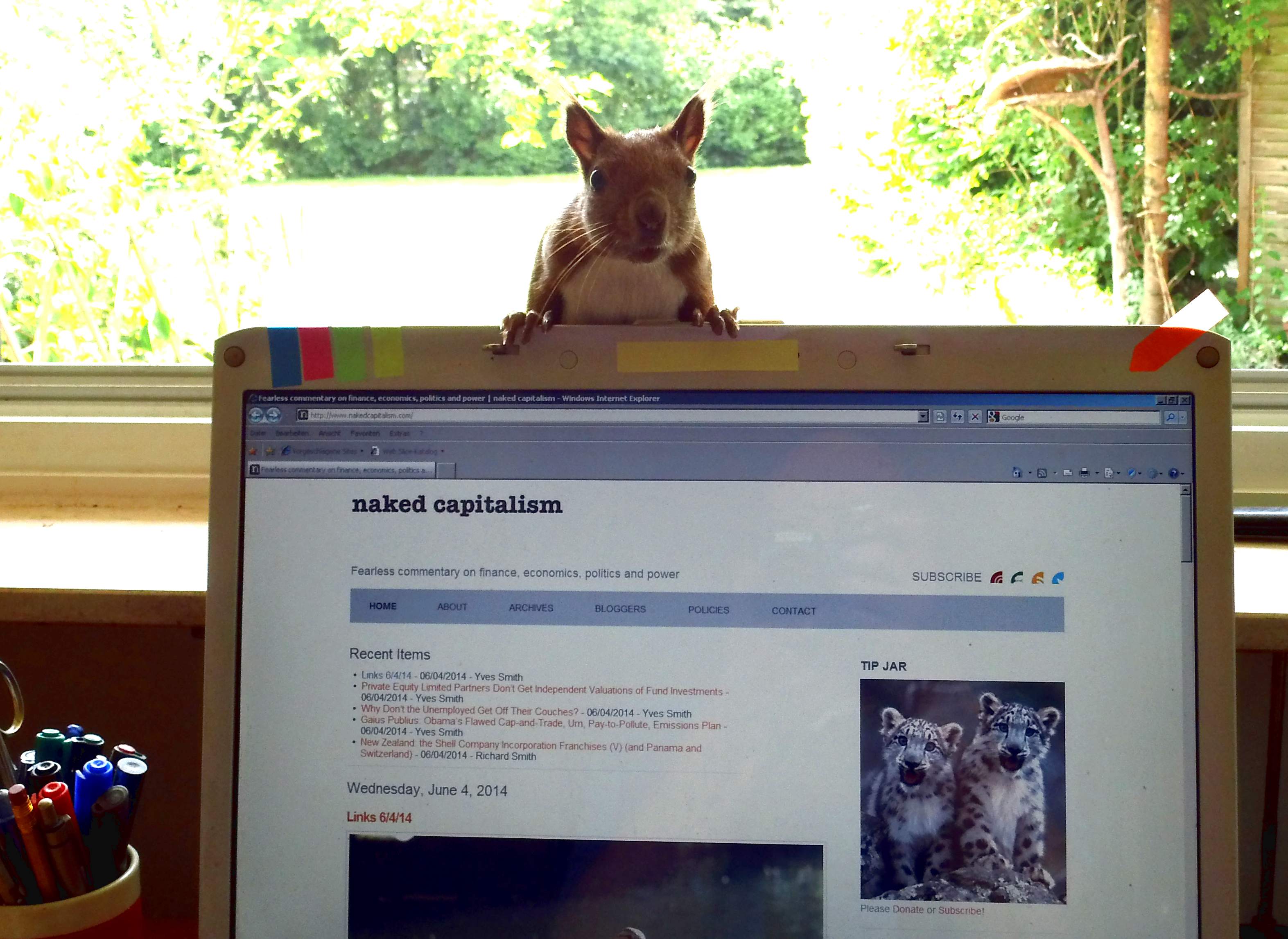