If you had any doubt the US economy had been rearchitected to favor the haves versus the have-lesses, this chart by Pavlina Tcherneva should settle it. Justin Wolfers, hardly a raging liberal, just tweeted: 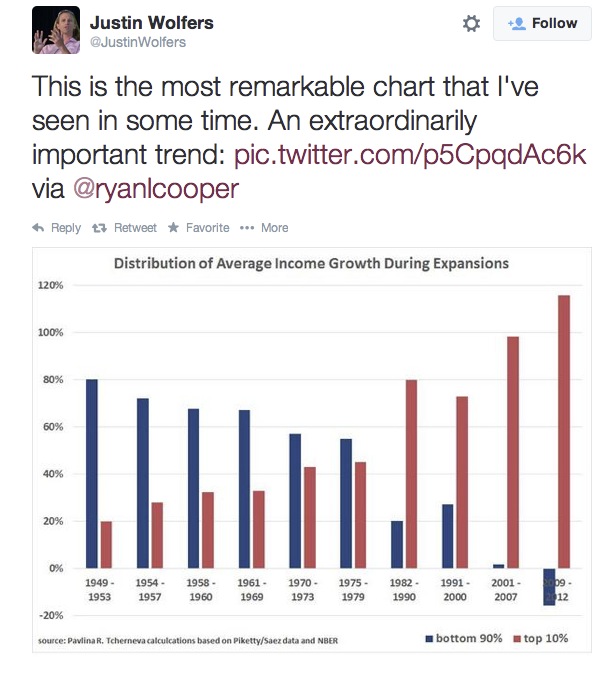 While the overall trend is dramatic enough, you can also see two major shifts: the big change with the Reagan era, with its higher-income and capital-favoring tax cuts, of the top 10% suddenly reaping vastly disproportionate gains relative to the rest of the distribution.

The Bush Administration, with even more changed in taxes that shifted income to the rich, is another big ratchet. But arguably the most dramatic change is under the Obama Adminstration, where the top echelon’s gains came in part at the expense of everyone else.

Matt Stoller was early to notice this change. As he wrote in 2012:

A better puzzle to wrestle with is why President Obama is able to continue to speak as if his administration has not presided over a significant expansion of income redistribution upward.  The data on inequality shows that his policies are not incrementally better than those of his predecessor, or that we’re making progress too slowly, as liberal Democrats like to argue.  It doesn’t even show that the outcome is the same as Bush’s.  No, look at this table, from Emmanuel Saez (h/t Ian Welsh).  Check out those two red circles I added. 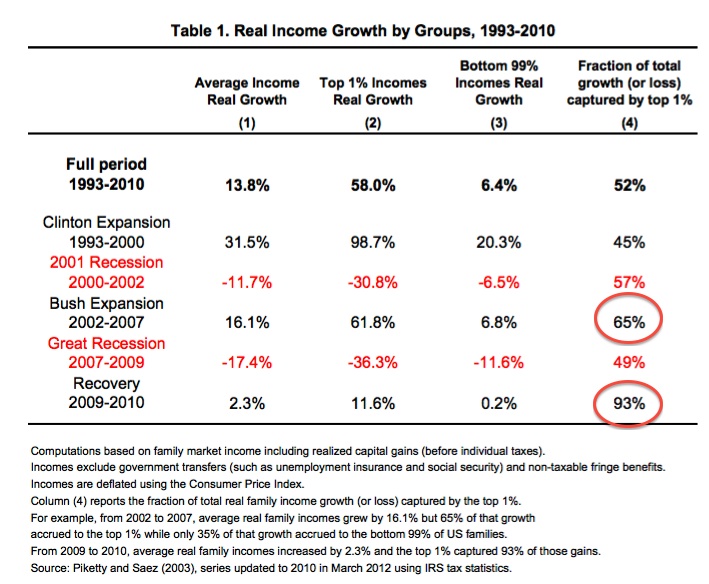 A bit hat tip to Pavlina, who has put this data together in a simple but powerful way that makes it hard to ignore how the rich really have gotten richer. And before you argue that this is the result of a technology (as opposed to rentier) driven transformation, please read the post yesterday, Is Rising Inequality Inevitable? Its conclusion: “Rising inequality is therefore not inevitable — it is a political choice.”