Yves here. This post presents some of the CIA’s less-than-proud moments, curiously omitted in a recently-published history of the CIA’s meddling in the Middle East, juxtaposed with some of its more recent miscues.

“The genius of you Americans is that you never made clear-cut stupid moves, only complicated stupid moves.” That was Gamal Abdel Nasser addressing a CIA man he knew well, who’d been involved in a series of plots to assassinate Nasser, all hapless.

The year was 1957; that’s 57 years ago. If Nasser lived long enough to come across the Clinton family, President Barack Obama, Vice President Joe Biden, Secretary of State John Kerry, and Assistant Secretary of State Victoria Nuland, Nasser was smart enough to have modified his observation to acknowledge that the genius of Americans is that they make clear-cut stupid moves, too.

In a recently published academic historian’s account of the Central Intelligence Agency’s (CIA) failures in the Middle East (up to the year 1958), much is made of the following causes on the US side – sexual appetite, greed for money, personal vanity, adventurism, anti-semitism, anti-communism, naivety, bad luck. 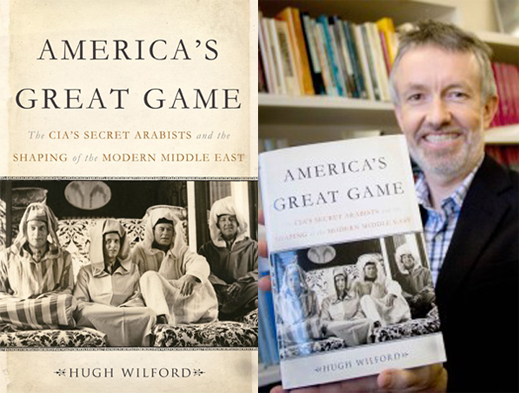 Naivety is also the viewpoint and limitation of the historian, Hugh Wilford, a professor at a university in southern California. How else to account for the lack of evidence he thought to collect from the obvious sources – from the Arabs who were the targets of the CIA’s plots; and from the Big Power adversaries the US plotters thought they were rivalling – the Germans, French, British, Soviets, Russians.

The Russophobia gives itself away from the start – the “hatred of communism” reported from the US agents themselves; and from Wilford’s account of the only Soviet agent to make a direct appearance in the story, who was “a sensitive man underneath his pallid exterior”. Thus were spy covers blown by white skins in Baghdad during summer time. Had Wilford cross-checked the accessible Moscow archives for that year, 1945, he might have learned what Archibald Roosevelt, Wilford’s hero, had given away beneath his suntanned exterior. 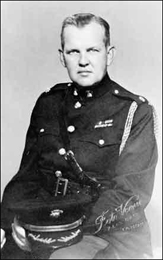 Had Wilford looked at the German, French and Moroccan sources, he wouldn’t have missed what an undisciplined, sex-crazed fool William Eddy was. This lame-legged ex-Marine is reported by Wilford to have been one of the first and greatest of US agents in the Middle East – “impressive”, “triumphant”, and “with his Presbyterian missionary conscience [he] did not share relish for dirty tricks”. According to German reports to Berlin, Eddy blew his cover by handing out $65,000 in cash in the first eight weeks after arriving in Tangier. That is the equivalent of $894,000 today.

Missing too from Wilford’s history is what Eddy did with his second good leg in the afternoons with a Moroccan cleaning lady. After their idylls, she used to take the contents of Eddy’s waste-paper basket to the German consulate, which had already broken the code in which he was cabling his finished drafts to Washington. According to a German intelligence assessment of Eddy, preceding Operation Torch, the first US military intervention in the Arab world: “we can only congratulate ourselves on the selection of this group of enemy agents who will give us no trouble. In view of the fact that they are totally lacking in method, organization, and discipline, the danger presented by their arrival in North Africa may be considered as nil.”

Because this CIA history of Arab (and Iranian) operations is told without the recollection or record of a single local, Wilford has missed an even more famous piece of advice than Nasser’s. This came from Nuri al-Said, the prime minister of Iraq. Wilford tags him an old and good friend of Roosevelt’s, Eddy’s, and their successors in the CIA’s Baghdad station. “You can always rent an Arab,” Nuri Pasha said (in Arabic), “but you can’t buy him.” On July 14, 1958, Said was toppled by an Iraqi army brigade, and his corpse dragged naked through the streets. Several Americans were also murdered that day.

Had Wilford studied the papers of General Erwin Rommel, Admiral Kurt Assmann, and their staff officers from the first half of 1941, he might have understood how the Soviets then, and Russians today, view the strategy of attacking the Kremlin from the south, starting in Syria, proceeding into Iraq, then Iran, Azerbaijan and the Russian Caucasus. These German operations memoranda were all ignored by Adolph Hitler, whose anti-semitism was comprehensive, including Arabs no less than Jews. The outcome of Hitler’s subsequent decision to attack Russia from the west through Poland and Ukraine is well-known.

To understand how Russians interpret their own war history, and thus of American plots to change it, the one certain guide Wilford’s history offers is its conclusion – all US putsches and military plots fail, usually at great expense in US dollars, and in cost of local lives. But since Wilford’s book appeared for sale, the CIA itself has drafted a history of its own, which is more comprehensive, geographically speaking. The conclusion remains the same. A partially leaked version appeared in the New York Times on October 14.

“The continuing C.I.A. effort to train Syrian rebels,” the leak reports, “is just the latest example of an American president becoming enticed by the prospect of using the spy agency to covertly arm and train rebel groups. An internal C.I.A. study has found that it rarely works. The still-classified review, one of several C.I.A. studies commissioned in 2012 and 2013 in the midst of the Obama administration’s protracted debate about whether to wade into the Syrian civil war, concluded that many past attempts by the agency to arm foreign forces covertly had a minimal impact on the long-term outcome of a conflict. They were even less effective, the report found, when the militias fought without any direct American support on the ground.”

“The findings of the study, described in recent weeks by current and former American government officials, were presented in the White House Situation Room and led to deep skepticism among some senior Obama administration officials about the wisdom of arming and training members of a fractured Syrian opposition.”

The timing and wording of this CIA leak comprise a warning — an emphatic “We-told-you-so” from the CIA to other US Government officials. Who they are the CIA doesn’t exactly say. Except that President Obama is off the hook, cited as having considered the CIA history this way: “Very early in this process, I [Obama] actually asked the C.I.A. to analyze examples of America financing and supplying arms to an insurgency in a country that actually worked out well. And they couldn’t come up with much.”

The apparent target of the CIA leak, however, appears to be Hillary Clinton and her staff at the State Department. But nothing in the leaked materials refers to the State Department operations in Ukraine or Russia. The putsch that took place in Kiev on February 21, 2014, is too recent to have been covered by the new CIA history. There are clues that these too are Mrs Clinton’s doing, along with a group of her associates including Victoria Nuland (Nudelman); Jen Psaki, White House and State Department spokesman; Christine Fox, Deputy Secretary of Defense; Melanne Verveer, advisor to Hillary Clinton on Ukraine; Susan Rice, National Security Advisor; Sarah Mendelson, Deputy Assistant Administrator of US Agency for International Development for Democracy; and Gayle Smith, senior director, National Security Council.

It has generally been assumed in Washington, and no less in Moscow, that CIA Director John Brennan was one of the proponents of the Kiev putsch and the subsequent war against Russia. However, one clue that the CIA opposes the Clinton politburo has come from Senator Dianne Feinstein. Speaking as chairman of the Senate Intelligence Committee – and notwithstanding the conflicts she and her staff have had with Brennan – Feinstein has declared that escalating the Ukraine conflict into a war for regime change in Russia is going to fail.

“I think there ought to be direct discussions with Vladimir Putin. I think he is the singular figure in Russia. The Crimea is gone. I think there ought to be steps taken to send people, to talk with him, to have our Secretary of State talk with him personally. I think this is deeply personal with him. I really do. And he’s enjoying intensely high favourability in his country. People say, ‘Well, just wait till the sanctions bite and the economy slips.’ I don’t think so. I think if Russians follow him, and up to date, they are following him, the Russians are very brave and very long-suffering. And they will tough out any economic difficulty.”

From the CIA history books it’s easier to gather the evidence for Feinstein’s assessment than the evidence persuading the Clinton politburo that theirs will be the only putsch in US intelligence history, and the only invasion of Russia from the west, to succeed. Money can’t explain it, though the Clinton family has been on the take from Kiev for at least $13 million. The Biden family is also on the take; that’s operation code-named Burisma.

Sex wasn’t exactly what Nuland had in mind when she used the F-word on the telephone with US Ambassador in Kiev, Geoffrey Pyatt. She meant to say she knows warfighting against Russia better than the Germans.