This is Naked Capitalism fundraising week. 254 donors have already invested in our efforts to shed light on the dark and seamy corners of finance. Join us and participate via our Tip Jar, which shows how to give via credit card, debit card, PayPal, or check. Read about why we’re doing this fundraiser, what we’ve accomplished in the last year, and our current target.

Good2Go Smartphone App Gauges Partner’s Informed Consent Before Having Sex CBS San Francisco (EM). Um, if the program gets it wrong, is the app maker liable?

How Twitter became the LinkedIn of the adult industry Pando. Replacing Craigslist?

Nigeria’s Actions Seem to Contain Ebola Outbreak New York Times. Note the sorta reassuring lead story at the Grey Lady, now that the dread disease is in the US, and not by virtue of having doctors flown in for treatment. Oh, and the next story there is about the Dallas case.

Hong Kong. In the interest of brevity, I am only giving a few updates; Lambert has been doing a very able job in the Water Cooler with protest coverage (he’s made this one of his specialities during Arab Spring and remember, was actually on location during the Thai uprisings), so check in later!

ISIS at the Gates of Baghdad Patrick Cockburn, Counterpunch

Chertoff warns ISIS could hit US targets The Hill (furzy mouse). So what changed the consensus from the opposite view as of about ten days ago? The need for more funding?

Piracy Police Chief Calls For State Interference to Stop Internet Anarchy TorrentFreak (furzy mouse). Notice this is led by the City of London, which is a teeny but very powerful undemocratic little state. Even the Queen has to get permission to visit.

Your medical record is worth more to hackers than your credit card Reuters. I’ve refused to see doctors and labs that want to use a SSN as an identifier for this reason, plus doctors’ systems are vastly less well protected than those of financial services firms.

Ello Can’t Keep Up With the 45,000 Hourly Requests to Join: Anti-tracking manifesto has led to massive growth Adweek (furzy mouse)

No Price for the Mad Charles Pierce, Esquire. The big piece piece that Pearce refuses to notice is that Republican extremism is terribly useful to the Democrats. It allows them to sell out on economic matters, which is what matters to wealthy backers, and sorta hold the line on their main point of branding difference, social identity group issues.

California governor vetoes drone warrant bill Reuters. EM: “Brown’s explanation turns the 4th amendment on its head – the cases where a warrant is *not* required should be the “exceptions”, not the other way around.”

Why inequality is such a drag on economies Martin Wolf, Financial Times

The Middle-Class Litmus Test for the Economy Wall Street Journal

Antidote du jour (hat tip David L). OK, confession time. How many of you have cats who’ve managed to train you to turn on the tap for them? 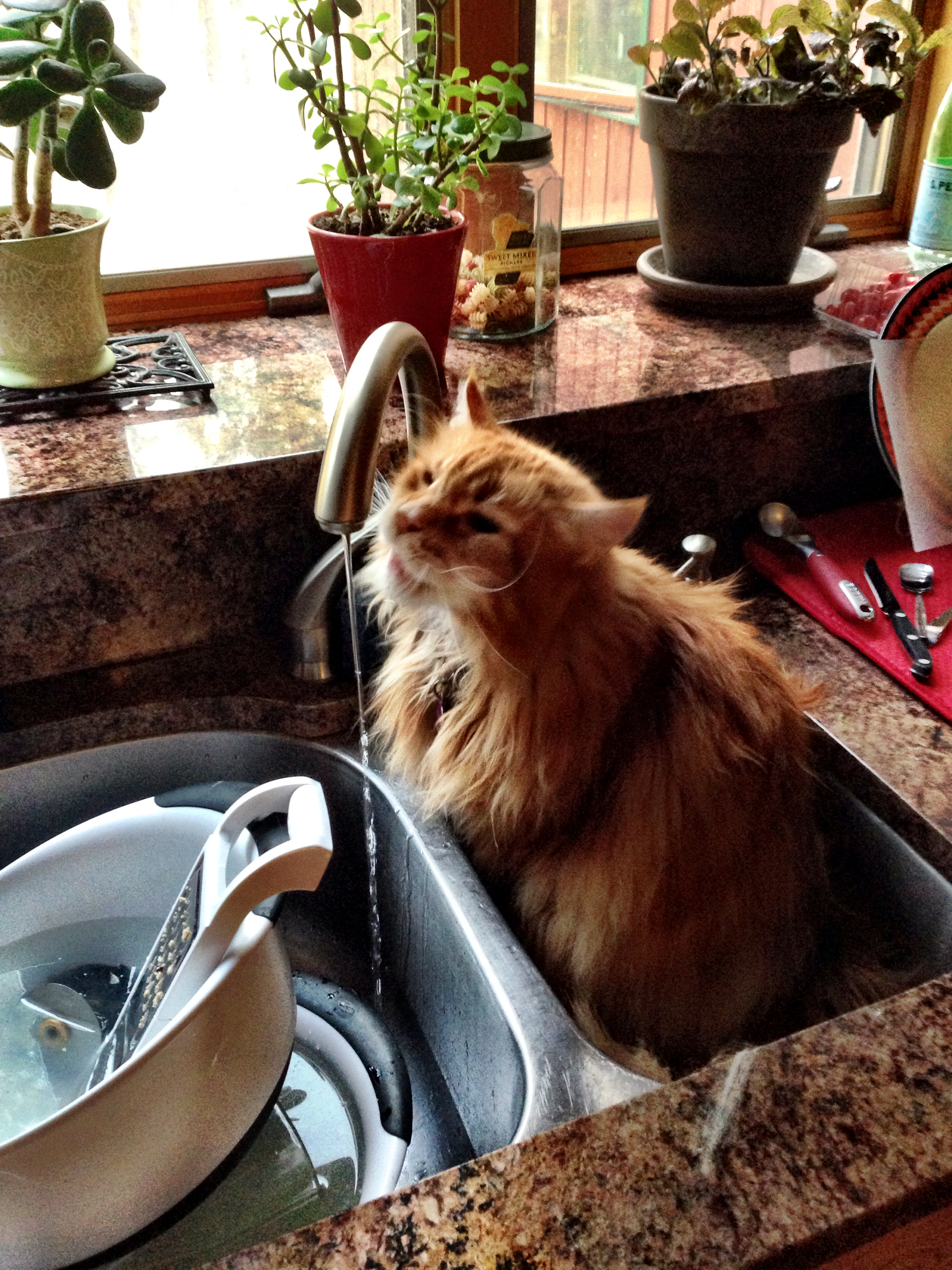