“Ready for Warren” [WaPo]. (And Wall Street really needs to do better defending Antonio Weiss than this. “Experience,” sure, sure, but “experience in what?” is the question.)

Already, we’re talking the “electoral map” [Salon]. Where’s that melon baller? I need it for my eyes.

Dana Milbank on the “tea party of the left” [WaPo]. Without the squillionaire funding and breathless press coverage, of course.

Three caravans to congregate in Mexico City November 20, day for which national general strike has been called [Al Jazeera] (#YaMeCanse; #AyotzinapaSomosTodos). Not clear on the leadership of the strike, or local expectations. Readers?

Caravan of relatives of 43 students stopped and searched by military and immigration officials (?) as they enter Oaxaca [Prensa Latina].

Nearly 60 percent of Mexicans work in the informal economy, and around half its population lives below the poverty line.

Jason Marzack, a Latin America researcher from the Atlantic Council in Washington, D.C., told FNL, “In [Mexican President] Peña Nieto’s first two years in office, he’s done a remarkable job of putting reforms forward, but most of the benefits of these reforms aren’t being felt. The energy, electricity and telecom reforms should create jobs, but the benefits are a few years away.”

Gee. That sounds familiar. I wonder why?

Nobody counts police killings in the U.S. [St Louis Post-Dispatch]. What we don’t measure, we don’t want to manage.

Anonymous vs. the KKK [ZD Net].

Some portions of Admiralty “cleared” after suit by state-owned Citic, Ltd.; most untouched [Roydon Ng].

PPI (producer price index for final demand), October 2014: Monthly headline inflation up 0.2 percent vs. expectations of 0.1 percent down. “Inflation remains sluggish at the producer level on an average basis” [Bloomberg]. Services and food outweigh slump in oil [Bloomberg]. And the rise could be a “statistical quirk” tied to gas prices [Business Insider].

Redbook, week of November 15, 2014: Steady for the week, up year-on-year, down month-on-month, but November sales are back-loaded to Black Friday [Bloomberg].

On the USA Freedom Act, best lead ever: “For those charged with gathering the information our government needs to keep us safe, the news has been grim” [WSJ]. Laurel & Hardy, Vladimir & Estragon, Mutt & Jeff, Hayden & Mukasey….

About that pivot to Asia [Asia Times]

The whole Eurasian landmass is likely to become a Chinese economic zone, especially now that Russia is more amenable to Chinese terms. That the Americans would have helped bring this to fruition by tilting at windmills in Ukraine baffles the Chinese, but they are enjoying the result.

We seem to be killing fewer children with drones [New Yorker]. 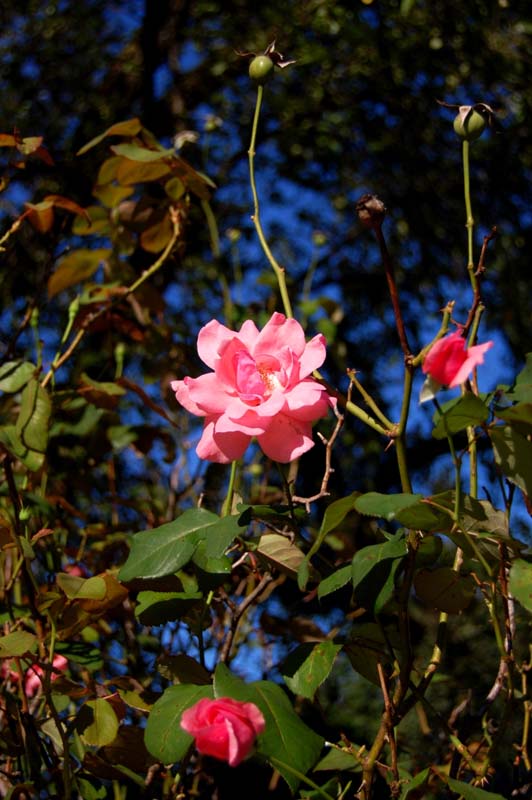