Yves here. Helmer was first to provide in-depth reporting on the US citizen and State-Department supported Natalie Jaresko, who was mysteriously parachuted into the post of Ukraine Finance Minister a few weeks ago. Jaresko is in the midst of a nasty divorce from her former business partner. As Helmer wrote:

It hasn’t been rare for American spouses to go into the asset management business in the former Soviet Union, and make profits underwritten by the US Government with information supplied from their US Government positions or contacts. It is exceptional for them to fall out over the loot.

Helmer gives us the latest update on this protracted battle, and what it says about the Natalie Jaresko’s willingness to play fast and loose.

A federal US court in Colorado has begun proceedings on charges that Natalie Jaresko (lead image, right), the US national who was appointed Finance Minister of Ukraine this month, lied to the US State Department and violated US passport laws, after she misled a Ukrainian court in September into issuing a judgement it lacked the legal authority and the evidence to make.

Documents presented to the US court on November 21 also accuse the US Embassy in Kiev of being improperly influenced or misled into accepting the record of a Ukrainian court proceeding from which Ihor Figlus, Jaresko’s husband between 1989 and 2011, says he was excluded unlawfully. Figlus is a US citizen of Ukrainian extraction now living in a suburb of Denver. He is alleging in US District Court that Jaresko has tried to persuade the State Department to issue a US passport to the 10-year old daughter of their marriage with a ruling from a Kiev judge who believed the child was a Ukrainian citizen, not an American. Jaresko, according to Figlus, has manipulated the State Department with “rulings obtained in a foreign country whose judicial system is widely recognized by the Government of the United States as being deficient and corrupt.”

According to a Ukrainian legal specialist cited in the US court file, Jaresko “deceived the [Ukrainian] court” by preventing Figlus from participating in the proceedings, and then getting the court to rule on the child and violating Ukrainian law “which it could not apply in this matter.” Figlus has asked the Colorado court to order the State Department not to issue the passport.

A European bank source currently working on Ukrainian financing issues says Jaresko’s private life can have no bearing on her performance as the new finance minister. “Noone wants to know about her divorce, no matter how nasty. That’s what divorces are.”

Other sources see the case as about the public credit and veracity of a new minister of state, not about family squabbles and child custody. “What counts now,” says a European investigator close to Ukrainian dealmaking, “is what sort of counterparty Jaresko makes in big-money deals. What does the record of what she has done to manipulate the Ukrainian judge and her contacts at the US Embassy in Kiev tell you about what she will do to the Ukraine’s creditors?” Other banking sources say that if Jaresko’s veracity and the legality of her actions are tested in the US court, then the proceedings will impact on her credibility in negotiations with European Union governments and multilateral lending organizations. “If the US judge says there is a smell, the bankers are likely to reach for their nose masks.”

Litigation between Jaresko and Figlus in the Ukrainian courts began in mid-2011, and continued through a higher court ruling in Kiev in May of 2013. At issue were differences over the division of assets and debts accumulated during their 21-year marriage; the value of the divorce estate was estimated by the courts to be worth about $6 million. The inventory recorded in the court documents included a house in Kiev; a land plot; antique furniture; Caucasian rugs; Ukrainian art; car; investments; and loans from Horizon Capital, an entity which the couple set up in Kiev in the mid-1990s with a US Government grant of $150 million.

From the beginning of the Ukrainian proceedings, the court recorded evidence that Jaresko, Figlus and their two children were US citizens; that they had moved between the US and Ukraine frequently, living and working in both countries. Jaresko’s employment by the US Government was not revealed in the records. Her residence in Kiev, along with the two children, is attested from 2011.

Jaresko has also sued Figlus in the Chancery Court of Delaware, a US state, for control over investments in the Emerging Europe Growth Fund, managed by Horizon Capital. That story can be read here.

In the latest episode, a document of the Svyatoshinsky District Court of Kiev, dated September 11, 2014, reveals that Jaresko applied for a court order permitting one of the two children of the marriage to receive a passport for travel outside Ukraine. The court found that in the event that permission of both parents could not be obtained, the court had jurisdiction to order this for a “minor citizen of Ukraine”. The ruling by the presiding judge, A.Ya. Volchko, granted Jaresko permission to apply for the child’s passport. The evidence in Volchko’s ruling is that he knew Jaresko was a “foreigner”, but didn’t know the child was a US citizen, and that the passport Jaresko was seeking was from the US Embassy in Kiev. 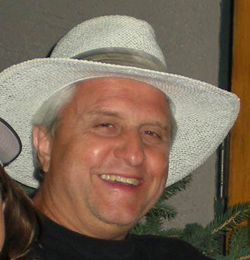 Figlus (right) has since told the Colorado court he was not notified in advance of the Kiev hearing in September, nor of the Volchko ruling, until October 9, when he received a letter from the Office of Children’s Issues at the State Department in Washington. This claimed that “a person applying for [the child’s] passport has presented sufficient evidence to establish sole authority under US law to apply for the child’s passport.”

The language of the State Department letter refers to the standard form of application for a US passport, DS-11. So as to stop well-known abuses and kidnapping, this form sets out special conditions when only one parent is applying for a child’s passport. Because Figlus was refusing to consent, Jaresko had the option of risking the US perjury law by making a statement Figlus might challenge later on as false.

Her alternative was to produce “primary evidence of sole authority to apply”. A Ukrainian court ruling on Ukrainian law applied to Ukrainian children was hardly “primary evidence”, and if Jaresko had committed perjury in Judge Volchko’s court, the record has been lost – at the time Volchko apparently didn’t notice. But note the word twist at State when the letter to Figlus drops “primary evidence” in favour of “sufficient evidence”. Which US official decided that, in Kiev or Washington, may expose more than Jaresko to investigation in the Colorado court – if the case continues.

Another month elapsed, according to Figlus, before the State Department released to him a copy of the September 14 Kiev court ruling. A Ukrainian legal opinion was then obtained by Figlus, and relayed to the State Department. This expressed “incredulity that a US government institution would accept a Ukrainian court decision which was clearly based on laws governing citizens of Ukraine (and my daughter does not have Ukrainian citizenship) as an ‘order’ to issue a passport…and that the ruling was made in absentia because Jaresko misled the court about my [Figlus’] place of residence.” 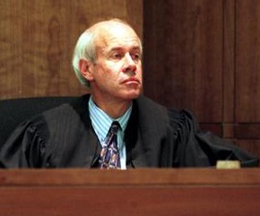 Figlus’s application to the Colorado court is for an injunction preventing the State Department and the US Embassy in Kiev from issuing the passport. The federal court docket records the case was assigned last week to Judge Brooke Jackson (right). The State Department, which is represented by the US Attorney’s Office in Denver, has yet to file a reply.

Figlus refuses to respond to questions. This week he posted a Facebook notice disclaiming a role in press coverage of his conflict with Jaresko. “I congratulate Natalie Jaresko on her appointment as Finance Minister of Ukraine,” he said, “and wish her all the best in performance of the difficult tasks ahead. For Ukraine’s sake I hope that she is successful.”

Jaresko was asked for her response to the court claims. Today at Horizon Capital in Kiev, a spokesman said Jaresko had resigned as chief executive on December 2, 2014. “Given your questions to Ms. Jaresko are of a personal nature and have no relation to Horizon Capital, we suggest you contact her or her attorneys.” At the Ministry of Finance in Kiev, there was no response from Jaresko.