Framed as a review of Hillary Clinton’s book, but quickly branches out [London Review of Books].

When Gaddafi was killed, Clinton was jubilant. ‘“We came, we saw, he died,” she crowed, laughing as she clapped her hands,’ Allen and Parnes report. ‘Libya’s liberation, for better and worse, was Hillary’s War.’

How are the Democrats supposed to organize debates if Clinton, the presumptive nominee, has no challenger? [National Journal]. C’mon! There’s got to be some oxygen in the room!

Liberal donors fund poll to make the case — to Warren? — that Warren could defeat Clinton [Politico].

Whither Benghazi? [Wall Street Journal, ” Benghazi Hearing: A Prelude to Clinton 2016? “] I don’t know what the question mark is there for. Anyhow, the two parties can’t agree on the timing.

The Mittster has a conference call today with supporters to “update” them [Bloomberg]. Romney thinks he’s the best candidate in the field, his polls are good, he’ll run a better campaign this time (*** cough *** Orca). “Romney is said to see Bush as a small-time businessman whose financial transactions would nonetheless be fodder for the Democrats.” True, dat. BREAKING: Hugh Hewitt says “No go.” Confirmed. So now we don’t need to worry about what on earth the justification for a Romney campaign could be, and start asking the same question about Jebbie.

Jebbie and the Schiavo case [Politico]. Was that when Bill Frist, M.D. made a diagnosis from what he saw a TV screen? Good times.

Walker on ethanol. In Iowa: “That’s something that should I be a candidate in the future, I probably would have to take a stand on that” [Bloomberg].

Philly station releases video of Christie falling off a chair in-studio, in revenge for Christie’s support of Dallas [Wing Bowl].

The most generous counties in presidential politics, 1980 to 2012 [WaPo]. Interesting to watch the constants (Manhattan’s Upper East Side) and the variables (local oligarchies of the candidates).

Pelosi would like to see Obama given fast track authority [Reuters].

Obama to House: “We need to stand up and not be defensive about what we believe in!” [Los Angeles Times]. “Obama! Barack Obama!”

Anybody who thinks Bloomberg’s hideous redesign makes it “easy to navigate content” doesn’t navigate a lot of content. Despite the obsequious coverage at, say [Neiman Labs], the designer and editor should be taken out behind the barn and shot. Apparently, the theme was taken from Businessweek’s print edition. Clue stick: Print doesn’t have infinite scroll, and in print, the whole page can be taken in at a glance, so fewer navigational cues are needed.

Employment Cost Index, January 30, 2015: Above consensus, “certain to register with the hawks” at the Fed [Bloomberg].

“It is nearly impossible to determine how many people are killed by the police each year” [Wall Street Journal, “Hundreds of Police Killings Are Uncounted in Federal Stats”]. Gee, that’s odd.

“My mom told me to start filming, but when I took out my phone, the cop was like, ‘Don’t you dare!’ ” she said.” [Denver Post]. Right after they whacked a teenage girl.

Who knew the State of Nebraska would give a Canadian firm eminent domain powers? [McClatchy]. Keystone XL…

Out of curiosity, will BP be allowed to destroy the Atlantic seabed too, now that they’re done with the Gulf? [Daily Beast]. Oil is a nasty substance that should be hedged about with taboos. Leave it under the ocean!

“[O]f the domestic terrorism plots interrupted by law enforcement over the past decade, all but four were initiated by an informant-provocateur acting under FBI supervision” [Guardian]. Self-licking ice cream cone.

On the UK’s Counterterrorism and Security Bill, which sounds like it was written by the staff at The Onion after Franz Kafka took over the editorship, except it’s real [Spiked].

“Real estate interests are struggling to find a Silver replacement to back” [Crain’s]. What a shame!

Florida Governor Rick Scott had stake in pipeline firm whose $3 billion venture he and his appointees backed [McClatchy]. In a “blind trust” that wasn’t all that blind.

Rahm may not get the 50% of the vote he needs to avoid a run-off [Reboot Ilinois]. Filed under “Corruption” because Rahm.

“American corruption is exceptional, too” [Reuters]. Glad somebody’s saying this!

NHS hands contract to diagnose cancer and other illnesses in thousands of patients to Alliance Medical even though the NHS had offered to do the work for £7 million less [Stoke Sentinel]. Conservative MP Malcolm Rifkind sits on the board of the private bidder [BuzzFeed].

“A Blueprint for Middle-Class Economics” [Barack Obama, HuffPo]. Makes it clear the pathetic, pissant nature of Obama’s proposal. Even when nothing’s at stake! I’m surprised school uniforms aren’t on the list.

“We’re in the midst of a Great Dereliction — a historic failure of leadership, precisely when we need it most” [Harvard Business Review]. I’m of two minds: On the one hard, derelict indeed. On the other, “leadership” is a staple of every fifth-rate book in the business section of your typical airport bookstore, and it’s hard not to see “better leadership” is a form of doubling down on the problem. 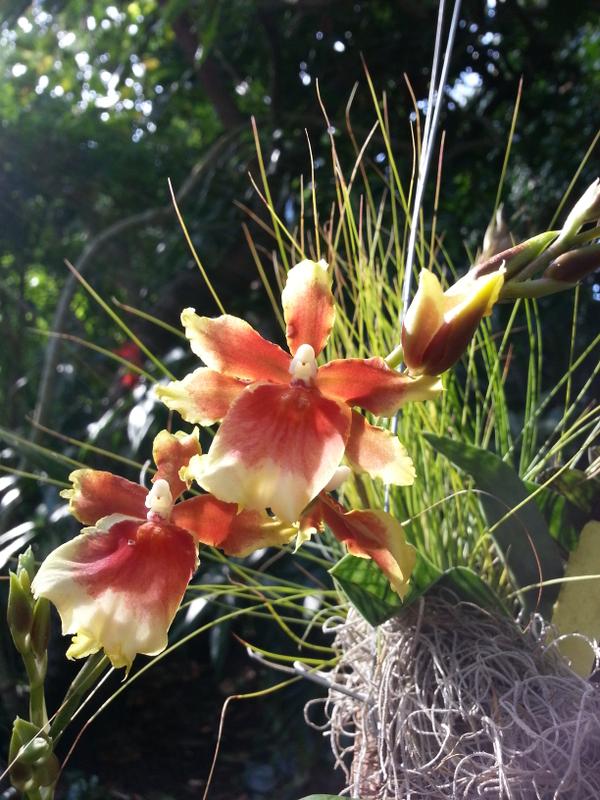 MM sent me a whole batch of orchid pictures, so we could have an “Orchid Week”! Would an other readers care to do the same? I mean, with other plants, although more orchids would be great, too! (I feel like that great fictional Manhattanite, Nero Wolf!)