You get extra Links today because Lambert is traveling and so his Water Cooler will be a variant from his usual formula.

Mario Cuomo, Governor and Galvanizing Orator, Dies at 82 Bloomberg. Nikki singles out this 1984 speech, which she remembered and located int the New York Review of Books archives: Religious Belief and Public Morality

Exclusive: CDC to hire lab safety chief after Ebola, bird flu mishaps Reuters. EM: “A mere “chief”? When it comes to governmental deck-chair-rearranging, I’m not sure I can take anything less than “czar” seriously anymore.”

Say Goodbye to ‘Made in China’ Bloomberg

Russians optimistic for 2015 despite it all Associated Press

Beyond the foreign policy lies: Our compliant media and the truth about American exceptionalism Salon. Verbose. but makes some good observations towards the end.

If the Supreme Court tackles the NSA in 2015, it’ll be one of these five cases ars technica (Nikki)

Democracy and Its Discontents Truthout (furzy mouse). The assumptions in this piece are questionable, verging on blaming the victims.

De Blasio and the Men in the N.Y.P.D. Who Turn Their Backs New Yorker

The NYPD’s ‘Work Stoppage’ Is Surreal Matt Taibbi, Rolling Stone (Michael C). So why are no protestors taking advantage of this wonderful opportunity? Will the police crack down only on “I can’t breathe/Black Lives Matter” protests? If someone were smart, you’d have a day of coordinated protests of different types, large enough scale to be the type that the city would try to stop (experts can correct me, but if you want media attention too, I think you need 1000 each minimum). So how about 5 protests, say two on police brutality in different locations, Occupy Wall Street seeing how long it can occupy Zucotti Park again, and pick your favorite other two crowd-worthy issues (say anti war and anti surveillance, but I’m just making suggestions). Then the NYPD will look like super idiots if they crack down only on the police-related ones, and the protestors win if they make a point by continuing to stand aside.

The Economist leaves Janet Yellen off its list of most influential economists Guardian. I try hard not to look for sexism as the main explanation for stuff like this, but it’s hard not to see it as the culprit, particularly since economics manages to be even more sexist than mathematics. But one possible sorta justification is that Yellen has a long history of being a classic two-handed economist.

Problems stack up at US Pacific ports Financial Times

Housing Market Faces Affordability Pressures Wall Street Journal. As Wolf Richter has been saying for a while…

On Nerd Entitlement New Statesman. Chuck L points out the comments are good too.

What We Know About Inequality (in 14 Charts) WSJ Economics

Where Will All the Workers Go? Nouriel Roubini, Project Syndicate

The Story Behind Wage Fixing in Hollywood Real News Network

Antidote du jour (Robert M). This is NOT Photoshopped! And a day late, but evokes Janus. From Science Daily:

No, this bird didn’t dye its feathers. The half-red, half-white plumage of this northern cardinal (Cardinalis cardinalis) is the result of gynandromorphy. In other words its sex chromosomes did not segregate properly after fertilisation, so the bird is half-male, half-female. Males are usually bright red all over while females are a more subdued white, but due to the developmental quirk, the bird’s colours are split down the middle. 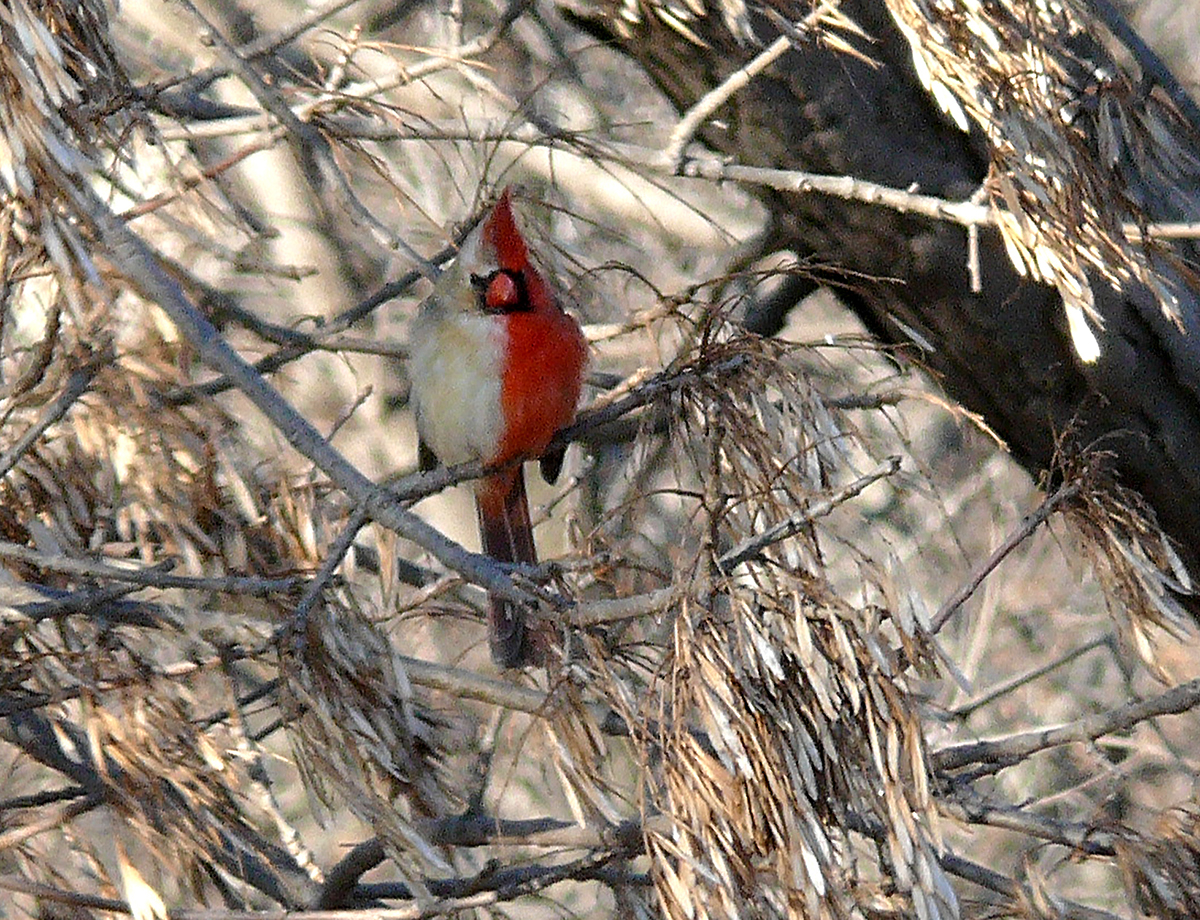