Sanders at Brookings: “[W]e are moving rapidly away from our democratic heritage into an oligarchic form of society” [Common Dreams]. Moving?

The Clinton Foundation has collected as much as $81m from wealthy international donors who were clients of HSBC’s controversial Swiss bank [Guardian]. Ka-ching.

Hillary Clinton has made two public appearances since Christmas [WaPo]. Both were in Canada. She’s scheduled to headline the $295-a-head Lead On conference for women at the Santa Clara Convention Center on Feb. 24 [San Francisco Chronicle].

Jebbie’s tech problems (2): That big email dump was poorly redacted or not at all; contains Social Security numbers (!), and much other personally identifying information [The Verge]. So who let that happen? (John Cassidy’s think piece on Bush misses the story, then, too [The New Yorker].)

“During his political career, Walker has taken in more than 595,000 contributions totaling more than $77 million” [USA Today].

Rubio says his legislative experience is deeper than Obama’s when Obama ran [National Journal]. Deeper than a shallow puddle?

Larry Sabato on Jindal: “Louisiana’s finances are a bloody mess and Jindal has been running things for seven years. He can’t simply blame it all on the price of oil” [NOLA].

The Buzzfeed Obama interview: Here’s a quick summary of the material on CDOs, the foreclosure crisis, the financial collapse, and the bailouts: ____________ [Buzzfeed]. Ben Smith makes Matty and Young Ezra look like Woodward and Bernstein before the rot set in. “A disorienting new media conversation” my sweet Aunt Fanny.

Explainer on how money flows to campaigns, with handy diagrams [National Journal].

Times New York real-estate serial exposé moves on from Malaysian oligarchs to Mexican ones [New York Times]. The swag the 0.01% buy with their wealth.

Interview with Cisco CEO on digital disruption [Wall Street Journal]. Oddly, or not, the acronym “NSA” does not appear.

MBA Purchase Applications, week of February 6, 2014: “The purchase index fell 7.0 percent in the February 6 week for the 4th straight fall but still remains in the plus column on a year-on-year basis, but only by plus 1.0 percent” [Bloomberg]. Bloomberg seems to have taken away the URL for this individual stat, though not for others. If they take away all URLs for Economic Calendar pages as part of the redesign, I guess I’ll just have to add them to my glass bowl collection.

Florida lawyer hands out cards at DUI checkpoints: “I remain silent. No searches. I want my lawyer.” [The Tribune].

Guardian hires Chelsea Manning as a contributing opinion writer [Mediate]. Good for them!

Oregon Governor Kitzhaber quietly looking to shut down inquiries, after promising ethics review [Oregon Live]. The inquiries: The Attorney General, the Ethics Commission, the public records fight, a reported FBI investigation, and two potential recall campaigns [Oregon Live]. That’s a lot of fronts to fight on at once. The essence of the scandal, from yesterday’s Water Cooler:

A new batch of emails released Friday show [Oregon First Lady] Cylvia Hayes directed state employees how to implement a new policy while she was being paid $25,000 by an advocacy group to promote it.

The emails appear to erase any doubt that, as first lady, Hayes was taking money in her private role and pushing the same policy in her public one.

Interestingly the Oregon stories linked to today don’t give this background, suggesting that they think their readers already know it. That’s not good for Kitzhaber.

Lancet Psychiatry Journal: Around 45,000 suicides each year are attributable to unemployment, according to a survey of 63 countries published Wednesday [Japan Times].

Hey, remember when a contract counted for something, even if was for a pension? [WaPo]. Good times. Note the deceptive headline: WaPo calls contracts “promises.” Not the same.

Real weekly earnings are up [Jared Bernstein, WaPo]. Because of longer hours and falling prices. 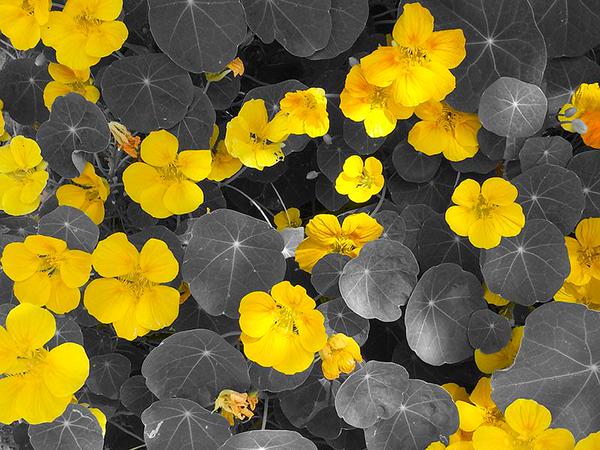 I hasn’t known that nasturtiums were edible flowers. But they are!