Axelrove: “I know Elizabeth Warren well, and my strong feeling is she’s not going to run” [HuffPo]. Nor would she win. “Look at the polling. Hillary is probably as well-positioned within her own party as any open seat candidate has been in our lifetime.”

“Shocking poll” shows Warren leading Clinton in New Hampshire and Iowa [Washington Examiner], but pay no attention: “In this case, the Run Warren Run poll includes a string of ten leading questions that paint Warren in an exceedingly favorable light” [National Journal]. Warren should rein these clowns in. Fake polls aren’t what the Warren brand is about. I assume. Or puffery. The Nation (wouldn’t you just know it) tries to put lipstick on this pig.

Hillary Clinton physically appears in Manhattan, takes a meeting with London Mayor Boris Johnson [Express]. Johnson: “Secretary Clinton was very, very clear that she thinks there should be more engagement, more support from the West, from the UK, in backing the Kurds, backing the Peshmerga against Isis.” Fun to watch Hillary making sure there’s no daylight between her and Lindsey Graham on blowing faraway brown people to pink mist.

“Tensions in the Clinton team” [New York Times]. The problem here is that this narrative is so shopworn it’s hard to tell if the story is true.

Democratic National Convention to be held in Philly [Inquirer]. In The Wells Fargo Center. Well, at least that’s a change from Bank of America!

Bush’s donors love a dynasty, but that doesn’t mean the base does [The Hill]. Bloomberg/St. Anselm poll of Republican primary voters:

“Bush video touts visit to Shinola” [Detroit News]. Make up your own jokes! Oh, wait, the Shinola brand was bought by luxury watch makers. So make up some other jokes!

Walker goes to London, fails to impress. Asked whether he believes in evolution: “I’m going to punt on that one as well” [WaPo]. “Punt? Some sort of small boat, what?”

Huckabee and Paul slated to appear in “Light Wins: How To Overcome The Criminalization Of Christianity” [HuffPo].

“If homosexual activists get everything they want, it will be nothing less than the criminalization of Christianity,” argues an unidentified man featured in the “Light Wins” trailer. A second trailer, also posted by Right Wing Watch, argues that the Boy Scouts of America “needlessly caved to a dark sexual agenda that violates the safety [and] innocence of our children” perpetrated by the “homosexual lobby.”

Democrats start to form a united front against Republican-led efforts to open the Fed’s internal discussions of interest rate and other policy matters to the public [Reuters]. After Elizabeth Warren gave them all cover, one might add.

Goldman: Oil price crash caused by over-supply, not lack of demand, and here to stay [Bloomberg].

Twitter buys Niche, a startup that acts as a “talent agency” online video celebrities with advertisers [AFP]. As long as I can block them…

Google the next AOL? [New York Times]. “The future of online advertising looks increasingly like the business of television.” Heaven help us.

Office of the Controller of the currency order closes last bank in Somalia handling money transfers; remittances from the Somali diaspora supply about half the country’s GNP. This shuts off Hawala as well [Guardian].

Intense debate at NBC over firing Brian Williams for Iraq disinformation (they didn’t) [WaPo]. So finally somebody pays a professional price for lying about Iraq! And to think cynics and naysayers said this would never happen.

Time-Warner holds “educational forum” on municipal broadband in Maine, which has some of the lowest broadband speeds in the country [Daily Dot].

The nation’s second-largest cable and Internet provider paid for the hotels and lavish meals of the politicians who attended the conference, which was held in Cape Elizabeth. These lawmakers “were served steak dinners,” according to the Maine Center for Public Interest Reporting (MCPIR), “and some were put up for the night in rooms that retail for $205 to $355 per night.”

Rep. Mark Dion, a Democrat who attended the conference and ate two meals on TWC’s dime, told MCPIR, “I think this idea of meals and conversations is how Augusta [the state capitol] functions on some level.”

UK Home Secretary Theresa May picks New Zealand judge to investigate “claims that senior figures in British public life participated in a violent pedophile ring, and that they were protected by an establishment cover-up spanning more than three decades” [Vice].

Money politics and Keystone XL [Informed Comment]. Nothing we didn’t know, but with numbers. 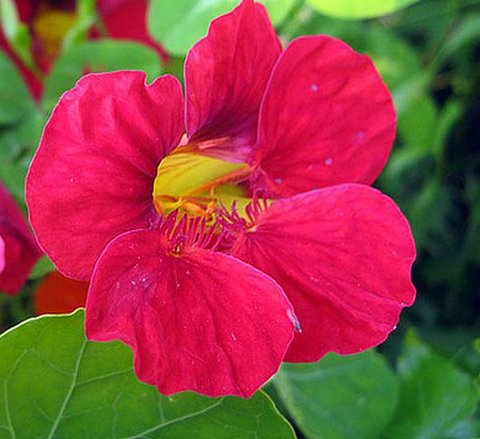