O’Malley: “We have a responsibility to put [another Wall Street meltdown] outside the realm of the possible — by reinstating Glass-Steagall and holding people accountable when they break the law” [Daily Iowan].

“If it’s the ideas you’re interested in, it’s worth paying attention to former Maryland Governor Martin O’Malley who is actually waging the campaign people want to see from Warren” [Yglesias, Vox].

“Progressives may not be able to change who is nominated but they can affect who is in the room with the nominee and the forces the nominee has to contend with if they reach the Oval Office” [Salon]. So therefore they don’t need Warren to run.

“What has been clear, or should have been clear, since Clinton’s rise to the top of the 2016 field, is that such controversies are what you get with the Clintons—take it or leave it” [WaPo]. We’re getting not just a dynasty, but a dynastic network.

Hillary Clinton: “I think we have a fun deficit in America” [Bloomberg]. Well, the median household wealth level dropped 43% from 2007 to 2013. So perhaps there’s not a lot of fun to be had at prices people can afford. That’s why it’s good to be a hedgie!

Jebbie and the Rush primary [Politico].

“During his very recent campaign for a second term, Gov. Walker said his primary focus after election would be governing Wisconsin, because that would be the best credential if he were to run for the presidency” [Journal-Sentinel]. “How’s that working out for us?”

“Cruz led a shutdown of the federal government in October 2013 as part of an effort to defund the Affordable Care Act” [Houston Chronicle]. So into the Clown Car he goes.

Cruz throws his hat in the ring at Liberty University [Daily Beast]. “The Cruz strategy will not include aggressive, direct attacks on Paul. Instead, the Texan’s strategy will be passive aggressive: Cruz will praise his opponents on the issues they have common ground on, while the real criticism will be left unspoken and implied.” Passive aggressive? Sounds like a Democrat, to me.

The trick for Cruz it to be not only be the preeminent figure in the Tea Party lane but also the preeminent Social Conservative [WaPo]. It’s going to be entertaining to watch.

“In the 2012 presidential race, conservative candidates similar to Cruz often pulled the GOP primary field along with them” [National Journal].

Obama “froze out” the State Department when negotiating with Cuba [Reuters]. Starting in 2013, so it’s Kerry, not Clinton.

Financing surgery with peer-to-peer loans [Bloomberg]. What could go wrong?

Retirement accounts are now likely to include riskier private stocks from Silicon Valley start-ups like Uber, Airbnb and Pinterest [New York Times]. What could go wrong?

IBM must help China build its IT industry rather than viewing the country solely as a sales destination or manufacturing base, said CEO Virginia Rometty [Reuters].

Google is sticking with Glass “because the technology is too important to scrap,” says glassholes’ glasshole Executive Chairman Eric Schmidt [Wall Street Journal].

Existing Home Sales, February 2015: “The housing market is soft though there are some signs of life in this report including the month’s gain for single-family sales. New home sales, like sales of existing homes, have also been soft and a decline is expected in tomorrow’s data” [Bloomberg].

Garcia on budgeting: “If we’ve learned anything over the past four years from this administration, it’s that there’s good reason to think that the books are cooked” [Sun-Times]. Be nice if a scandal about that blew up just about now.

Garcia announces his support of a national tax on financial transactions aimed at big banks [In These Times].

“Since 2009 the Chicago Police Department has opened at least six investigations that involved spying on citizens, internal police records show. Four of the investigations were launched during the first term of Mayor Rahm Emanuel” [Chicago Reader].

“Back in 2006 … there was one Democrat who quickly determined that [the] nascent progressive movement was a major threat to the status quo. His name was Rahm Emanuel” [Salon].

If you can believe the Sun-Times, Rahm has a 16 point lead [Sun-Times].

“The rainiest months in Southern California are December through March. Since Oct. 1, downtown L.A. has recorded 7.4 inches. About 12.8 inches would be considered normal. The total in March has been a paltry .87 inches” [Los Angeles Times].

Organizers said 80,000 protesters marched in Dublin on Saturday in the latest mass protest against new water charges [Reuters]. Many held Greek flags “in solidarity with the stricken euro zone member.”

So much water is being pumped out of the ground worldwide that it is contributing to global sea level rise [Center for Investigative Reporting].

UVa students discuss tensions with police [WaPo]. “[P]hotographs showed student Martese Johnson with his face covered in blood as white officers held him to the ground.”

Ferguson Alternative Spring Break [USA Today]. More originality from #BlackLivesMatter. I don’t recall any movement-building organizing like this from Occupy, for example.

Readers, feel free to contact me with (a) links, and even better (b) sources I should curate regularly, and (c) to find out how to send me images of plants. Vegetables are fine! Fungi are deemed to be honorary plants! See the previous Water Cooler (with plant) here. And here’s today’s plant, the first of “I Wish It Were Spring!” week two (JN): 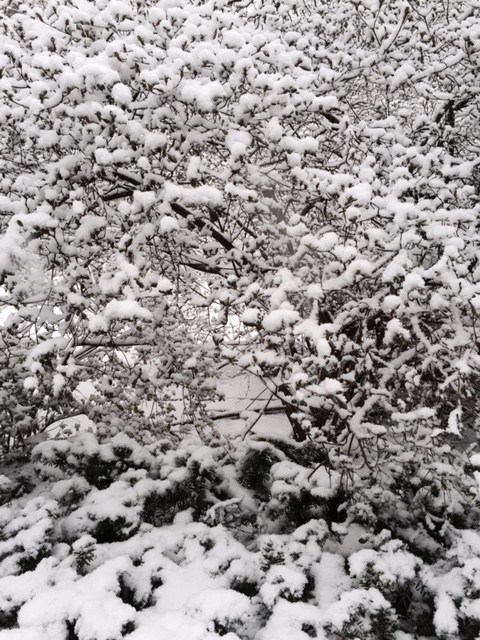