IMF warns of long period of lower growth FT. Cheaper servants and guards, so what’s not to like?

The U.S. Job Market Is Losing Its Dynamism Bloomberg

TPP as Important as Another Aircraft Carrier: US Defense Secretary The Diplomat

In Photos: One Year Later, a Look at the Forming of the Donetsk People’s Republic Vice

Is there any possible Iran compromise between Obama and Congress? Maybe not. WaPo

Overstretched and Under Pressure, the U.S. Air Force Remains the Backbone of Current Operations CFR. When they get the F-35, everything will be jake.

The newest Duggar baby is named Israel, his father announced in an IDF T-shirt WaPo

China will struggle to keep its momentum Martin Wolf, FT

Rich People Are Great at Spending Money to Make Their Kids Rich, Too The Atlantic

Slack’s Stewart Butterfield, In His Own Words Inc. See “On the financial rewards of a successful startup,” and “On caring about your work.”

Maine farmers: Cultivating a profit from organics MaineBiz. (Here is the non-organic treatment of the same theme).

Having Fun LRB. Public shaming on the Internet.

Dark Leviathan Aeon. “The Silk Road might have started as a libertarian experiment, but it was doomed to end as a fiefdom run by pirate kings.” In a totally rights-respecting manner, of course. 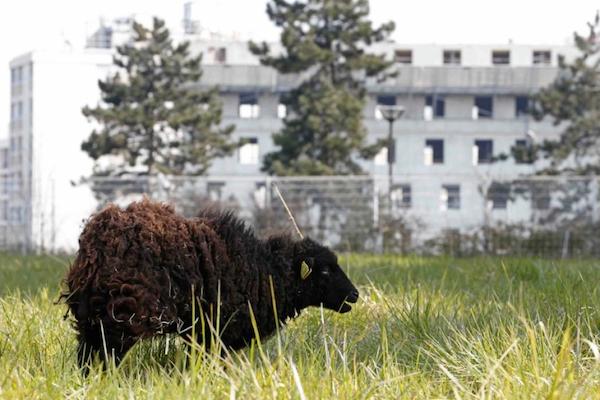 Readers, I struggled to find French animals suitable for Yves’s visit to Paris, but the best I could do is this sheep maintaining the lawn at the National Archives, and while that’s the sort of initiative I support, it’s not a very good best. Thoughts?