Obama should really stop lying about how secret TPP is [Newsnet5].

[Rep. Tim Ryan:] “Right now you have to go into the same room that we get classified briefings in, that’s how secretive this whole process has been,” said Ryan who headlined a labor rally in Akron Tuesday against TPP.

The members enter the room alone, with no staff who can help break down the language in the deal. You can take notes, Ryan said, but they must be left behind.

“We’ve never seen anything like this,” he said. “I sit on the Defense Appropriations Subcommittee, since 9/11 we’ve had a ton of classified briefings and that’s common procedure. You can take notes, but you got to leave them and to have that same thing happen for a trade agreement where our jobs are at stake, our communities are at stake, investment is at stake. It’s kind of mind-boggling.”

It turned out that the most important aspect of NAFTA was the Mexican financial liberalization that allowed Mexico’s rich to cheaply purchased political risk insurance from Wall Street by getting their money into New York.

And draws this conclusion:

[DeLong’s] bottom line from all of this is that “analyzing modern trade agreements as if they were primarily Ricardian deals is likely to lead one substantially astray” [Understatement of the century ZOMG!!!!!]. The deals encompass a much wider range of issues, and the biggest impacts can pop up in unexpected places. We know who gets a seat at the table in the TPP negotiations and who does not, but actually understanding its implications is very challenging.

We know what kind of deal this is, and it doesn’t take a seventy-five cent phrase like “Ricardian equivalence” to figure it out. Warren Buffet: “If you’ve been in the game 30 minutes and you don’t know who the patsy is, you’re the patsy.” We don’t know the deal. Ergo, we’re the patsies. There’s probably some fancy name for this over there in the information arbitrage silo, as opposed to here in trade silo, but somebody smarter than me will have to supply that.

It is particularly noteworthy that the three NAFTA countries are each in the top 11 most-challenged countries under the ISDS system. This high rate of challenge in our view has little to do with a rule of law deficit in the U.S. and Canada. Instead, it represents investors taking
advantage of easy access to a special legal right available only to them in an alternate legal system.

That’s a great argument, which I missed (April 30). I guess Tribe has given up on that Supreme Court seat at last. But and so a good letter!

Carter knows his stuff on defense. But contrary to his claim, TPP is not likely to strengthen our manufacturing sector, increase jobs for American workers or raise the growth rate of the American economy.

Presumably, that’s why he and other administration spokespeople now justify the proposed agreement as a means to keep China from having a say in how business is done in Asia.

But the U.S. government’s insistence that TPP include the intellectual property terms demanded by Hollywood, Big Pharma and patent-trolling American lawyers clearly has more to do with appeasing domestic lobbies than with creating jobs by increasing exports.

Maybe Obama’s just running the same scam he ran to get ObamaCare passed: Cutting a deal with Big Pharma is enough to get the job done.

Former Reagan trade rep: It’s all about the children. And the grandchildren [The Hill]. If there are any, since one sane response to the economy our elites have created, today and tomorrow, is to remain child free.

Brown University Senior and HuffPo intern: “Sens. Sanders and Warren must understand policy can’t be made on the stump, and this deal is about more than just their own party prerogatives” [HuffPo]. Really? What’s wrong with running an election centered on policy?

“[T]he secretive TPP trade agreement is a rare trade deal because instead of just disadvantaging unskilled labor, whose jobs have mostly been shipped overseas resulting from past trade deals, TPP disadvantages an entire society regardless of socio-economic class” [Value Walk]. Ouch! Interesting to see the the approach the right takes, having finally gotten involved in this debate…

Obama to stump for TPP at Nike in Oregon [Reuters]. Quote from the guy handling Nike’s PR, Peter LaMotte:

[LaMotte:] “While there will always be those who remember Nike for the child labor issues, the vast majority of the American public will associate them more with Air Jordans.”

WMUR Granite State Poll: Sanders support doubles to 13% post-announcement (Clinton: 51%, Warren: 20%) [CNN]. Of course, just because Vermont and New Hampshire are neighbors doens’t mean they like each other.

On banks: “If an institution is too big to fail, it is too big to exist” [Reuters]. Boring banks that are small, that’s the ticket.

“Sanders is better positioned to exploit this resentment against the one percent that many pundits understand” [The Atlantic]. This Vermonter didn’t come from a Wall Street family…

“Americans now view Mrs. Clinton more favorably and as a stronger leader than they did earlier in the year, despite weeks of scrutiny about her ethics” [Political Wire]. This is not hard to understand: The American people understand that there’s good money to be made throwing shit at the Clintons, and admire Clinton for standing up to it, regardless of the merit of the shit being thrown. As for me, I’m still waiting for the corruption leaderboard. Journimalism opportunity!

Chelsea: “My family is no stranger to scrutiny and neither is the foundation” [WaPo]. Neener neener.

What Americans don’t want to see in a President (handy chart) [WaPo].

Productivity and Costs, First Quarter 2015: “The grinding halt that the economy came to the first quarter pulled nonfarm productivity down by 1.9 percent and inflated unit labor costs by 5.0 percent” [Bloomberg]. Wait, wait. I thought “the” economy was doing great? These people can turn on a dime!

Gallup U.S. Job Creation Index, April 2015: “More American workers have reported that their employers were hiring over the past year than in the six years prior, with the latest data from April representing a new high mark” [Bloomberg].

MBA Mortgage Applications, week of May 1, 2015: “The purchase applications index continues to offer the earliest signals of spring momentum in the housing sector” [Bloomberg]. Rates up.

USPS Inspector General audits contract with CBRE, one of the largest and most politically wired real estate firms in the country, owned by Richard Blum,DiFi’s husband. Criminal investigation of kickbacks, “appraisal discrepancies,” “serial conflicts of interest” [East Bay Express]. Maybe some prominent Democrat — say, one who’s running for President — should address corruption in the state and local Democratic parties (I know, I know….), because there seems to be rather a lot of it about.

Even more important than yesterday’s Skelos indictment: Charles Dorego, bagman for uber-donor Leonard Litwin, has been singing to the Feds [Capital New York]. Pass the popcorn.

An important article on liberal Deblasio’s instant first appointment, Bill Bratton. When Obama says “community policing,” this is what he means [Harpers, “Beyond the Broken Window” (You can probably find an online version by seaching on the title)].

By the time Bratton left the department, in 2009, Los Angeles had quietly become the most spied-on city in America and a proving ground for corporations to test out new surveillance technologies. …

The hunt for new surveillance technologies is ongoing: a delegation of senior LAPD officials traveled last year to Israel, where they were shuttled by minibus on a tour of security and intelligence companies. (The depart – ment’s relationship to the country was first forged under Bratton, who made regular visits.) … [O]ne item of particular interest to the police was a drone that carries cameras with facial-recognition capabilities and can intercept wireless communications.

And now Bratton is back in New York! Say, I wonder if the NYPD offered the BPD any fraternal assistance during the recent evetns and, if so, what is was, and who coordinated it?

Surveillance planes (Cessna 182T, NG Research) spotted in the sky for days after West Baltimore events [WaPo]. On the twitter! “a previously secret, multi-day campaign of overhead surveillance by city and federal authorities.” Oddly, or not, the Federal authority is not named. And “NG Research” is located at Box Number 722, in Loudon County, VA. Smells like the Army of Northern Virginia, eh? And why am I suddenly reminded of tracking CIA torture flights?

Mayor Stephanie Rawlings-Blake calls for Justice investigation of BPD for “excessive force or discriminatory policing” [AP]. Justice could be running on Civil Rights-era brand fumes at this point. Both surveillance (see above) is huge and finance (finance; evictions) are huge parts of the problem (and any problem). Will Rawlings-Blake call for those to be investigated, too?

BPD officer charged with false arrest misdemeanor claims the arrest was clean, because Gray’s knife was spring-loaded [AP]. Probable cause aside, apparently state and city law differ. Watch spin on this; this has nothing to do with Gray’s killing, where the charges are felonies.

The money spent to arrest Freddie Gray would have sent him to college [City Paper].

And the truce between the Crips and the Bloods [City Paper]. Not that I’m cynical, but I would imagine BPD informers and agent provocateurs are doing all they can to blow this up.

Even well-intentioned online fundraisers can go awry; make sure that the money raised goes directly to those its meant to benefit [WaPo]. As Marx said: “Love flies out the door when money comes innuendo.”

What it would take for a second UK election [Buzzfeed]. Parliamentary trainwreck coming? UK readers?

UKIP suspends candidate after shooting threat [Asia One]. Looks like Axelrod isn’t the only American import….

“[I]f dry conditions become the new normal, how much longer can — and should — California’s fields feed the country? And if they can no longer do so, what should the rest of the country do?” [Think Progress]. One thing we should do is grow as much food locally as we can, and that would include protecting local and non-industrial farms from global competition.

iPhone could be tool in genetic studies [Technology Review]. Typical elite focus on their precious genes….

“[R]ight now Americans are inundated with a variety of liberal politics that try to turn what should be political reckonings against the truly powerful into an epidemic of guilt and complicity” [Jacobin].

Peter Thiel is a horrible human being [Re: The Auditors].

Thiel is, instead, the embodiment of a technocratic elitist and libertarian individualist with one goal: growth in wealth. He has no answers about what this wealth should be good for. He never talks about ethics. Mostly he talks to show off his sense of superiority and that of his “Pay-Pal mafia”. His assumption of superiority breeds a sense of entitlement to command and to live forever.

If only all the squillionaires would fly off to Mars and leave us alone! 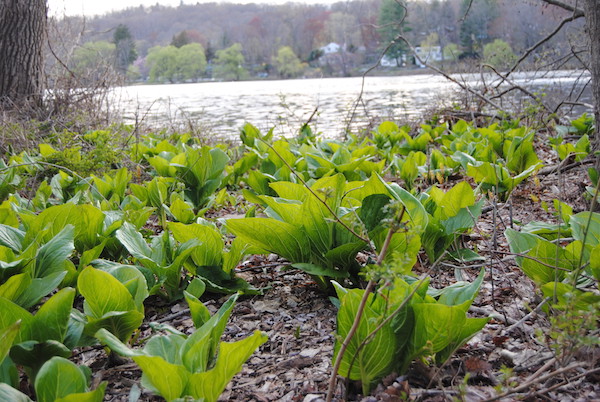 We are not quite so far advanced, up here along the Penobscot.