This photo shows a mysterious mechanism of the sun that has baffled scientists for centuries Business Insider (David L).

Why finance is too much of a good thing Martin Wolf, FT

JPMorgan Chase Writes Arrogant Letter to Its Swindled Forex Customers Wall Street on Parade. It’s not so much that they’re “arrogant”; I mean, they’re investment bankers, and water is wet. It’s that they’re still ripping their customers’ faces off. As they kindly explained in that letter.

City trader accused of being ‘ringmaster’ in Libor-rigging fraud boasted: ‘You want every little bit of money you can possibly get’ Daily Mail and Understanding the Libor Scandal CFR

UPDATE 2-U.S. SEC charges Atlanta firm over public pension funds Reuters. Abynormal: “They were under investigation since 2013… I am seriously SICK”

The taming of the Fed’s balance sheet FT

Was this an earthquake in Spanish politics? Not quite, but it’s coming soon Guardian

Europe’s anti-austerity movements: from Podemos to the SNP Channel 4 News

Grexit and the Morning After Paul Krugman, NYT

Key Iraq War Architect: “Our Objective Should Be a New Sunni State Out of the Western Part Of Iraq, the Eastern Part of Syria” Washingtons Blog

Steve Wozniak: Edward Snowden is ‘a hero to me’ Fortune

Supreme Court Agrees to Settle Meaning of ‘One Person One Vote’ NYT. I have a bad feeling about this… And: Major test on voter equality set for review SCOTUSblog

Elizabeth Warren: No Need to Stop Uber-ized Workforce, but Must Invest in Education, Research ReCode. Eesh. Senator. So today’s “Shafting Economy” kidz have to wait twenty years for your policies to kick in? And go even more into debt? WTF?

Tim Smeeding on how to reduce income inequality Lane Kenworthy

PowerPoint should be banned. This PowerPoint presentation explains why. WaPo

The mystery of the power bank phone taking over Ghana Quartz 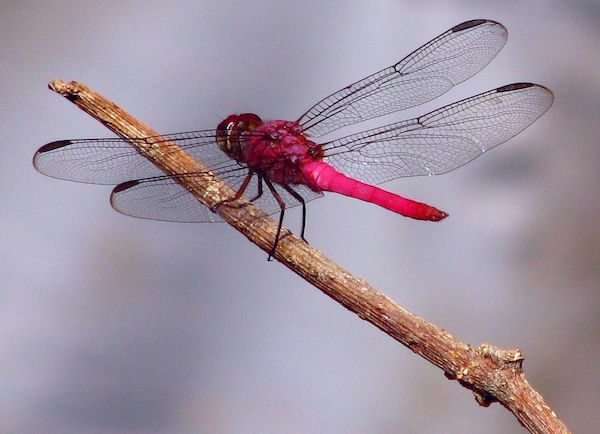 I was super chuffed to spot my first dragonfly of the season yesterday!