Here are the INET Finance & Society speech transcripts from Janet Yellen and Christine Lagarde. The entire day’s events here. And Yellen made news there, with her “irrational exuberance”-like comments on stock valuations. I’m sure Yves will have plenty to say about it.

Your Winter Vegetables: Brought to You by California’s Very Last Drops of Water Mother Jones

WH takes on Reid over trade The Hill

Clinton Campaign Chairman On Trade Deal: ‘Can You Make It Go Away?’ Huffington Post

Dodd-Frank Rules Could Shave $895 Billion Off Economic Growth Over a Decade, Think Tank Says – Real Time Economics WSJ. Regardless of what you think of Dodd-Frank, this is one of the most hackish things I’ve seen in quite a while. Doug Holtz-Eakin, who used to consider himself a moderate, pulls a number out of his posterior that even he knows is fake. “Clearly, such a computation is subject to large uncertainties,” he says. “It doesn’t change the growth rate dramatically—it’s not even a percentage point,” he adds. “Everyone should take this all with a grain of salt… I have no belief that I’ve nailed it.” And then WSJ runs it anyway with a big headline including the number that Holtz-Eakin spends the entire article disavowing. Shorter version: “This is a meaningless number, but it is big, and therefore important.” What clowns.

Andrew M. Cuomo: Fast-Food Workers Deserve a Raise NYTimes. The power of the Fight for 15 movement strikes again. This is pretty incredible.

Alberta Loses Its Goddamn Mind for the Fourth Time: A Guide for the Perplexed VICE

‘Our Demand Is Simple: Stop Killing Us’ – NYTMag

Los Angeles police chief disturbed after his cops kill an unarmed transient on Venice Beach Raw Story. This happened less than a mile from my house last night, in an area I frequent.

Aide to Kamala Harris, 2 others accused of running rogue police force – LA Times. “Aide” to Harris means in this case community affairs liaison, AKA “the guy who takes pictures of the Attorney General at events when she comes to town.” Not exactly a top counselor. 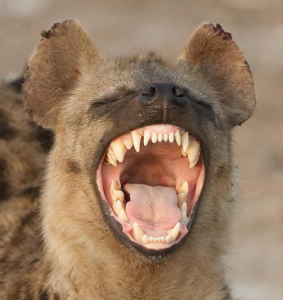